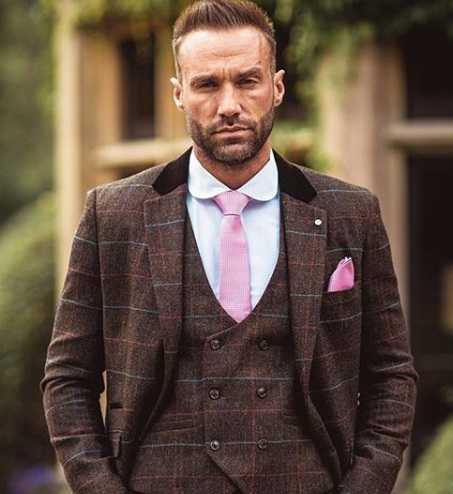 Calum Milan Best, better known by his stage name Calum Best, is a British-American model and television personality. He rose to prominence as the son of George Best, a legendary football player. He has starred in a variety of reality shows and series on television.

What is Calum’s most well-known achievement?

He is the son of a legendary footballer George Best.

He was born and raised in Los Angeles. His father is from Northern Ireland, and his mother is from England. Aquarius is his zodiac sign. He is the only sibling he has. At this time, no information about his formal education is available. It will be revised as soon as possible.

Since his mid-teens, he has worked as a model.

When he was 21, he moved to his parents’ native United Kingdom.

His TV career began with appearances on the reality shows Fool Around With and The Match.

He went on to appear in two seasons of ITV’s Celebrity Love Island.

In August 2006, he won the second series of Celebrity Love Island.

On the final episode of ITV’s Footballer’s Wives, he made an appearance.

In 2006, he starred in the ITV2 series Calum, Fran, and Dangerous Danan.

He also began his career in the fashion industry.

Calum, a men’s fragrance, was released in late 2006. Jigsaw ESL was responsible for the fragrance’s production.

Later, he released “Best,” his second fragrance, and “Day and Night,” his third fragrance.

In 2008, he was also featured on MTV’s Completely Calum Best.

In 2009, he appeared as a guest judge on the reality show Paris Hilton’s British Best Friend. On the stage, he put the contestants’ flirting skills to the test.

He was the host of the BBC TV documentary Brought Up By Booze: A Children in Need Special, which aired in 2009. The documentary tracked the lives of children raised by alcoholic parents.

In 2010, he appeared on Channel 4’s Come Dine With Me. Janice Dickinson, Samantha Fox, and Jeff Brazier were among those he dined with.

In April 2012, he hosted an online bingo session via webcam at Bingocams UK.

In 2012, he was crowned Celebrity Bainisteoir.

In 2015, he took part in the 15th season of Channel 5’s reality show Celebrity Big Brother. He came in third place on the show.

In 2017, he returned for the second season of Famously Single.

In 2017, he returned to the 19th season of Channel 5’s reality show Celebrity Big Brother to compete. He came in seventh position this time.

In March 2017, he screened the documentary My Best.

He is a patron of the National Association for Children of Alcoholics in the United Kingdom (NACOA). The charity helps children who are affected by a parent’s drinking.

Calum Best is 1.88 meters tall, or 6 feet and 2 inches tall. He weighs 196 pounds or 89 kilograms. He has a robust physique. His chest measurement is 44 inches, his arm measurement is 16 inches, and his waist measurement is 25 inches. His eyes are gray, and his hair is light brown. He has a lot of tattoos all over his body.

What is Calum Best’s net worth?

Calum Best makes a living as a television star. He has starred in a variety of reality shows and series on television. He’s even done some modeling work. He also works in the luxury industry and has his own line of fragrances. His approximate net worth is $8 million.

Our contents are created by fans, if you have any problems of Calum Best Net Worth, Salary, Relationship Status, Married Date, Age, Height, Ethnicity, Nationality, Weight, mail us at [email protected]