Cameron Johnson professionally known as Cam Johnson is an American professional basketball player. The Minnesota Timberwolves selected him with the 11th overall pick in the 1st round of the 2019 NBA Draft. 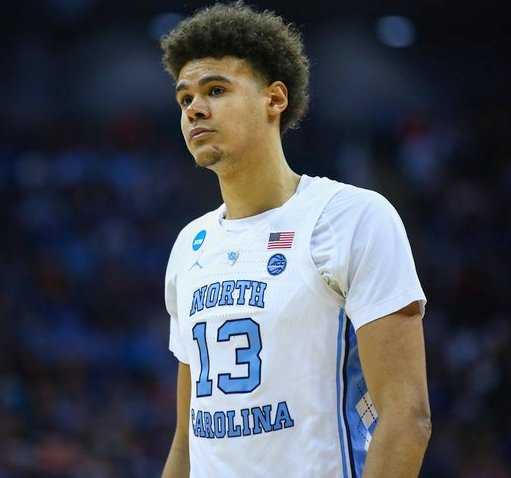 Cameron Johnson professionally known as Cam Johnson is an American professional basketball player. The Minnesota Timberwolves selected him with the 11th overall pick in the 1st round of the 2019 NBA Draft. He was then immediately traded to the Phoenix Suns. He played college basketball for the Pittsburgh Panthers and the North Carolina Tar Heels. He has already garnered over 81k followers on his Instagram.

What is Cam Johnson Famous For?

Where was Cam Johnson Born?

– Cam Johnson was born on 3 March 1996. His birth name is Cameron Johnson. His birthplace is in Moon Township, Pennsylvania in the United States. He holds an American nationality.

After graduating from high school, he committed to play for the Pittsburgh Panthers of the University of Pittsburgh.

He was forced to redshirt his freshman year due to missing much of the season due to injury.

He graduated from Pittsburgh with a degree in communications in three years.

He took advantage of the graduate transfer rule and moved to North Carolina without sitting out a year.

He was sidelined for 10 games after undergoing surgery in November 2017 to fix a torn meniscus.

He averaged 12.4 points, 4.7 rebounds, and 2.3 assists per game in his first year at North Carolina.

He averaged 16.9 points, 5.8 rebounds, and 2.4 assists per game in his final year at North Carolina.

The Minnesota Timberwolves drafted him with the 11th overall pick in the first round of the 2019 NBA draft.

He was then immediately traded along with Dario Saric to the Phoenix Suns for Jarrett Culver. Culver was drafted 6th overall.

Who is Cam Johnson Dating?

Cam Johnson is unmarried and reportedly single. No rumors regarding his affair have surfaced yet. He has maintained a low profile regarding his relationship status. He is more focused on his NBA career.

What are Cam Johnson Body Measurements?

What is Cam Johnson Net Worth?

Cam Johnson earns from playing professional basketball. He was drafted in the 2019 draft. He has a long career ahead of him. He will surely earn quite a fortune in the coming years.

Our contents are created by fans, if you have any problems of Cameron “Cam” Johnson Net Worth, Salary, Relationship Status, Married Date, Age, Height, Ethnicity, Nationality, Weight, mail us at [email protected]