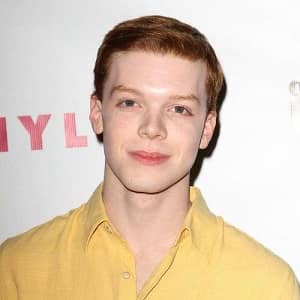 What is the age of Cameron Monaghan?

Cameron Monaghan was born as Cameron Riley Monaghan in Santa Monica, California, on August 16, 1993. As of 2020, his age is 26. He was born as the single child of his single mother, Diane Monaghan. His mother used to work as an insurance claims specialist. Because of her work, she and Cameron moved to Florida.

Diane got his portfolio made and sent it to various modeling agencies because she thought he could be a great model in the future. At the age of 5, he made his first magazine catalog appearance, and soon he developed an interest in acting. His ethnicity is Caucasian.

At the age of 9, Cameron made his acting debut with ‘The Wishing Stone’. After that, he appeared in more movies such as ‘Brothers in Arms’ and ‘Desperate Hippies’. The following year, he made his TV debut with ‘The Music Man’.

In 2004, he got his breakthrough as a child with special needs in ‘Malcolm in the Middle’. His character was a recurring one but later got promoted to the main cast. For his works in the series, he won the ‘Young Artist Award’ for the ‘Best Performance in a Television Series – Recurring Young Actor.’

In 2005, he had roles in ‘Avatar: The Last Airbender’, ‘Threshold’, and ‘Ned’s Declassified School Survival Guide’. He also made appearances in several TV series such as ‘Criminal Minds,’ ‘Monk,’ ‘The Mentalist,’ and ‘Three Rivers’.

In 2009, he bagged a role in the Hallmark TV film, ‘Safe Harbor’ which also became widely appreciated. The same year, he also appeared in the drama film, ‘Another Harvest Moon’ in which he portrayed Jack. His talents and potential were slowly being recognized and a year later, he landed the role of Ian Gallagher in ‘Shameless.’ His performance in the series was considered very good and he received several award nominations for the role.

In 2015, he bagged the role of the twins, ‘Jerome and Jeremiah Valeska’ in CW’s DC Comics-based series, ‘Gotham’. The character was a tribute to one of the most recognized villains of all time, ‘The Joker’. His portrayal of the twins earned him a Teen Choice Awards.

Some of his movie credits include ‘Prom’, ‘Vampire Academy’, ‘Mall’, ‘Amityville: The Awakening’, ‘Reign of the Superman’, etc.

What is the Net Worth of Cameron Monaghan?

Cameron Monaghan has an estimated net worth of around $5 million as of 2020. His primary sources of income include acting and modeling. Still at a young age, Cameron’s net worth is expected to grow along with his filmography.

How tall is Cameron Monaghan?

Monaghan stands at a height of 5 feet 11 inches and weighs around 70 kg. He has brown hair and a pair of green eyes.

As of August 2020, Cameron seems to be single. He is enjoying his single life without any affairs or girlfriend as of now.

Previously, he dated Peyton List for around two years before calling it quits back in January 2019. The ex-couple first met while working in the movie, Anthem of a Teenage Prophet.

Prior to that, he also dated British model, Sadie Newman in 2015 but broke up the same year. After his break up with Sadie, he dated his Shameless co-star, Ruby Modine from 2016-2017.

Is he active on social media sites?

Our contents are created by fans, if you have any problems of Cameron Monaghan Net Worth, Salary, Relationship Status, Married Date, Age, Height, Ethnicity, Nationality, Weight, mail us at [email protected]