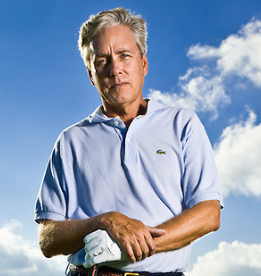 Carl Hiaasen is a very popular and professional American  Novel writer. He has written more than 25 novels which are very popular worldwide and classified as humorous crime fiction and environmentalism and political corruption. He had divorced his previous wife Connie Lyford with one child and his present spouse’s name is Fenia Clizer with one child.

Carl Hiaasen, an American professional writer was born on March 12, 1953, and raised in the city of Plantation, Florida. Carl Hiaasen is the son of Odel (an attorney) and Patricia (a teacher). He was the first child among four, born to his parents. His father brought him a typewriter and he started to write at the age of six. He graduated his high school from Plantation high school. Then, he joined Emory University from 1970 to 1972. After that, he was transferred to the University of Florida. There he wrote for The Independent Florida Alligator which is the daily student newspaper. Then, He graduated from there with a degree in Journalism in 1974.

Carl Hiaasen started his career by joining the Miami Herald, a daily newspaper as a general assignment reporter in 1976. He went to work for the weekly newspapers magazines and prize-winning investigative team. He has been a regular journalist columnist for the newspaper since 1985. Being a regular columnist, his columns have been taking into three published volumes named Kick in 1999, Paradise Screwed in 1991, and Dance of the Reptiles in 2014. Carl Hiaasen started writing novels after becoming an investigative reporter. He began writing novels in the early 1980s with his friend journalist, William D. Montalbano in his spare time. Then, together they wrote three books which are classified as mystery thrillers named: Powder Burn in 1981, Trap Line in 1982, and A Death in China in 1984 which was the great motivation for them to write even more. After that he wrote his solo novel “Tourist Season” which was published in 1986, featuring a group of eco-warriors who kidnap the Orange Bowl Queen. Then, his next novel “Double Whammy” was about sex, murder, and corruption.

Novels and His Achievements

Hiaasen himself is also the writer of several popular novels. He himself writes novels focusing on young readers such as Hoot (2002), Flush (2005), Scat (2009), Skink (2014), squirm (2018). He has also written many Audit fiction Novels, Nonfiction Novels, Short stories, etc. His popular novels are Skinny Dip, Bad Monkey, Sick Puppy, Razor Girl, Nature Girl, etc. His novel Razor Girl was short-listed in England for the Bollinger Everyman Wodehouse award for comic fiction which was his great achievement. He had received many awards and achievements from his novel such as Newbery honor from the Association for Library Service To children for novel Hoot, National book Award, Dagger award Nominee, and so on.

Today, his column appears in the Herald’s opinion and editorial section on Sundays. It can be viewed online easily on www.herald.com. His books feature environmental subject matters, castes, and different plots that are filled with adventure for the young book readers. Among all, 18 novels and books have been listed on the best seller in New York Times which has been translated into 34 languages worldwide. Recently, his brother, Rob Hiaasen, a managing editor and columnist at the Capital newspaper in Annapolis, Maryland was shot and killed in a mass shooting at the newspaper’s office on June 28, 2018, which was very sad news for him. Recently, he had written a new novel named Squirm which was expected to release on September 25, 2018, which is an entertaining novel involving grizzlies, a missing dad, snakes, and more.

Our contents are created by fans, if you have any problems of Carl Hiaasen Net Worth, Salary, Relationship Status, Married Date, Age, Height, Ethnicity, Nationality, Weight, mail us at [email protected]