Carrie Symonds is a British political activist, conservationist, and the fiancée of the Prime Minister of the United Kingdom, Boris Johnson. 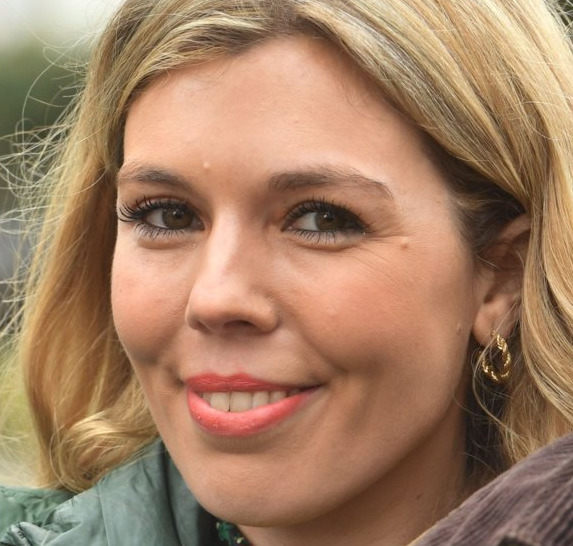 Alexander Boris de Pfeffel Johnson is famed as Boris Johnson is a British politician who is currently serving as Prime Minister of the United Kingdom since July 2019. He is also serving as the Leader of the Conservative Party since July 2019. He has been the Member of Parliament (MP) for Uxbridge and South Ruislip since 2015 and was the MP for Henley from 2001 to 2008. He is also a controversial figure within British politics and journalism.

Prime Minister Boris Johnson has promised a faster rail route between Leeds and Manchester, claiming the benefits would be “colossal”. In a speech in Manchester he gave his backing to the trans-Pennine transport link to “turbo-charge the economy”. Standing in front of Stephenson’s Rocket he said mass transport systems enabled people to prosper. Greater Manchester mayor Andy Burnham said he wanted “to see real action now to back up the prime minister’s words”. He said the full details of the Leeds-Manchester route would be published in the autumn following the review into HS2. An audience of about 100 people gathered at the Science and Industry Museum in Manchester to listen to Mr. Johnson’s speech. He set out the four “ingredients” for the success of the UK as liveability, connectivity, culture, and power and responsibility. He said this meant areas having great public services, enough affordable homes, safe streets, fast broadband, and more responsibility and accountability for local areas. In June 2019, the Department for Transport would not confirm when a decision on HS3 would be made but estimated it could cost up to £39 Billion.

Boris Johnson was born on 19th June 1964 as Alexander Boris de Pfeffel Johnson in New York City, the United States. He has both American and British citizenship. He was born to a father, Stanley Johnson, and a mother, Charlotte Fawcett. He has Circassian-Turkish, English, German, French, Russian ancestry. He also has 3 siblings named Rachel, Leo, and Joseph. He attended Winsford Village School, Primrose Hill Primary School, and European School, Brussels I. He received a King’s Scholarship to study at Eton College in Eton, Berkshire. He was admitted to the Eton Society in later 1981. After completing his studies at Eton, he went to Australia, where he taught English and Latin at an elite independent boarding school at Timbertop. He also won a scholarship to read Literae Humaniores at Balliol College, Oxford. He was popular at Oxford. He won the position of Union president at Oxford in 1986. His religion is Christian. As of 2019, he celebrated his 55th birthday.

The career of Boris Johnson

Boris Johnson is a married person and he was married to Allegra Mostyn-Owen. They got engaged while at University. They later got married in September 1987. The couple separated in 1990 and their divorce was finalized in 1993. He then moved in with his childhood friend, Marina Wheeler in 1990. They got married in May 1993. He has four children, two daughters, and two sons. They separated in 2018. As of today, he is reportedly dating Carrie Symonds, the daughter of Matthew Symonds, a co-founder of The Independent newspaper, and Josephine Mcaffee, a lawyer. The couple is enjoying their life happily.

Net Worth of Boris Johnson

Boris Johnson is a very famous and successful person and his career has paid him a lot of fortune and fame. He has a net worth of £18 Million as of 2019 but his exact salary, income, earnings per month has not been revealed yet but it will be added soon. There is no doubt that he is satisfied with his earnings.

Our contents are created by fans, if you have any problems of Carrie Symonds Net Worth, Salary, Relationship Status, Married Date, Age, Height, Ethnicity, Nationality, Weight, mail us at [email protected]