Chadwick Boseman was an American actor. 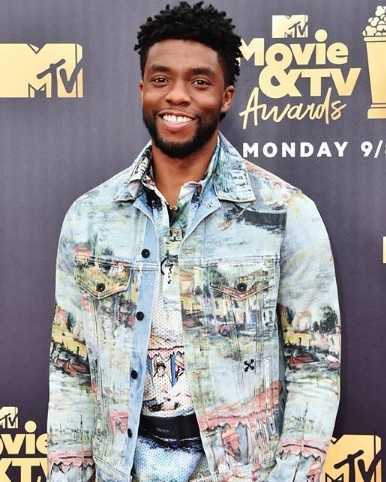 Chadwick Aaron Boseman, popularly known by the name Chadwick Boseman was an American actor. He is best known for his role as the superhero Black Panther in the Marvel Cinematic Universe films Captain America: Civil War, Black Panther, and Avengers: Infinity War. He will reprise the role of Black Panther in the final series of the 2019 Avengers: Endgame. His other best-known films are 42, Get on Up, Draft Day, Message from the King, and Marshall. He has also appeared in numerous television series. The Black Panther actor died of colon cancer on 28 August 2020.

Black Panther star Chadwick Boseman died of colon cancer on 28 August 2020. Boseman died of complications from colon cancer at the age of 43. He passed away with his wife and family by his side. He was diagnosed with stage III colon cancer in 2016. His cancer progressed to stage IV before 2020. The actor did not speak publicly about his cancer diagnosis and completed filming several movies, Marshall, Da 5 Bloods, Ma Rainey’s Black Bottom, and others. His family announced his death via an official statement,

“It is with immeasurable grief that we confirm the passing of Chadwick Boseman.⁣ Chadwick was diagnosed with stage III colon cancer in 2016 and battled with it these last 4 years as it progressed to stage IV. A true fighter, Chadwick persevered through it all, and brought you many of the films you have come to love so much. From Marshall to Da 5 Bloods, August Wilson’s Ma Rainey’s Black Bottom, and several more, all were filmed during and between countless surgeries and chemotherapy. ⁣It was the honor of his career to bring King T’Challa to life in Black Panther. He died in his home, with his wife and family by his side. ⁣The family thanks you for your love and prayers, and asks that you continue to respect their privacy during this difficult time.”

What is Chadwick Boseman known for?

Where is Chadwick Boseman from?

Chadwick Boseman was born on 29 November 1976. His birth name is Chadwick Aaron Boseman. He was born to a father, Leroy Boseman, and a mother, Carolyn Boseman. He was born to African-American parents and belongs to Black ethnicity. His birthplace is in Anderson, South Carolina, in the United States. He holds an American nationality. He follows the Christianity religion. His zodiac sign is Sagittarius. He has 2 brothers, Derrick and Kevin.

He attended college at Howard University in Washington, D.C., where he graduated with a Bachelor of Fine Arts in directing in 2000. His teacher, Phylicia Rashad helped raise funds to help Boseman and some classmates to attend the Oxford Mid-Summer Program of the British American Drama Academy in London. He initially wanted to become a writer and director. He returned to the United States and graduated from New York City’s Digital Film Academy. He started his career from Brooklyn. He worked as the drama instructor in the Schomburg Junior Scholars Program at the Schomburg Center for Research in Black Culture in Harlem, New York.

He moved to Los Angeles in 2008 to pursue his acting career.

Who is Chadwick Boseman wife?

The Black Panther, Chadwick Boseman was a married man. He was married to singer Taylor Simone Ledward. The couple reportedly started dating in 2018. However, they were spotted together on several occasions since 2015. Together, they made several red carpet appearances as well. The couple reportedly got engaged in October 2019 and got married somewhere in late 2019 or early 2020. Sadly, Boseman passed away at the age of 43 due to colon cancer.

Chadwick Boseman stands at a height of 1.83 m i.e. 6 feet tall. He has a body weight of 189.5 m i.e. 86 kg. He has an athletic body build. His other body measurements are currently unavailable. He maintains his body well. He has dark brown eyes and his hair color is black. He has curly hair.

What is Chadwick Boseman net worth?

Chadwick Boseman has appeared in numerous films and television series. He has appeared in some of the blockbuster films such as Captain America: Civil War, Black Panther, and Avengers: Infinity War. He has also appeared in Lexus LS 500 Super Bowl 2018 NFL commercial. As of 2019, his net worth is estimated at $12 million.

Our contents are created by fans, if you have any problems of Chadwick Boseman Net Worth, Salary, Relationship Status, Married Date, Age, Height, Ethnicity, Nationality, Weight, mail us at [email protected]