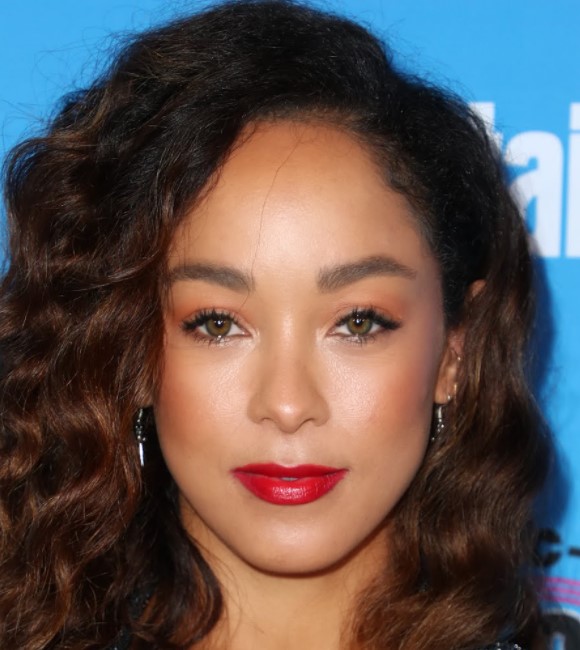 Chaley Rose is an American actress and singer who is well known for her role as Zoey Dalton in the ABC drama series “Nashville” from 2013-2015. Rose has acted in various films such as “Dinner for Two”, “A Christmas Duet”, “Channing”, and “Holiday Heist”. She has made her appearances in many TV series such as “Anger Management”, “Stitchers”, “Code Black”, and “Filthy Preppy Teens”. She has also provided several music tracks for albums like “Christmas with Nashville” and The Music of Nashville”. Rose portrayed the lead role of Josie Hughes in the Hallmark channel’s film “My Best Friend’s Bouquet” which got released in October 2020.

What is Chaley Rose famous for?

Famous as an American actress and singer

Where is Chaley Rose from?

Chaley Rose was born on November 29, 1986, in Columbus, Indiana, United States. Her birth name is Chaley Rose Jackson. She holds an American nationality. Her ethnicity is mixed. She is of Irish-German-African-American descent. Her race is black while Sagittarius is her zodiac sign. She is by Christain by religion.

Rose was born as the second child to Cheryl Owsley Jackson(mother) and Charles Jackson(father). Her father is a former artist while her mother worked as a reporter. Her parents got divorced after their 20 years of marriage. She has an elder brother, Charles E. Jackson, Jr.(Chase).

She was raised in her hometown, Columbus along with her brother. She did her schooling at Central Middle School. Later, she joined Columbus East High School. While in High School, she was a cheerleader, gymnast, and on the track team. She also was the school’s first black homecoming queen.

Rose attended Indiana University and got graduated in 2008. Since her childhood, she was interested in acting and music. So, she took many acting and music classes to enhance her skills. She also studied acting in New York City. Then, she moved to Los Angels to pursue her career as an actress and singer. While in Los Angels, she acted in many theatre shows.

Chaley Rose started her professional acting career by playing the role of Zoey Dalton in the ABC drama series “Nashville” from 2013-2015. She acted in the show’s 2nd and 3rd season.

Her role received good reviews from the juries. She also made her guest appearance in Nashville in its 4th season.

She also appeared on the TV show “Channing” as Jules/Nanny and in the television sitcom “Anger Management” as Barista for an episode.

In the year 2015, she made her guest appearance in the American science fiction drama series “Stitchers” as Sadie Morton for an episode.

She portrayed the role of Tarcher Bishop in the American satirical teen sitcom “Fifty Preppy Teens” for 8 episodes.

She appeared as Pepper Russo in “Code Black” and as Angelas in “Dinner for Two” in 2018.

Rose continued her acting career by acting in the two TV films: “A Christmas Duet” and “Holiday Heist”.

In 2020, she played the role of Josie Hughes in the TV film “My Best Friend’s Bouquet”.

She also made her appearance in the TV series “Lucifer” as Destiny Page for an episode “Detective Amenadiel”.

Besides acting, she is a well-established singer.

She also contributed 2 tracks: “Have Yourself A Merry Little Christmas” and “Celebrate Me Home” with the Nashville cast for “Christmas with Nashville” (2014).

At present, she is busy doing the shooting for her upcoming TV series and films.

Chaley Rose is not married and is currently single. She seems to be much more focused on her career than her personal life. Furthermore, she is a fun-loving girl and there must be many boys who would love to hang out with her and or go on date. At present, she is living a happy single life in her apartment in Los Angels. She loves her family and posts about them frequently on her social media accounts.

Previously, she dated her Nashville’s co-star, Sam Palladio. A few years ago, she revealed that she had a boyfriend who was her dream man. However, she did not reveal her boyfriend’s identity.

Chaley Rose has earned a good amount of money from her profession as an actress and singer. Having started her professional acting career in 2013, she has reached great heights in her career. With all of her earnings, Chaley Rose has an estimated net worth of $500k as of 2020. She also earns additional income from her endorsement deals. At present, she is living a luxurious and lavish lifestyle with her earnings.

Chaley Rose is a beautiful woman in her early 30s. She has a well-maintained slim body with brown hair and a pair of hazel eyes. She stands tall with a height of 5ft 7inches(1.7m) and weighs around 56kg. Her body measurement is 33-22-34 inches. She wears a shoe of size 6(US).

Our contents are created by fans, if you have any problems of Chaley Rose Net Worth, Salary, Relationship Status, Married Date, Age, Height, Ethnicity, Nationality, Weight, mail us at [email protected]