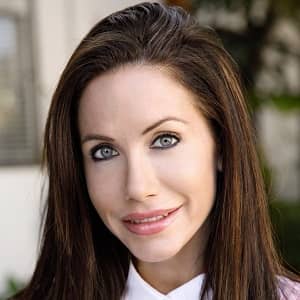 Channon Rose is a popular American model, Youtuber, and beauty vlogger. She also formerly worked in the adult film industry, and after retiring from that, she has become a popular Youtuber.

When was Channon Rose born?

Aside from some details on her early life, Channon has not revealed much about her parents, not even their names. However, she has stated that she has a difficult childhood as her parents divorced when she was only eight. Following that, her life would only get harder as her stepmother was abusive and unkind to her. She even got addicted to drugs and overdosed on several occasions. Her mental health was also bad due to the family issues but fortunately, she is doing a lot better as an adult. She also has a couple of sisters and stepsisters who are mentioned in her videos.

Talking about her education, Channon was not so fortunate. She did attend schools but was kicked out of three junior high schools. Later she was sent to a boarding school which was very strict and she did not have a good experience there. For further education, she attended a phlebotomy and EMT school and graduated as a medical technician. She even attended the Fashion Institute of Design and Merchandising in L.A.

How did Channon Rose start her career?

As of now, she has over 1 million subscribers on Youtube. Her content has also gotten more diverse and she includes storytime and vlogs along with her beauty and fashion-related content. Her transition to Youtube has worked great for her and she has even stated that she is very happy with her choice to leave the adult entertainment industry.

What is Channon Rose’s net worth?

As of 2020, Channon Rose an estimated net worth of roughly 300k U.S. dollars. She has not revealed her annual salary as of yet.

What are Channon Rose’s physical statistics?

Channon Rose stands at a height of 5 feet 3 inches and weighs around 47 kilograms. Along with her good looks, she also has a great physique with blue eyes and blonde hair. Her body measurements are 34-25-34 inches.

Who is Channon Rose dating?

Channon Rose is currently married to her husband Travis Dean. They met through a dating website in 2012 and started dating. They were in a relationship for 2 years before deciding to tie the knot. The couple got married on the 16th of August, 2015 in Walnut Grove, California. They welcomed their first child Snow Rose on the 9th of October 2018.

Our contents are created by fans, if you have any problems of Channon Rose Net Worth, Salary, Relationship Status, Married Date, Age, Height, Ethnicity, Nationality, Weight, mail us at [email protected]