Charlie Puth is an American singer, songwriter, and record producer. 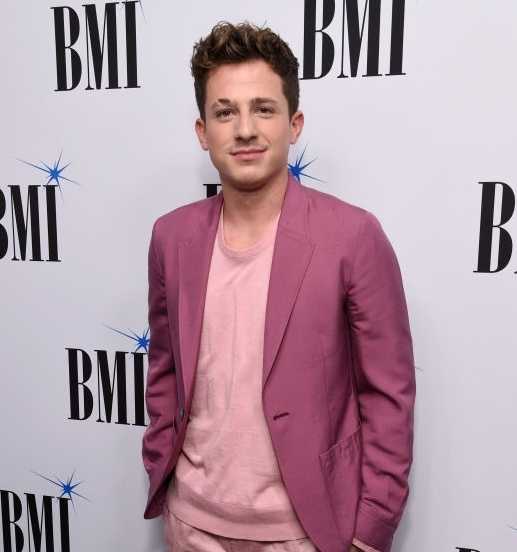 Charlie Puth is an American singer, songwriter, and record producer. Puth came up to the exposure through his viral song videos uploaded on YouTube. Beside, Puth came into more prominence after the release of the hit song, “See You Again” along with Wiz Khalifa in 2015. On August 21, 2019, Puth released the lead single from his new album, “I Warned Myself”. Puth is about to release to his upcoming song, “Mother” in September 2019.

What is Charlie Puth Famous for?

When and Where was Charlie Puth Born?

Charlie Puth was born on December 2, 1991, in Rumson, New Jersey, United States. His birth name is Charlie Otto Puth Jr. His nationality is American. Puth belongs to mixed ethnicity of German, Hungarian and Ashkenazi Jewish while Sagittarius is his zodiac sign.

Charlie Puth was born to Charles Otto Puth Sr.(father) and Debra Puth(mother). His father is a real estate agent while his mother is a music teacher.

Charlie has raised along with his twin siblings a brother, Stephen and a sister Mikaela.

When Charlie was just two-year-old, his right eyebrow was permanently scarred in a nearly fatal dog-bite accident. Puth was introduced to classical music by his mother, and he started learning piano at an early age of 4.

At the age of 10, he started learning jazz and participated in a youth jazz ensemble at Count Basie Theatre’s Cool School where he was hired in a Charlie Brown production in Red Bank, New Jersey at 12.

Charlie Puth attended Holy Cross School and Forrestdale Middles School. He did his high schooling at Rumson-Fair Haven Regional High school in 2010.  While Puth was in grade six, he recorded and produced a Christmas album, “Have Merry Charlie Christmas” for which he had his first earning of $600.

He then joined Manhattan School of Music Pre-College to study jazz piano and classical studies. Puth graduated from the Berklee College of Music, majoring in music production and engineering in 2013.

How Charlie Puth Started his Professional Career as a Singer?

The singer, Charlie Puth is currently in a relationship with his girlfriend Charlotte Lawrence. Puth confirmed his relationship on social media sharing a blurry black-and-white photo of the pair with caption “Happy Valentine’s Day” on February 2019.

Puth also had dated Halson Stage. They started dating in September 2018 but broke up soon after. Puth also had been in a relationship with Bella Thorne. Charlie Puth is rumored to have dated actress Hailee Steinfield, singer Meghan Trainor, Selena Gomez, and model Pritika Swarup though none of these has been confirmed yet.

How much is Charlie Puth’s Worth?

The 27 aged singer, Charlie Puth has an estimated net worth of $10 million dollars. With all the hard work and time that Puth has given in this field, he has been able to earn a tremendous amount of money as a pop singer, songwriter and record producer.

Puth makes most of his fortune through his professional career as well as through endorsement deals and his youtube channel.  In addition, his YouTube channel “Charlie Puth” has all over 15 million subscribers and billions of viewers in his music videos.

How tall is Charlie Puth?

The singer, Charlie Puth has a well-maintained body physique. Puth stands tall with a height of 5ft. 9inch.(1.8 m). His body weighs around 70kg. Talking about his outer looks, Puth has a fair complexion with brown hair and hazel eyes. He has a shoe size of 11(US). Further, Puth has his right eyebrows permanently scarred.

Our contents are created by fans, if you have any problems of Charlie Puth Net Worth, Salary, Relationship Status, Married Date, Age, Height, Ethnicity, Nationality, Weight, mail us at [email protected]