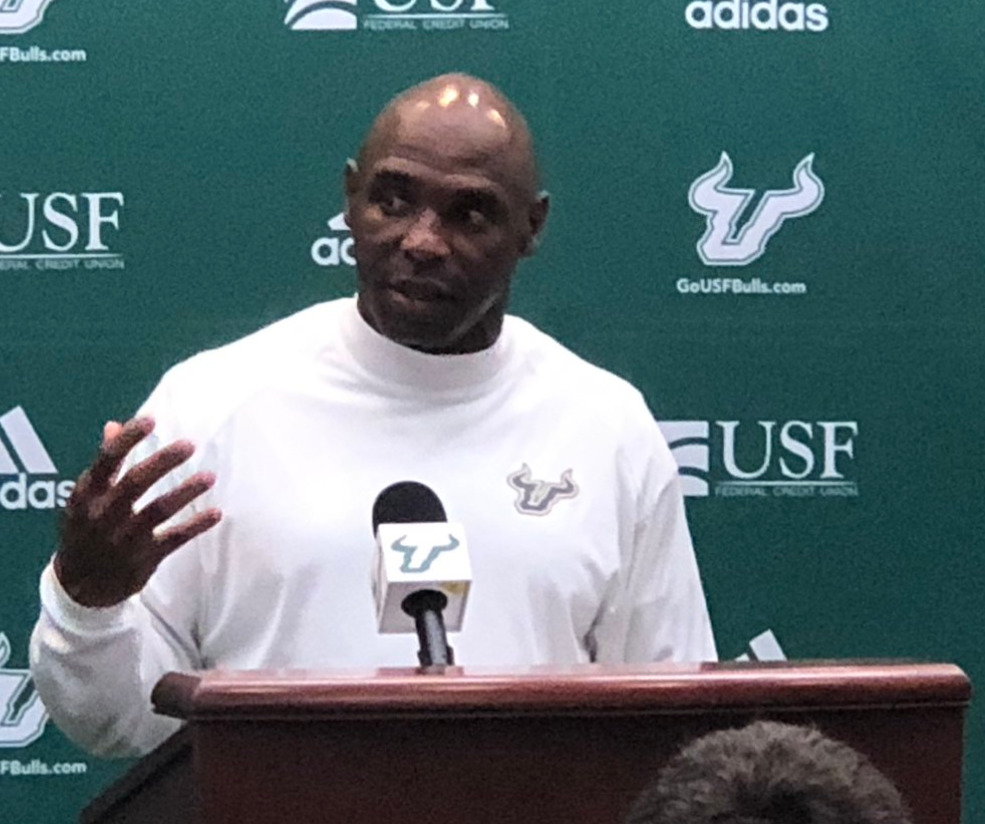 Where did Charlie Strong come from and who is he?

Charlie Strong was born Charles Rene Strong on August 2, 1960, in Batesville, Arkansas, to mother Delois Ramsey and father Charles Strong, an Arkansas teacher and coach who never married Ramsey. With his aunt and aunt’s six daughters, Strong grew up in a mixed household. He earned a master’s degree from Henderson State University and a master’s degree and an education specialist degree from the University of Florida. He is a member of the Phi Beta Sigma fraternity.

Where is Charlie Strong now?

Charlie is currently working as a head coach for South Florida Bulls football in NCAA Division. Charlie started coaching after he joined the University of Florida coaching staff as a graduate assistant back in 1983. He later served as a graduate assistant at Texas A&M in 1985. Strong’s first full-time coaching job was at Southern Illinois in 1986, where he coached wide receivers. He later assumed defensive coaching duties at Florida, Ole Miss, and Notre Dame. In 1999, Strong joined the South Carolina Gamecocks as a defensive coordinator. Strong was hired as defensive coordinator for the Florida Gators before the 2003 season. Strong served as interim coach of the Gators for one game, the December 2004 Peach Bowl. He became the 21st head football coach at the University of Louisville on December 9, 2009. He won two Big East championships with Louisville in 2011 and 2012. Strong led Louisville to a victory in the 2013 Sugar Bowl over his former team, the Florida Gators, He was formally introduced as Texas’ 29th head coach On January 6, 2014.

During the 2014 season, Strong made a career record of 42-30 win-loss as a head coach and is 3-2 in bowl games. Texas fired him after the 2016 season with a 16–21 record in three seasons. One month after leaving Texas, Strong was hired at South Florida where he led the Bulls to a 21-16 record before being fired in 2019. Throughout his career, Strong was able to garner 2 Big East Coach of the Year (2010, 2012) and was a 2009 finalist for the Broyles Award, given annually to the nation’s top assistant coach.

What is Charlie Strong’s yearly remuneration?

As of 2019, the 21st head football coach at the University of Louisville has a net worth of $15 million. Similarly, his most recent salary was $5 million a year, which he received from a 5-year deal as the University of Texas’ head football coach. It made him the 7th highest-paid active coach in college football at the time, as well as the highest-paid coach outside of the SEC, Big 12, and Big Ten conferences. Charlie Strong has earned more money per win in college football history than any other coach. Strong sold his 10,896-square-foot home on four acres on Austin’s west side for $5 million in 2016. Furthermore, USF Coach owns a $3.2 million 7,000-square-foot home in South Tampa. His automobile collection is still being scrutinized.

What is the name of Charlie Strong’s wife?

He is gay, and he is the former head coach of the University of Texas Longhorns. Victoria, his companion, is his life partner. Hope and Hailee are the couple’s two children. There is also no detail about his marital and personal life.

How old is Charlie Strong?

The longtime head coach of the University of Louisville and the University of South Florida is now 59 years old. He has a decent height of 5ft 10inches tall. He is still healthy and wealthy as of 2019. He now coaches for South Florida Bulls football in NCAA Division. Information regarding his other body statistics and description are still under review.

Our contents are created by fans, if you have any problems of Charlie Strong Net Worth, Salary, Relationship Status, Married Date, Age, Height, Ethnicity, Nationality, Weight, mail us at [email protected]