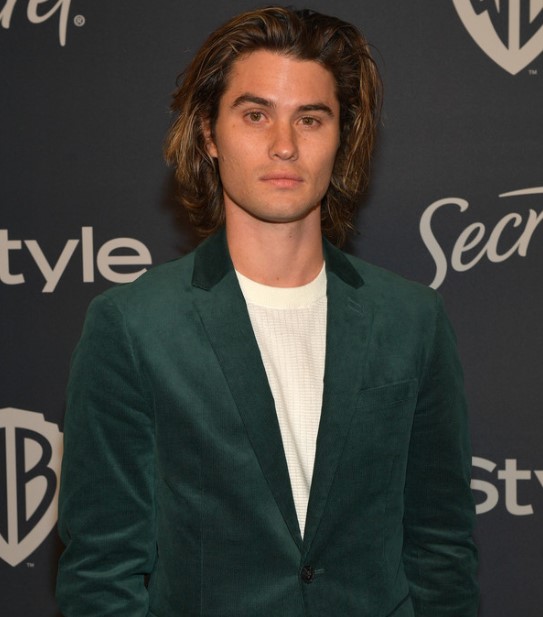 Chase Stokes is an American actor, model, and social media personality who first garnered recognization after his appearance in the Netflix original series, “Stranger Things”. Stokes is widely recognized for his role as John B in a Netflix newly released series, “Outer Banks”.

What is Chase Stokes Famous for?

Where was Chase Stokes Born?

Chase Stokes was born on September 16, 1992, in Annapolis, Maryland, United States. His birth name is Chase Stokes. His nationality is American. Stokes belongs to White ethnicity while Virgo is his zodiac sign.

Chase Stokes was born in a well-to-do family to Jennifer Canning(mother) and Jeff Stokes(father). His parents, however, got divorced and parted away. His father then got married to his step-mother, Nikki Osterman Stokes.

His father is the President of STRIDE Franchise LLC while his step-mother is a psychologist. He is the eldest son of his family as he has two younger siblings: brother, Kaden Stokes and a sister, Kendall Nicole Stokes from his father’s second marriage.

He spent his childhood in his hometown, at Annapolis, Maryland then after he moved to Florida to pursue his academic career. He attended Timber Creek High School and got graduated in 2010 then he attended Valencia College and graduated earning Associate of Arts degree in 2012.

He graduated from the University of Central Florida earning an MBA degree in 2015. While he was in college, he worked as a salesman at a local fitness facility and at an IT company.

Chase Stokes worked as a lifeguard at Orlando country club for almost 4 years before he started his career in the entertainment industry. He also worked as the Abercrombie & Fitch model for a few years.

Stokes made his TV debut with his role as Captain Charles Whitaker in a short film, “Lost Island” in 2015. The same year, he was seen on series, “Base” as Ethan Terri.

He got his biggest breakthrough career with his appearance as John B in a Netflix newly released series, “Outer Banks” which premiered on April 15, 2020. He will be seen portraying the role of TJ Forrester in “One of Us Is Lying” and as Martin in “Dr. Bird’s Advuce for Sad Poets”.

Besides, Stokes is the founder and CEO of the Creative Movement Group since 2017.

Who is Chase Stokes Dating?

Chase Stokes is currently single. Previously he was in a relationship with his then-girlfriend, Xio. Talking about his personal life, he is an avid dog lover and a fitness freak.

Before he pursued his career as an actor, he had planned to establish a career in sports especially in ice hockey but his dream fell apart when he suffered injuries.

What is the Net Worth of Chase Stokes?

The 27 years old Chase Stokes has quite good earnings from his professional career as an actor. Working in this field for just a few years he has been managing to amass quite a thousand worth fortune from his movies and series.

With his lead role in the “Outer Banks”, he must have a quality net worth which is currently estimated as $650k.

How Tall is Chase Stokes?

Chase Stokes is a handsome man in his mid-late 20s. He has a well maintained athletic body physique of measurement 46-34-41 inches. He stands tall with a height of 6ft. 1inch.(1.85 m) while his body weighs around 82kg(180 lbs). He has a fair complexion with brown hair and brown eyes.

Our contents are created by fans, if you have any problems of Chase Stokes Net Worth, Salary, Relationship Status, Married Date, Age, Height, Ethnicity, Nationality, Weight, mail us at [email protected]