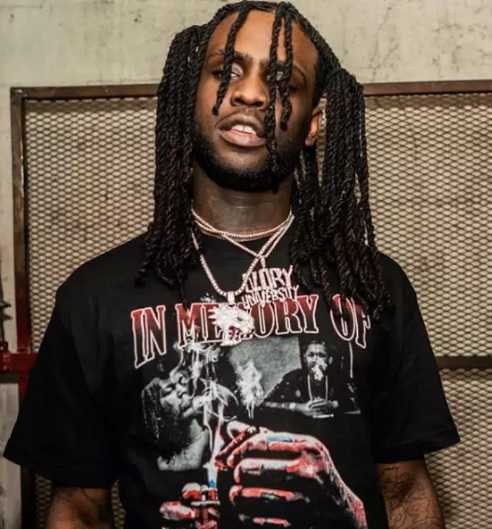 Keith Farrelle Cozart, popular by his stage name Chief Keef is an American rapper and record producer. He rose to prominence in the early 2010s. His growing popularity earned him bidding wars between major labels. He ultimately signed with Interscope. He’s released his debut album, Finally Rich in 2012. He has released 3 studio albums, 3 EPs, worked on 3 collaborative albums, and several mixtapes. Besides music, he has faced several legal issues. He has over 5.5 million followers on his Instagram.

What is Chief Keef Famous For?

Where was Chief Keef Born?

Chief Keef was born on 15 August 1995. His birth name is Keith Farelle Cozart. His birthplace is in Chicago, Illinois, in the United States. He holds an American nationality. His zodiac sign is Leo. He belongs to the black ethnicity. He was born to an unwed mother, Lolita Carter. His mother was only 16 years old when he was born. His biological father is Alfonso Cozart. His grandmother took his legal guardianship. He started rapping at a very young age.

He attended Dulles Elementary School and the Banner School. He then attended Dyett High School. He dropped out of high school at the age of 15.

He first earned local attention from Chicago’s South Side community in 2011 with his mixtapes, The Glory Road and Bang.

His early fan base consisted of high school students in the area.

He was under house arrest for unlawful use of a weapon in December 2011. During this time, he posted several of his videos on his YouTube channel.

His popularity grew wider after the release of his mixtapes, Bang and Back From the Dead.

He became the subject of a bidding war with many records label to sign him. He ultimately signed with Interscope Records.

He released his debut album, Finally Rich in December 2012. He featured several artists such as 50 Cent, Wiz Khalifa, Young Jeezy, Rick Ross, and Lil Reese in his album.

He became a part of XXL Magazine’s 2013 Freshman Class.

He also became the newest member of 1017 Brick Squad Records.

He has released 3 studio albums, 3 EPs, 33 mixtapes, and 3 collaborative albums.

His studio albums are

His collaborative albums are

In 2016, he announced that he was retiring from rapping. However, he was featured in MGK’s song “Young Man” in the same year. He is one of the rappers alongside Jay Z, Lupe, Fiasco, Nicki Minaj, and others to return quickly in the industry after announcing retirement.

Upon returning, he has released several mixtapes and an album.

Who is Chief Keef Dating?

Keef has fathered 4 children from 3 different women. He had his first child, a daughter, Kayden Kash Cozart at the age of 16. DNA documents revealed in November 2013 that he had fathered another child, a daughter.

His third child, a son, Krue Karter Cozart was born in September 2014. His fourth child, a son was born in 2015. He drove controversy after he named his newborn son Sno “FilmOn Dot Com”.

He was arrested in January 2011 on charges of heroin manufacture and distribution. He served time on house arrest.

He was arrested in December 2011 and charged with three counts of aggravated assault with a firearm on a police officer, aggravated unlawful use of a weapon, and a misdemeanor charge for resisting arrest. He was charged when police found a gun on him. He flashed a gun to the police and ran away. He was caught a half-block later. For his charges, he was held in the Cook County Juvenile Detention Center and later sentenced to house arrest.

He was investigated in September 2012 for his possible involvement in the shooting death of the fellow rapper, Joseph Coleman, known by the name Lil JoJo.

He served two months in a juvenile detention facility in early 2013 for probation violation.

Washington, D.C.-based promotion company sued him in January 2013 for $75,000 for missing a show. He did not show up at the IndigO2 Arena in London on 29 December 2012, where he was supposed to perform.

He was arrested in May 2013 in an upscale hotel in DeKalb County, Georgia for allegedly smoking marijuana in public and for disorderly conduct. He was arrested in the same month for driving 110 mph in a 55 mph zone in Chicago. He was ordered to pay a $531 fine, serve 18 months of probation, complete 60 hours of community service, and undergo random drug tests.

He served a 10-days jail sentence for violating probation in October 2013. He was sent back to jail for another probation violation in November 2013.

Kim Productions sued him in February 2014 for not appearing at a RapCure benefit concert in Cleveland.

What are Chief Keef Body Measurements?

What Chief Keef Net Worth?

Chief Keef earns from his musical career. He has released several hit songs in his career. He also earns from his record deals, concerts, and tours. He had endorsement deals with Been Trill, Beats by Dre, and Million Dollar Game Club among others. He is also a record producer and has a record label, Glo Gang. His net worth is estimated at $1 million.

Our contents are created by fans, if you have any problems of Chief Keef Net Worth, Salary, Relationship Status, Married Date, Age, Height, Ethnicity, Nationality, Weight, mail us at [email protected]