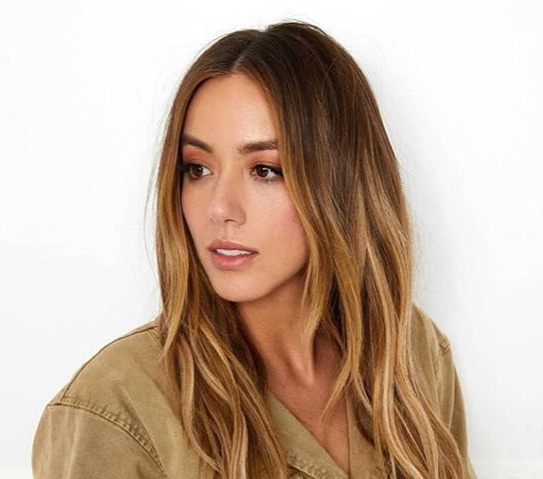 Chloe Bennet, the stage name of Chloe Wang, is an American actress and singer who is well-known for portraying the role of Daisy Johnson/ Quake on the television series “Marvel’s Agents of Shield” from the year 2013. Bennet is further Marvel’s first Asian superhero on TV that she has been portraying since 2013. However, even after the end of “Agents of Shield”, she wants to continue her role as Daisy Johnson

She was also the host of television series “The Nightlife” in the year 2010. Her first debut single was “Uh Oh” (English version) which was released in 2011. Besides, Benet is active in social media sites with over 2.6 million followers on her Instagram: @chloebennet.

What is Chloe Bennet famous for?

Famous for her role as Daisy Johnson in the ABC series “Marvel’s Agent of Shields”.

When was Chloe Bennet born?

Chloe Bennet was born on April 18, 1992,  in Chicago, Illinois, United States. Her birth name is Chloe Wang. Ameican-Chinese is her nationality. Her ethnicity is Asian-American while her zodiac sign is Aries.

She was born to Chinese Bennet Wang(father) and Stephanie Crane(mother). Her father was an investment banker and her mother was an internist. She has seven brothers among them four are biological, two are foster, and one is adopted.

She was raised in her hometown, Chicago. She was interested in singing and acting since her childhood. She did her schooling from Whitney M. Young Magnet High School. Later, she attended St. Ignatius College Prep.

At the age of 15, Chloe Bennet moved to China to continue a career in singing. She lived with her grandmother in Beijing and studied Mandarin. In 2010, she came to Los Angels, California. In 2011, she released her debut single “UH OH” in both Mandarin and English with her birth name, Chloe Wang. In the same year, she released her second single “Every Day in Between” in English only.

-Chloe Wang started her professional on-screen career by being the host of the short-lived Teen Nick summer Dance Series “The Nightlife” in 2010.

-In 2011, she appeared in the music video for South Korean band BIGBANG’s “Tonight”.

-She started to work with her stage name Chloe Bennet to avoid difficulties being cast as an ethnic Asian American with respect to her father.

-She portrayed the supporting role of Hailey in the American musical drama “Nashville” from 2012-2013.

-From 2013, she started to portray the role of Skye (a hacker) on the ABC series “Marvel Agents of Shield”. In the 2nd season, she was revealed to be Daisy Johnson/ Quake in the series. Her acting in the series is appreciated a lot till now.

-She also appeared in the short film “Nostradamus” in 2014.

-In the year 2014, she also appeared as Verma in the television series “The Birthday Boys”.

-She played the role of Daisy Johnson in the web series “Agents of Shield: Slingshot” in 2016.

-On 21st April 2017, she was awarded the “Visionary Award” by East West Players, the longest-running professional theater of color in the United States at their annual gala.

Her winning speech was that “to all the little girls who want to be a superhero; I’m just a half Chinese girl from the southside of Chicago.

-At present, she is still portraying the role of Daisy Johnson/ Quake in the TV series “Marvel Agent of shield”. The series is about to conclude its seven-year run season.

Who is Chloe Bennet’s Boyfriend?

Chloe Bennet is currently dating John Cody. Cody also has appeared in series like “Verified”, “Power Play”. They began dating since January 2020, after Cody first popped up on Bennet’s IG and began posting her photos on his Instagram: @johncodyjohn.

She is more passionate about her feminism and also supports various charities who work for women’s rights and welfare. She also had a campaign for the empowerment of girls along with her ‘Fight like a Girl’ T-shirts.

She also has revealed that the American film and television industry is a racist against Asians. In an interview, she noted “I also suffered from racism, “Oh, the first audition I went on after I changed my name [from Wang to Bennet], I got selected. She is also active in social media with around 700k followers on Twitter and 2.6 million followers on Instagram.

What is the net worth of Chloe Bennet?

The actress, Chloe Bennet has good earning from her profession. She has an estimated net worth of $4 million in 2020. Her net worth includes all her property, shares, and present earnings. She is living a luxurious lifestyle with her present earnings in Los angels.

How tall is Chloe Bennet?

The 28 years aged, Chloe Bennet is a beautiful actress with a white complexion. She has brown hair and black eyes. She stands 5ft 6 inches(168cm) tall and has a body weight of 57kg(125lbs). Her body measurement is 35-25-35 inches. Her body type is an hourglass and her dress size is 4.

Our contents are created by fans, if you have any problems of Chloe Bennet Net Worth, Salary, Relationship Status, Married Date, Age, Height, Ethnicity, Nationality, Weight, mail us at [email protected]