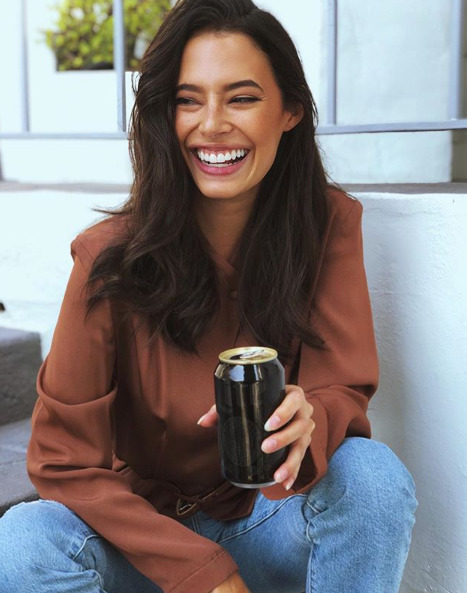 Chloe Bridges is a popular American actress and is best known for her roles as Zoey Moreno in the sitcom, “Freddie”. Bridges is popularly known to be the fiance of the popular actor and comedian, Adam DeVine. Bridges also starred as Dana Turner in the Disney Channel original film, “Camp Rock 2: The Final Jam”(2010).

What is Chloe Bridges Famous for?

Where is Chloe Bridges From?

Chloe Bridges was born on December 27, 1991, in Houma, Louisiana, United States. Chloe was born as Chloe Suazo. Her nationality is American. Bridges belong to mixed ethnicity(Honduran and English) while Capricon is her zodiac sign. She is half Latina and half white.

Chloe Bridges was born to the Republic of Honduras’ father and an English mother. Bridges attended John Muir Middle School in Burbank, Southern California. She even had won the Student of the Month Award in 2005. In 2014, Bridges joined Columbia University’s School of General Studies. During her days at the university, she was cast in the television series, “Pretty Little Liars”.

How did Chloe Bridges and Adam DeVine meet?

The beautiful actress, Chloe Bridges is currently engaged to his long-term boyfriend, Adam DeVine. DeVine is a well-known actor and a stand-up comedian known for his roles as Bumper Allen in the film, “Pitch Perfect”.

DeVine proposed Bridges with a beautiful diamond ring on October 24, 2019. DeVine disclosed his engagement with Bridges with an Instagram post along with a picture of them kissing each other. The couple is happy to be each other’s better half soon.

Adam and Chloe started dating in 2015. The couple met on the set of comedy film, “The Final Girls” after which they kept on seeing each other. Even in 2017, the couple had gone on a romantic trip to Europe. Previously, Chloe Bridges dated Cody Linley for two years which ended in 2011 and Daryl Sabara in 2012.

What is the Net Worth of Chloe Bridges?

Chloe Bridges has quite a great earning through her professional career as an actress. Chloe has managed to amass a great fortune of the amount in million dollars through her several movies and TV shows. Bridges enjoy her fortune which is estimated to be around $2 million.

How tall is Chloe Bridges?

The 28 years old actress, Chloe Bridges has a well maintained slim body physique. Chloe stands tall with a height of 5ft. 5inch.(1.65m) while her body weighs around 56kg(123 lbs). Chloe has an hourglass body that measures 35-23-35 inches. She has a bra size of 32 C, a waist size of 23 and a hip size of 35. Chloe has a dress size and a shoe size of 8(US). Chloe has a fair complexion with brown hair and dark brown eyes.

Our contents are created by fans, if you have any problems of Chloe Bridges Net Worth, Salary, Relationship Status, Married Date, Age, Height, Ethnicity, Nationality, Weight, mail us at [email protected]