Chris Evans is an American actor famous for his superhero character, Captain America for Marvel Universe. 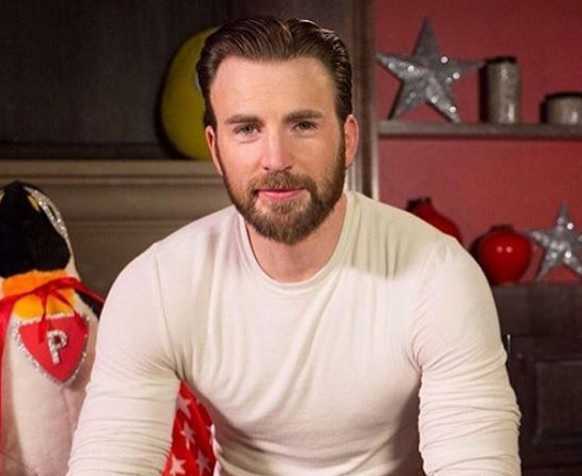 Christopher Robert Evans, popularly known as Chris Evans is an American actor famous for his superhero character, Captain America for Marvel Universe. Previously, Evans played a popular role as Human Torch in Fantastic Four.
Evans began his acting career from the television series Opposite Sex in 2000. Not Another Teen Movie(2001), Sunshine(2007), Scott Pilgrim vs. the World(2010), Snowpiercer(2013), and Gifted(2017) are some of the movies Evans featured in. He made his directorial debut and also starred in the drama film Before We Go in 2014 and made his Broadway debut in Lobby Heroin 2018.

The 37-years old Captain America has announced that he is retiring from the Superhero role after 8 years. He finished filming his last Captain America role in Avenger’s latest sequel. The movie is scheduled to be released in 2019. After that, we won’t be seeing Captain America anymore. Chris Evans officially declared the retirement on his twitter saying,

“Officially wrapped on Avengers 4. It was an emotional day, to say the least. Playing this role over the last 8 years has been an honor. To everyone in front of the camera, behind the camera, and in the audience, thank you for the memories! Eternally grateful.”

Millions of fans have reacted goodbye to Captain America. Dwayne Johson the Rock and Ryan Reynolds also expressed their gratitude towards Captain America.
Earlier in 2015, Chris Evans said that his contract with Marvel is finished at he will focus more on a direction. But the Avenger squad could not be complete without the favorite superhero Captain America.

Chris Evans was born to Lisa and G. Robert Evans III on 13 June 1981, in Boston, Massachusetts, United States. He was raised in the town of Sudbury. His mother is an artistic director at the Concord Youth Theater, whereas his father is a dentist. His mother is of half Italian and half Irish ancestry, while his father is of half British and half German ancestry. Evans has a brother named Scott and two sisters named Carly and Shanna. His sister Carly is a high school drama and an English teacher, whereas his brother Scott is a soap opera actor.
Evans attended Lincoln-Sudbury High School. After High school, he moved to New York and attended the Lee Strasberg Theatre and Film Institute.
Evans was raised Catholic.

Evans first appeared in a short educational video titled Biodiversity: Wild About Life! in 1997. Evans modeled for “Tyler” in Hasbro’s board game Mystery Date. Evans got lead roles in 2004 movies, The Perfect Score and Cellular. He then appeared in two independent films in Chicago, Fierce People, and London.
Evans’s first superhero role was the Human Torch in the comic book adaptation Fantastic Four in 2005 as well as 2007 sequel Fantastic Four: Rise of the Silver Surfer. Evans then appeared in 2007 science-fiction film Sunshine, 2008 fil Street Kings, and 2009 science-fiction thriller Push.
Evans then appeared in comic-book adaptation film The Losers in 2011, Scott Pilgrim vs. the World.
The Captain America character landed to Chris Evans in the movie, Captain America: The First Avenger in 2011. It’s a Marvel Comic character. Since then Chris Evans appeared as Captain America in several Marvel Universe production, The Avengers (2012), Captain America: The Winter Soldier (2014), Avengers: Age of Ultron, Captain America: Civil War (2016), Avengers: Infinity War(2018), and Avengers: Infinity War sequel. The sequel is set to release in 2019.
Chris Evans once said in March 2014 that his contract with Marvel is finished and wanted to pursue directing. Four years later, he announced via Twitter on October 5, 2018, that the Captain America character will be his last venture as the Superhero.
Evans starred in the 2018 thriller film The Red Sea Diving Resort as an Israeli Mossad agent.

Evans is reported to be single at present. No rumors of him dating anybody has come to the public media. Previously, Evans dated actress Jenny Slate in early 2017. The relation did not last longer than nine months and the couple split up. They got back together again in the fall of 2017. However, Evans confirmed that they had broken up again in March 2018. Besides Kate, Evans also dated Kate Bosworth, Jessica Biel, Emmy Rossum, Ashely Greene, Alice Eve. His name is linked with several other actresses as well. He was linked with British actress in July 2020 after they were seen together.
Evans lives in Boston. While Evans was filming GIfted in 2015 at the local animal shelter, he adopted a dog named Dodger from there.
Evans was raised Catholic, but he has expressed pantheistic views. He also has a great interest in the philosophies of Buddhism.
Evans supports marriage equality.

Chris Evans has earned some serious cash under Marvel franchise. All of his superheroes movies earned blockbusters worldwide. In 2015, Evans earned over $13.5 million. He debuted on Forbes’ list of the world’s highest-paid actors. Forbes named him the “Best actor for the buck” for the second year in a row in 2016. He earned over $18 million in 2017. As of 2018, Captain America has a net worth estimated at $50 million.
His house is worth $6.5 million and contains a swimming pool, Jacuzzi, Sauna, Gaming room, sports room, and forest as well. He has several car collections including Ferrari 250 GTO, Ferrari 275 GTB/6C, McLaren 675LT, Jaguar XK SS, Ferrari 458 Special, VW Beetle, Rolls Royce Phantom.

Our contents are created by fans, if you have any problems of Chris Evans Net Worth, Salary, Relationship Status, Married Date, Age, Height, Ethnicity, Nationality, Weight, mail us at [email protected]