Chris Pine is an American actor who earned the global fame after the role of Jim Kirk in the reboot version of the iconic franchise Stat Trek and strengthened his position in the comics blockbuster Wonder Woman. 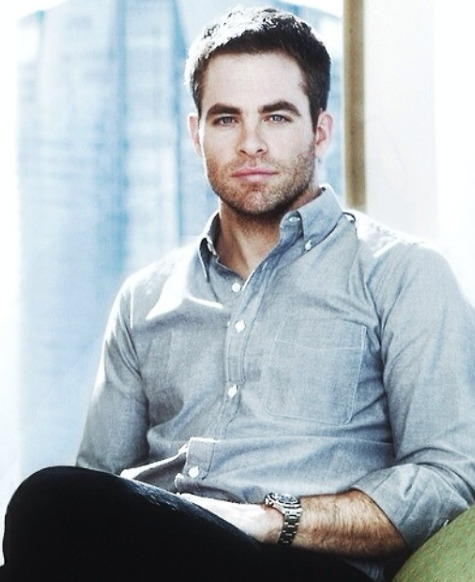 Chris Pine was born with his birth name as Christopher Whitelaw “Chris” Pine is an American actor who earned the global fame after the role of Jim Kirk in the reboot version of the iconic franchise Stat Trek and strengthened his position in the comics blockbuster Wonder Woman.

Chris Pine was born in Los Angeles, California, United State. He was born to father Robert Pine, and mother Gwynne Gilford and grew up with his sibling Katherine Pine. His father is an actor and mother is a former actress who is now a practicing psychotherapist.

Regarding his nationality, Chris Pine is an American and belongs to a white ethnicity. His birth sign is Virgo.

Career and Achievements of Chris Pine

Chris Pine kicked off his acting in 2003 in the medical TV series ER. He would later appear in an episode of CSI: Miami and The Guardian the same year. The following year, he starred in a short film Why Germany? and as Nicholas Devereaux in The Princess Diaries 2: Royal Engagement. In 2005, he featured in an independent film, Confession, a short film The Bulls and in an episode of the TV series Six Feet Under.

In early 2006, he was seen in TV movie Surrender, then alongside Lindsay Lohan in a romantic comedy Just My Luck. In that same year, he starred in Blind Dating, Smokin’Aces and in The Atheist – a one-man play staged at the Center Stage, New York.

The following year, he was seen playing an alpha-male friend in Neil LaBute’s play Fat Pig. In the same, he turned down an offer to appear in the film adaption of James Ellroy’s novel White Jazz, for a role as James T. Kirk in the 2009 Star Trek film. In 2008, he starred in Bottle Shock. Asides from promoting the star trek film, he also spent 2009 inset of the film adaptation of Beau Willimon’s play Farragut North.

The list of Chris Pines’s movies is just endless, between 2010 and 2018, he has starred in over twenty-five movies which include TV films and series. Some of these movies are major hits which earned him some awards. Some of his other movies include The Lieutenant of Inishmore which earned him the L.A Drama Critics Circle’s lead appearance award; Unstoppable, This Means War, Rise of the Guardians, where he voiced Jack Frost, People Like Us, Wet Hot American Summer: First Day of Camp, Hell or High Water, Super Mansion, for which he was nominated for Emmy Award in Outstanding Character Voice-Over performance category.

He also in Wonder Woman alongside Gal Gadot, A Wrinkle in Time, Outlaw King, Z for Zachariah, Spider-Man: Into the Spider-Verse and many others. Currently, He is busy with his upcoming movie named, Wonder Woman 1984 in the year 2020.

Net Worth of Chris Pine

Chris Pine has great name and fame in his successful career. As an actor, he has appeared in several movies and television series from which he receives a handsome amount of money. Moreover, he is one of the highest paid actors in Hollywood.

Thus, he is surely living a luxurious with his family. Looking towards his fancy lifestyle we can assume that he must have over a million dollars. As of 2019, His estimated net worth has $20 million.

Moving towards his personal life, Chris Pine has not been married and is not known to have kids. His shares of relationships not just with the actress but also models and high-profile women as well.

Well, in 2018, the ladies man is said to be dating British beauty, Annabelle Wallis. Currently, he probably singles and looking for a good partner.

Talking about his body measurements, he stands at the height of 6 feet tall and weighs 78 kg. His body stats is Chest – 41 inches, Arms/Biceps – 14 inches, Waist – 31 inches, and Hip – 35 inches which make his body measurement 41-31-35 inches. Similarly, he has a pair of Blue eyes and brown hair color. Furthermore, his shoe size is 10 (US).

Our contents are created by fans, if you have any problems of Chris Pine Net Worth, Salary, Relationship Status, Married Date, Age, Height, Ethnicity, Nationality, Weight, mail us at [email protected]