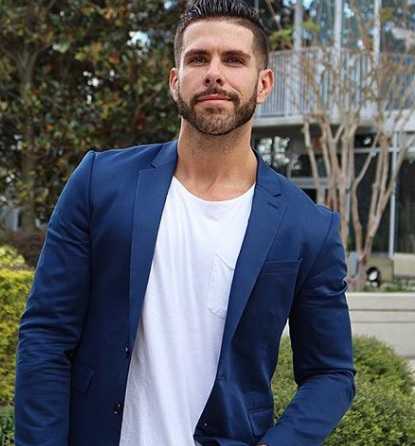 Chris Randone is an American television reality star. His birth name is Christopher Randone. He earned recognition after he appeared as a contestant in The Bachelorette in 2018. The show featured Becca Kufrin, where Garrett Yrigoyen emerged as the winner at the end. He later appeared in Bachelor in Paradise in 2018, where he got engaged to Krystal Nielson.

Chris Randone’s fiancee, Krystal is not pregnant but has a new member added to the family.

The Bachelor in Paradise couple revealed on the Bachelor Premiere on Monday evening that they are not expecting a child, rather they are welcoming a new puppy into the family. They already have two dogs, Wayne and Chucky.

The Host Chris Harrison asked the couple about the rumors. They responded that they are surely expanding their family by getting a baby puppy.

Chris Randone was born on 13 December 1987. He was born in the United States. He holds an American nationality. His zodiac sign is Sagittarius. Information about his parents and siblings are currently unavailable.

He graduated from the University of Central Florida with B.S. in Health/Health Care Administration Management in 2012.

The career of Chris Randone

He has working experience in sales.

He used to work in Market Traders Institute, Inc as a senior sales training manager and senior sales account manager.

He was named Trainer of the Year and March Employee of the Month during his time at the Market Traders.

In 2018, he appeared as a contestant in the 14th season of The Bachelorette.

Chris advanced up to Week 6 in The Bachelorette.

Following the exit from The Bachelorette, he then appeared in the 5th season of Bachelor in Paradise in August 2018.

Chris and Krystal Nielson got engaged at the end.

They live together in San Diego, California at present.

Net Worth of Chris Randone

He is a sales trainer and sales account manager as well. He is the founder and CEO of his own company. His net worth is under review.

Our contents are created by fans, if you have any problems of Chris Randone Net Worth, Salary, Relationship Status, Married Date, Age, Height, Ethnicity, Nationality, Weight, mail us at [email protected]