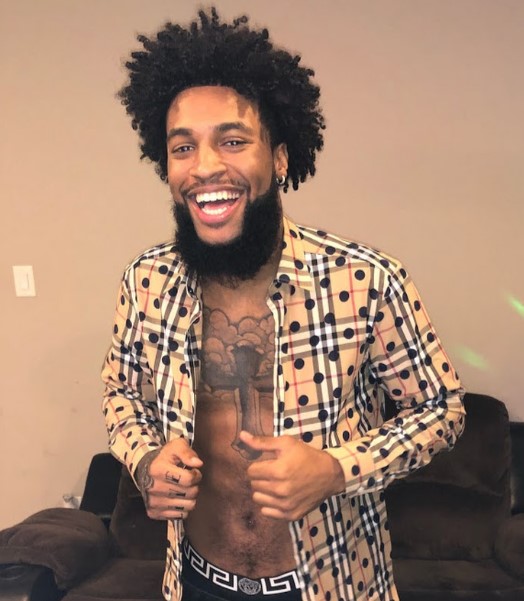 Chris Sails is an American YouTuber who is widely known for his comedic videos that he uploads in his channel, “Chris Sails”. One of the most popular videos on his YouTube channel, “Cheating Prank On Wife(Gets Violent),” has earned over 9 million views. On April 09, 2020, Chris Sails, was arrested on aggravated assault charges, with a bond of $15,000.

Why was Chris Sails Arrested?

Chris Sails, a YouTuber, has been behind the bars for two times till date. Previously, he was arrested for assault, after he allegedly got into a scuffle with his ex-girlfriend Parker McKenna. In that case, he was even banned from using social media by the judge in the same case.

Currently, in April 2020, he is again arrested on aggravated assault charges, with a bond of $15,000. The reason behind his custody isn’t known however, his ex-wife, Queen Naja posted and deleted the message on her Instagram story, saying that she is looking for her son Chris Jr.

What is Chris Sails Famous for?

Where was Chris Sails Born?

Chris Sails was born on September 23, 1995, in Detroit, Michigan, United States. His birth name is Christopher Sails. His nationality is American. Chris belongs to African-American ethnicity while Libra is his zodiac sign. Chris grew up along with his younger brother, Dawaine who is also a YouTuber.

Chris Sails came up to the highlights after he and his then-wife, Queen Ninja. They began uploading on the exclusive Youtube Channel named after them, “Chris and Queen”, their channel got much popularity for its romantic content and funny videos. The videos are related to comedy, vlogs, memes, etc.

However, after the dispute between the couple in 2017, Queen stopped collaborating with Christopher, and started her own channel about music and fashion, meanwhile, Chris started with the same channel changing its name to “Chris Sails”.

Currently, he has around 3.6 million subscribers on his channel. One of the most popular videos on this channel is ‘Cheating Prank On Wife (Gets Violent),’ which has earned 9.3 million views.

Chris Sails was previously married to Queen Naija. Queen is also a Youtuber. The couple met at a basketball game in 2013 and after then they began dating. They even have a son named Christopher Sails Jr., also known as Chris Jr, who was born on February 17, 2015. However, within 2 years after Chris Jr’s birth, they divorced due to personal differences in 2017.

Baby Chris is often featured on videos that are uploaded on his father’s channel, “Daddy & Me”.

What is the Net Worth of Chris Sails?

The 24 years old Chris Sails has quite a great earnings from his professional career as a Youtuber. Working in the digital field for more than 5 years, he has managed to amass a good fortune from his several comedy videos and vlogs.

From his aspiring career as a Youtuber, Christopher Sails has accumulated a net worth of around $1.5 million.

With over 3 million subscribers and over 550 million views on his channel, he had easily managed to earn an income of around $800 per day. Besides, he also gains lots of fortune and wealth from his promotional ads on his youtube videos.

How Tall is Chris Sails?

Chris Sails is a black handsome man in his mid-20s. He has a well maintained athletic body physique. He stands tall with a height of 6ft. 2inch.(1.88m) while his body weighs around 80 kg(176 lbs). He has a dark complexion with black hair and dark brown eyes.

Our contents are created by fans, if you have any problems of Chris Sails Net Worth, Salary, Relationship Status, Married Date, Age, Height, Ethnicity, Nationality, Weight, mail us at [email protected]