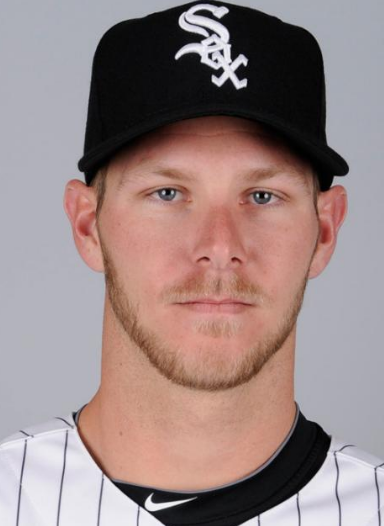 Christopher Allen Sale famed as Chris Sale is an American professional baseball pitcher for the Boston Red Sox of Major League Baseball (MLB). Previously, he played in MLB for the Chicago White Sox, with whom he made his major league debut on 6th August 2010. After reaching 300 strikeouts in a single season for the first time in 2017, he was selected as the AL Sporting News Starting Pitcher of the Year. He was a key member of the Red Sox pitching rotation that helped the team win the 2018 World Series over the Los Angeles Dodgers. He is under contract with Boston through 2024. Overall, he is a very talented baseball player.

The Boston Red Sox left-hander is 3-9 on the season with an uncharacteristic 4.27 ERA. Sale has given up at least four earned runs in seven of his starts while going at least six innings in his previous five. Sale knows he’s not pitching to his ability and has shouldered the blame for a majority of the season, even calling some of his appearances “embarrassing.” The southpaw has worked with Boston’s pitching coaches, and now his teammates are stepping in to help. Sale tossed a bullpen before Tuesday’s game against the Toronto Blue Jays, and a number of teammates were out there to watch him. “It was teammates being teammates. Just being there and watching,” manager Alex Cora said, per WEEI’s Ryan Hannable. “Everybody knows about the game and obviously pitchers know about mechanics and usage and all that, but I think for them to be there it means a lot. It means a lot where we’re at as a team and you never know, someone might pick something up that me, Dana (LeVangie) or (Craig Bjornson) hasn’t seen. It was good. Sandy (Leon) and Christian (Vazquez) were there too, so you don’t see them that often.

Chris Sale was born on 30th March 1989 in Lakeland, Florida as Christopher Allen Sale. He was raised in a family that was not unconnected to athletics as his grandfather was a swimmer. His nationality is American and his ethnicity is White. He graduated from Lakeland Senior High School where he played basketball and baseball. After his senior year for the Dreadnaughts, he was drafted in the 21st round of the 2007 Major League Baseball Draft by the Colorado Rockies but chose not to sign and instead attended Florida Gulf Coast University. Chris Sale celebrated his 30th birthday as of 2019.

Chris Sale is a very handsome baseball player with an athletic body build. He has got a very charming smile on his lips attracting a lot of people towards him. He stands at a height of 6 ft 6 in or 1.98 m and he has got a balanced weight of 180 Pounds or 82 Kg. Overall, he has got a healthy body. His other body measurements will be added soon.

Chris Sale is a married person. He was married to his wife, Brianne in 2011. He has not been known with anyone except Brianne Aron who has been with him for many years. The couple is also blessed with two sons. As of today, the couple is living a happy life without any disturbances.

Net Worth of Chris Sale

The net worth of this famous baseball player will be surely in millions as he is one of the successful baseball players and he has gained huge fame from his baseball career. As of 2019, his net worth is estimated to have $24 Million. But his exact salary has not been revealed yet but it will be added soon. Overall, he is satisfied with his earnings.

Our contents are created by fans, if you have any problems of Chris Sale Net Worth, Salary, Relationship Status, Married Date, Age, Height, Ethnicity, Nationality, Weight, mail us at [email protected]