Christian Bale is a movie actor and producer 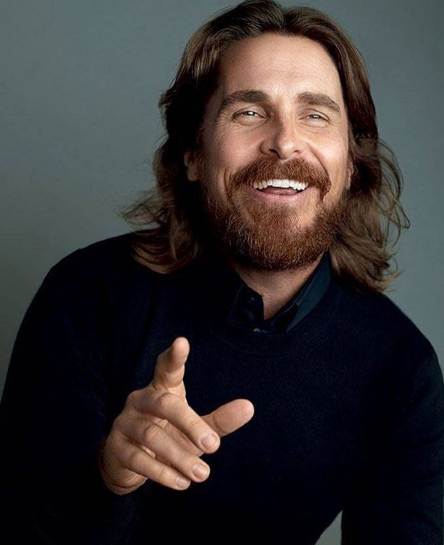 Christian Bale is a movie actor and producer. He is one of the most beloved, most popular, and highly paid actors of Hollywood. He is famous due to his participation in the shootings of big-budget blockbusters.

Christian Bale was born in Haverfordwest, the United Kingdom as Christian Charles Philip Bale, to parents Jenny and David Bale. His father was an entrepreneur, commercial pilot and his mother was a circus performer.

Additionally, he has three sisters. He spent his childhood years between Wales, Surrey, and Dorset in England, and Portugal. The world of acting always intrigued Bale as a child. He is of English and American nationality. Furthermore, he belongs to a mixed ethnic background of English, German, and Channel Islander.

Talking about his education, Bale attended Bournemouth School, however, left at age 16.

The career of Christian Bale

Christian Bale initially appeared in a commercial for the fabric softener Lenor in 1982. Additionally, he also appeared in a Pac-Man cereal commercial the next year. He had his stage debut in 1984 after he appeared in ‘The Nerd’ alongside Rowan Atkinson. At the age of seventeen, he moved to Los Angeles with his father after his parent’s divorce. In addition, he made his film debut in 1986 after he appeared in the TV movie ‘Anastasia: The Mystery of Anna’. In addition, the next year, he appeared in the TV Mini-Series ‘Heart of the Country’ as Ben Harris. He also had a role in the 1987 film ‘Mio in the Land of Faraway’. Since then, he has appeared in numerous other movies and television series. All in all, he has over 45 credits as an actor.

Some other movies and television series that Bale has appeared in are ‘Hostiles’, ‘The Promise’, ‘Knight of Cups’, ‘Exodus: Gods and Kings’, ‘American Hustle’, ‘The Flowers of War’, ‘Public Enemies’, ‘I’m Not There.’, ‘The Prestige’, ‘The New World’, ‘Equilibrium’, ‘Reign of Fire’, ‘A Midsummer Night’s Dream’, ‘The Secret Agent’, ‘Little Women’, ‘Swing Kids’, and ‘Treasure Island’ among others. Additionally, he also has a credit as a producer.

He won the prestigious Academy Award for his performance in ‘The Fighter’. Additionally, he has also garnered other two Oscar nominations. In addition, he has also won Golden Globe Award, Saturn Award, EDA Award, and ACCA Award. All in all, he has 66 wins and 82 nominations for several awards to his name.

Net Worth of Christian Bale

Christian Bale has not revealed his current salary. However, he has an estimated net worth of around $ 80 million at present. He earns his income as an actor.

Christian Bale was in a brief relationship with Drew Barrymore during 1987. He dated actress Samantha Mathis for a year from 1994 to 1995. In 1999, he had a fling with actress Anna Friel.

At present, Bale is a married man. He is married to former model and makeup artist, Sibi Blazic. The pair married on January 29, 2000. Furthermore, they have two children from this marriage, Emmeline and Joseph.

Talking about his body measurement, Bale has a height of 6 feet (1.83 m) and weighs around 82 kg. Furthermore, his hair color dark brown and his eye color is hazel. Additionally, his chest size is 42 inches, his waist size is 32 inches and biceps size is 16 inches.

Our contents are created by fans, if you have any problems of Christian Bale Net Worth, Salary, Relationship Status, Married Date, Age, Height, Ethnicity, Nationality, Weight, mail us at [email protected]