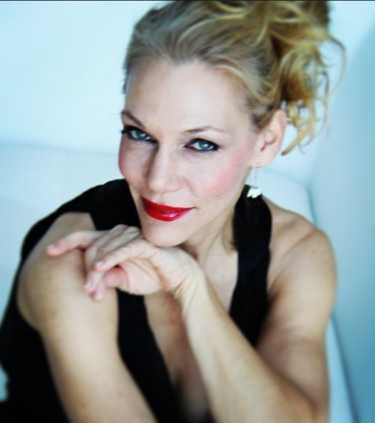 CHer full name is Barbara “Babi” Christina Engelhardt. She started her modeling career at the age of 15. She has worked and earned fame in the United States and all over Europe. She is best known for her role in Demonia, The Third Solution, Beverly H., and Swallow. She has also appeared in several television shows like The Gift, Step to Love, Love Stories in Florence, and The Lady to the Alps.

Former actress, model, Babi Christina Engelhardt, 58, has come to spotlight after she revealed that she had an eight-year secret relationship with Woody Allen, 83, an American actor, director, writer, and comedian, during her teens. She claimed she was just 16 then, struggling in the modeling career. Allen was 41 at the time.

According to her, she met Woody in October 1976 at a restaurant and gave him her number. A few days later, Allen invited at his penthouse in Manhattan and got involved in a physical relationship.

She also stated that Allen started dating another girl, Mia Farrow after four years of their relationship. Allen himself introduced Farrow to Babi. However, she continued her sexual relationship with Allen for four more years.

However, Babi claimed she has no regrets dating Allen and has no intentions of harming Allen’s reputation.

Christina Engelhardt was born in 1960. She was born in New Jersey, in the United States. Information about her parents is not available as of now. She holds American nationality. She belongs to white Caucasian ethnicity. She follows Christianity. She grew up in New Jersey. She dropped out of high school in order to pursue her career in modeling.

She lives in New York at present.

She is a former model popular in the United States and all over Europe. She established herself as a renowned model alongside Janice Dickinson, Christie Brinkley, Nastassja Kinski, and many more. She has worked in many cities in Europe including Rome, London, Paris, Milan, and Munich. She has appeared in the New York Post, Mode Magazine, Playboy Magazine, and several fashion magazines all over the world.

She appeared in movies such as Channel, Beverly H., The Bet, Without Annette, The Voice of the Moon, Man on the Moon, Skinner, Demonia, The Third Solution, Emanuel4, Night Hawks, and several more.

She has also appeared in television shows including, Mrs. Robinson, Good morning Italy, The Lady to the Alps, Angelheart, Love Stories in Florence, Step to Love, LePeste, Portiere Della Sera, and The Gift.

She has blue eyes and her hair color is blonde.

Christina Engelhardt is a divorced woman. She has two daughters. Recently in an interview, she revealed that she had a secret affair with American veteran director, actor, Woody Allen, for eight years.

Net Worth of Christina Engelhardt

Our contents are created by fans, if you have any problems of Christina Engelhardt Net Worth, Salary, Relationship Status, Married Date, Age, Height, Ethnicity, Nationality, Weight, mail us at [email protected]