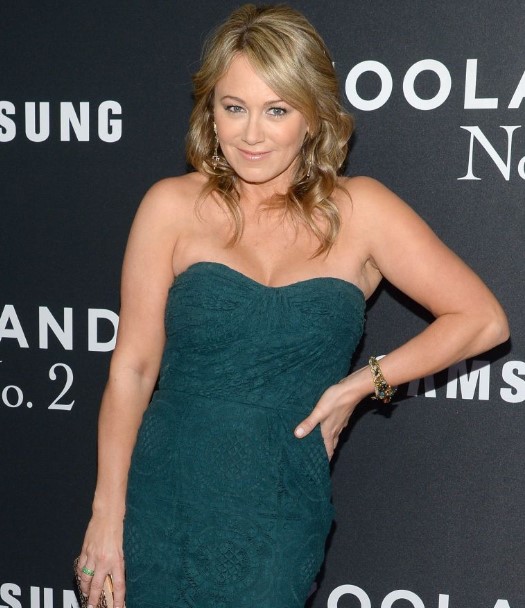 Christine Taylor is an American actress who is well known for playing the role of Marcia Brady in “The Brady Bunch Movie”. Taylor is known for her roles in the film and TV series including “Hey Dude”, “A Very Brady Sequel” and “The Wedding Singer”. She also appeared alongside Ben Stiller, her ex-husband, in “Tropic Thunder”, “Zoolander”, and “Dodgeball: A True Underdog Story”.

What is Christine Taylor Famous for?

Where was Christine Taylor Born?

Christine Taylor was born on July 30, 1971, in Allentown, Pennsylvania, United States. Her birth name is Christine Joan Taylor. Her nationality is American. Taylor belongs to White ethnicity while Leo is her zodiac sign.

Taylor was born as the daughter of Albert E ‘Skip’ Taylor III(father) and Joan Taylor(mother). Her father, Albert, owns a security company, while her mother Joan was a homemaker. She grew up in neighboring Wescosville, Pennsylvania, along with her brother, Brian Taylor, and was raised Roman Catholic. She attended Allentown Central Catholic High School.

Taylor had an interest in acting since her childhood as soon after her high school graduation she went on to pursue her career in acting with her first break at an age of 19.

Who is Christine Taylor Married to?

Christine Taylor was married to her first husband, Ben Stiller. Stiller is a popular American actor, comedian, who is 5 years older than Taylor. The couple met for the first time while they were on the set of the TV show, “Heat Vision and Jack”. They even appeared together in the films “Tropic Thunder”, “Zoolander”, and “Dodgeball: A True Underdog Story”.

The couple got married on May 13, 2000, and even had two children: a son, Quinlin Dempsey, and a daughter, Ella Olivia. They lived in Westchester County, New York, together for 17 long years until they separated in 2017.

What is the Net Worth of Christine Taylor?

Christine Taylor has quite good earnings from her professional career as an actress. Working in this field for over a decade, she must have managed to amass a million worth fortune from her several movies, and TV shows. Her estimated net worth is around $10 million. While her ex-husband, Ben Stiller is a multi-millionaire with a whopping net worth of around $200 million.

How Tall is Christine Taylor?

Christine Taylor is a gorgeous lady in her 40s. Taylor has undoubtedly a well maintained slim body physique that has a measurement of 34-25-34 inches. She stands tall with a height of 5ft. 5inches(1.65 m) while her body weighs around 52 kg(115 lbs). She has a fair complexion with blonde hair and sparkling blue eyes.

Our contents are created by fans, if you have any problems of Christine Taylor Net Worth, Salary, Relationship Status, Married Date, Age, Height, Ethnicity, Nationality, Weight, mail us at [email protected]