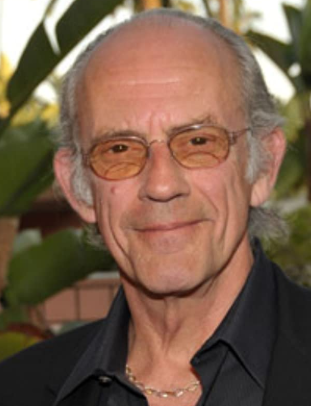 Christopher Allen Lloyd shortly named as Christopher Lloyd is an American actor who rose to fame in Northeastern theater productions during the 1960s and early 1970s, earning Drama Desk and Obie awards for his work. He gained widespread recognition as Jim Ignatowski in the comedy series Taxi (1978-1983), for which he won two Emmy Awards. After that, he starred in many movies including Star Trek III: The Search for Spock, Emmett “Doc” Brown in the Back to the Future trilogy, Judge Doom in Who Framed Roger Rabbit (1988), and Uncle Fester in The Addams Family (1991) and its sequel Addams Family Values (1993). He has also been nominated for two Saturn Awards and a BIFA Award. Overall, he is a very talented person.

The Season 17 finale of NCIS featured a thrilling story about Joe Smith (played by guest star Christopher Lloyd), a 95-year-old who claimed to have served on the USS Arizona on Dec. 7, 1941, the date of the attack on Pearl Harbor. Smith wished to be interned there upon his death. However, the issue was that there were no records that indicated that he served on the battleship and, as a result, Gibbs and the team needed to figure out whether Smith was telling the truth. Ultimately, the team was able to discover that Smith did indeed serve on the USS Arizona and, following his death at the end of the episode, was able to be interned at Pearl Harbor. Fans were particularly enthralled by this story because of the appearance of the enigmatic Lloyd, and they said as much on social media. It was definitely a moving story and fans, in turn, responded to it accordingly by discussing the episode on social media. In particular, many fans specifically took time to mention Lloyd’s guest-starring role and the impact that he was able to create in NCIS’s moving season finale.

What is the birthplace of Christopher Lloyd?

Christopher Lloyd was born as Christopher Allen Lloyd on 22nd October 1938. His birthplace/hometown is in Stamford, Connecticut, the USA. His father, Samuel R. Lloyd is a Lawyer by profession and his mother, Ruth Lapham Lloyd was a singer. She died at the age of 88 in 1984. Regarding his siblings, he has five siblings named Donald L. Mygatt, Antoinette L. Mygatt Lucas, Samuel Lloyd III, Ruth Lloyd Scott Ax, and Adele L. Kinney. His brother, Sam Lloyd Sr. is an actor by profession. She is American by nationality and her ethnicity is Mixed. As per his education, he attended Staples High School in Westport, Connecticut. During his High School days, he co-founded high school’s theatre company, Staples Players. She follows the Christian religion. As of 2019, he celebrated his 81st birthday.

What is the Net Worth of Christopher Lloyd?

Christopher Lloyd is a very talented actor and with his earnings, he has an estimated net worth of $70 million as of 2020 which includes a house in Montecito which costs  $11 million US in 2013 which later dropped to $6.5 million US. In 1997, he again brought a house that cost $1.6 million US along with his ex-wife Wood. As an actor, his salary is $19k-$210k US. As a voice artist, his earnings are $24k-$585k US. Some of his hit movies are Back to Future (389.1 Million), Clue (14.6 Million), Who Framed Roger Rabbit (329.8 Million) and Addams Family Values(48.9 Million). As of now, he is satisfied with his earnings and he is living a luxurious lifestyle from his earnings.

Who is Christopher Lloyd’s Wife?

Christopher Lloyd is a married person. He was married to Lisa Loiacono, his wife. Lisa is a real estate agent by profession. They were married on the 23rd of November 2016 whereas they engaged on the 5th of August 2016. As of now, the duo is living a happy life and their bond is going stronger years by years. His sexual orientation is straight. There is no information regarding his kids.

He was first married to Catharine Dallas Dixon Boyd on the 6th of June 1959. They parted their way after 12 years of marriage. He then married Jane Walker Wood who is a screenwriter. They married on the 21st of February 1992. Their married lasted for 13 years. He also married Carol Ann Vanek in 1988. But they separated after three years. He was married to actress Kay Tornborg in 1974 and divorced in the year 1987.

How tall is Christopher Lloyd?

Christopher Lloyd is a handsome hunk. Being at the age of 81, he still looks very handsome with a charming personality attracting a lot of people towards him. He has brown eyes with light hair. He stands at a height of 6 feet and 1 inch. His weight consists of 78 Kg. His other body measurements have not been revealed yet but it will be added once we get information about it.

Our contents are created by fans, if you have any problems of Christopher Lloyd Net Worth, Salary, Relationship Status, Married Date, Age, Height, Ethnicity, Nationality, Weight, mail us at [email protected]