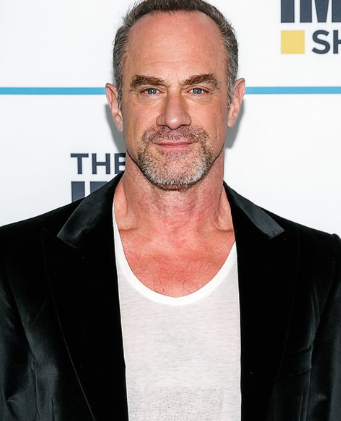 Christopher Meloni is an American actor, popular for his roles in well-known television series Law & Order: Special Victims Unit. He identified his interest in acting from his days in college and studied acting at the University of Colorado at Boulder. Though he has been active on both television and films, it is his characters on the small screen that gave him popularity and many fans following. He has been able to effortlessly play roles of characters from both sides of the law, and grab the audience’s attention. Let’s know more about him through this article.

What is Christopher Meloni known for?

When was Christopher Meloni born?

Recalling his early life, Meloni was born as Christopher Peter Meloni in the year 1961. He was born in Washington in the District of Columbia, USA. He has a mixed ethnicity of half Italian and half French-Canadian.

The name of his mother is Cecile Chagnon. Similarly, his father’s name is Charles Robert Meloni. Both of his parents are passed away. He spent his early life in Virginia as he went to school there. he spent his childhood in a very loving environment.

Where is Christopher Meloni educated?

Concerning his education details, Meloni attended St. Stephen’s & St. Agnes School. Afterward, he enrolled at the University of Colorado for further studies. later in 1983, he graduated from there with a degree in History.

When did Christopher Meloni begin his acting career?

Who is Christopher Meloni’s wife?

Reflecting on his personal life, Meloni is a married man. Currently, he is in a marital relationship with Doris Sherman Williams, a production designer. The couple dated for a while before getting married. The beautiful couple tied the marital knot on July 1st, 1995. Since then the lovebirds have been living with joy and prosperity.

Together, they have two children. Both of them are born from surrogacy. They are Sophia Eva Pietra and Dante Amadeo. Till now, they have survived this marriage for more than two decades. As of now, they reside in Los Angeles, California.

How rich is Christopher Meloni?

Being an actor, Meloni earns an impressive amount of money and fame through his profession in the field of entertainment. Based on some online sources, his estimated net worth said to be $30 million at present. However, his salary and assets details are yet to be disclosed.

How tall is Christopher Meloni?

Observing his body statistics, Meloni stands a height of 6 feet 0 inches and weighs around 85 Kg. Similarly, he has a pair of blue eyes and dark brown hair color. Further, his other body information is yet to be disclosed. In the case of disclosed, we will let you know.

Our contents are created by fans, if you have any problems of Christopher Meloni Net Worth, Salary, Relationship Status, Married Date, Age, Height, Ethnicity, Nationality, Weight, mail us at [email protected]