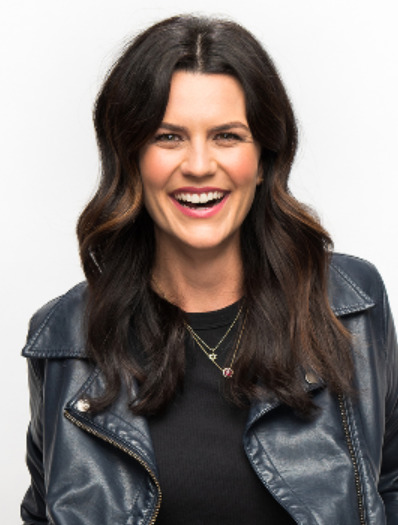 Jane Graham Lynch, born with the birth name of Jane Austin ‘Cissie’ Graham Lynch is better-known for being the daughter of Franklin Graham and the granddaughter of Billy Graham. Her father, Franklin is also the president as well as the CEO of the Billy Graham Evangelistic Association and also of Samaritan’s Purse. Jane has also launched the Fearless podcast in which she shares personal experiences of how God has served throughout her life. Moreover, she is also a social worker and has a YouTube channel where she raises voice for those who are weak and fragile. She has always been wanting to help others as well as always serving people with all of her heart. Also, she was a guest speaker at the National Prayer Service for the 58th Presidential Inauguration at the National Cathedral and currently serves on the Executive Evangelical Advisory Board of President Trump’s Faith Advisory Council. Besides this, she is also a famous media personality she has thousands of followers on all of her social media platforms. She has more than 34K followers on her Instagram account under the name of @cissiegrahamlynch, more than 19K followers on her Twitter account, and more than 55K followers on her Facebook account.

During her RNC address, Cissie Graham Lynch describes Trump as a “fierce advocate” for faith.

Cissie Graham Lynch, Franklin Graham’s daughter and Billy Graham’s granddaughter, talked about faith at the 2020 Republican National Convention on Tuesday night. “As Americans, we recognize that the First Amendment’s first line guarantees our freedom of religion,” she said. However, we sometimes overlook the actual terms “free exercise of faith.” That means putting our faith into practice at school, at work, and, yes, even in the public square. Our forefathers had no intention of establishing a quiet, concealed faith. They fought to ensure that religious voices were still accepted rather than silenced. “I’m not being bullied.” During the Obama-Biden administration, she also said that religious freedom was under threat. She cited President Trump as the first president to speak at the United Nations on the value of religious freedom. “So, in the words of my grandfather, Billy Graham: ‘Let us stand for political freedom, moral freedom, religious freedom, and the rights of all Americans… and let us never give in to anyone who would try to take it away from us,” she said at the end of her speech. “I have expressed my appreciation to President Donald Trump and his administration for standing up for and defending our #ReligiousFreedom over the last four years,” she said. I’m proud to have been invited to stand on the convention stage during #RNC2020 and express my gratitude.” Franklin Graham, her father, will speak after Rudy Giuliani, the former mayor of New York City.

She is best known for being the granddaughter of Billy Graham, an American evangelist and influential evangelical Christian figure, and the daughter of Franklin Graham.

Jane Graham Lynch’s Parents: Who Are They?

Jane Graham Lynch was born in the year 1986. Her birthplace is North Carolina, United States of America. “Jane Austin ‘Cissie’ Graham Lynch” is her given name. Her nationality is American, and her race is American-White. Her ethnicity is White. Franklin Graham (father) and Jane Austin Cunningham Graham Cissie were her parents when she was born (mother). Franklin, her father, is an American Protestant missionary and evangelist. Her father currently serves as the president of both the Billy Graham Evangelistic Association and Samaritan’s Purse. Will Graham, Edward Bell Graham, and Roy Austin Graham are three of her three children. Tullian Tchividjian, Morrow Lotz, Rachel-Ruth Lotz, and Jonathan Lotz are her cousins. Billy and Ruth Graham are her grandparents. In the year 2020, she will be 34 years old. She attended college as part of her schooling, but information on where and when she attended are currently unavailable. “During my first year of college, my father and I took a trip around the world,” she says. We visited various Samaritan’s Purse ventures and offices over the course of two weeks. Africa, Jordan, India, and Thailand were among the places we visited.” She is a devout Christian.

What is Jane Graham Lynch’s profession?

Jane Graham Lynch has started a podcast called Fearless, in which she shares personal stories about how God has helped her in her life.

In each episode of the podcast, she addresses various subjects and explains what the Bible says about them, encouraging viewers to read God’s Word for themselves so that they know what they believe and why they believe it, and urging them to stand confidently for the Gospel of Jesus Christ in an ever-compromise world.

“As Americans, people should recognize that the First Amendment’s first line guarantees their freedom of religion,” she said. However, Americans frequently overlook the phrase “free exercise of religion.” That means putting one’s faith into practice on a daily basis—in our classrooms, at our work, and, yes, even in the public square.”

She also claimed that religious freedoms were being threatened under the Obama-Biden administration.

During his presidency, she said, President Trump was a “fierce champion” for people of faith. “But then We the People elected Donald Trump, and people of faith immediately had a ferocious champion in the White House,” she said. Judges who uphold the First Amendment have been named by him. In court, he defended religious convictions.

He vowed that religious groups would not be pressured to compromise their values. He reversed policies that put our little girls in danger.”

She is currently a member of President Trump’s Faith Advisory Council’s Executive Evangelical Advisory Board.

Jane Graham Lynch has a husband.

Jane Graham Lynch is a married woman according to her marital status. On December 31, 2007, she married her long-time boyfriend, Corey Lynch. The couple married in a private ceremony with only their closest friends and family present. Corey, her husband, is a former American football safety who was selected in the sixth round of the 2008 NFL Draft by the Cincinnati Bengals. Appalachian State University was his alma mater. Corey attended Evangelical Christian School in Fort Myers, Florida, and graduated with honors. Brian Lynch, Lynch’s father, was his coach at this school. The couple has two children together. Maragaret is the name of one of her two daughters. With their children, the couple lives happily in Fort Myers, Florida. Her sexual preference is that of a heterosexual woman.

Moving on to her personal life, her partner, Corey, drove their four-week-old daughter over 1,000 miles across the country. Jane clung to the community of wives she met in each area, as well as numerous group Bible studies. “I’ll never forget a wife who had been a very good friend to me and a spiritual leader in my life that year saying to me, ‘Cissie, you’ve declared to be a Christian this whole year.’ You’ve participated in this Bible study and taken a stand. These wives are going to watch you and your reaction after Corey is fired to see if your God is still your God and if you still stand up for what you believe in.’ And it has always stuck with me, even after all these years, because no matter what world we are in, whether it’s the NFL, the corporate world, a classroom, or some other kind of business you’re in, when we take a stand for Jesus, the world is going to watch every moment to see whether we fall or fail, if God is still our God when things get tough.” As a result, the NFL provided Corey with several opportunities to portray Jesus Christ, whether through his on-field language or his refusal to submit to peer pressure to watch pornography. “What I’ve found in football over the years is that people don’t like Christians who waver,” he said, “but if you can find a way to remain consistent in your faith,… they won’t like you, but they will respect you for who you are.”

Jane Graham Lynch is a woman who puts in a lot of effort. Jane’s exact net worth has yet to be announced, but we will update this page as soon as we learn more. Likewise, the specifics of her pay are currently undisclosed. For what she has, she is living a simple life. She prefers not to show her money in public in order to draw attention. Her income comes from her position as a media personality. She is delighted with what she is getting as of today.

How tall is Jane Graham Lynch?

Jane Graham Lynch is a very beautiful woman with a charming personality. As per her height, she appears to be quite tall in stature if her photos, relative to her surroundings, are anything to go by. She has got a tall height of 5 feet 6 inches (estimated). Further information regarding her actual weight and other body measurements are currently not publicly available. Overall, she has got a healthy body.

Our contents are created by fans, if you have any problems of Cissie Graham Lynch Net Worth, Salary, Relationship Status, Married Date, Age, Height, Ethnicity, Nationality, Weight, mail us at [email protected]