Clayton Kershaw is an American professional baseball player who currently plays as the pitcher for the Los Angels Dodgers of Major League Baseball (MLB). 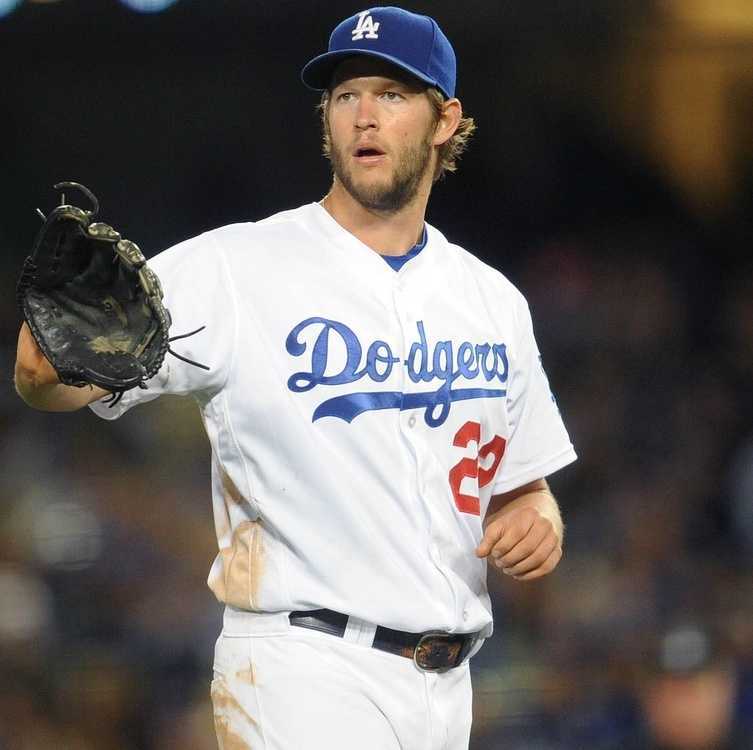 “I'll never take for granted the opportunity to put on a Dodger uniform.”

“Everyone talks about how hard it is to have a kid, and that scares you into waiting. It obviously is tough [to be a parent, but when you feel that love, and it's instant, and it's so cool, so fun. When your baby smiles at you or when you just hold your baby, it's a pretty awesome feeling.”

Your career goes fast, just a blink of an eye and you're an ex-baseball player, longer than you are a baseball player. I try not to think about it too much, but it seems like it does go fast

Clayton Kershaw is an American professional baseball player who currently plays as the pitcher for the Los Angels Dodgers of Major League Baseball (MLB). He has also won three Cy Young Awards and the National League Most Valuable Player Award in 2014. He was honored with Branch Ricky Award for his humanitarian work.

What is Clayton Kershaw famous for?

When was Clayton Kershaw born?

Clayton Kershaw was born on 19th March 1988 in Dallas, Texas, US. His birth name is Clayton Edward Kershaw. American is his nationality. His ethnicity is White. Pisces is his zodiac sign.

He was born to Christopher George Kershaw(father) and Marianne Kershaw(mother). He has no siblings. When he was 10 years old, his parents got divorced and he lived with his mother. His father was a musician and his mother was the daughter of the Astronomer, Clyde Tombaugh’s brother.

He was raised in Texas. He did his schooling at Highland Park High School and he started playing baseball in his school days. Later, he attended Texas A&M University. In 2006, he posted a 13-0 record with an earned average(ERA) of 0.77 and recorded 139 strikeouts.

How is Clayton Kershaw’s personal life?

The American baseball player, Clayton Kershaw is married to his girlfriend, Ellen Melson. They tied the knot on 4th December 2010. They started dating each other in 2003. The couple is blessed with a daughter, Cali Ann, and a son, Charley Clayton. His family currently lives in Dallas, Texas.

He also appeared in an episode of the show “New Girl” that aired on Fox television channel. He along with his wife co-authored a book “Arise: Live out Your Faith and Dreams on Whatever Field You Find Yourself” which was released on 10th January 2012.

This book was about their Christian faith. He donated all the money raised from the book to help the orphan children and poor people. He has been raising funds to build an orphanage in Zambia and has been donating millions from his strikeout in the season.

What is the net worth of Clayton Kershaw?

The American baseball player, Clayton Kershaw has an estimated net worth of $40 million USD as of 2019.

He earns an annual salary of $11 million USD in 2019. His worth includes all his property and his present earnings.

How tall is Clayton Kershaw?

The 31 years aged, Clayton Kershaw has an athletic body. He stands 6ft 4inches tall and has a bodyweight of 100kg(228 pounds).

Our contents are created by fans, if you have any problems of Clayton Kershaw Net Worth, Salary, Relationship Status, Married Date, Age, Height, Ethnicity, Nationality, Weight, mail us at [email protected]