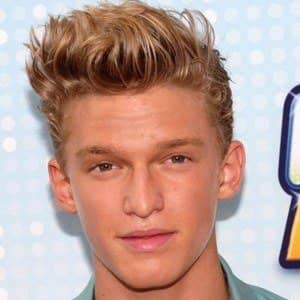 Cody Simpson is an actor, singer, songwriter, and dancer from Australia. He has set his feet in the music industry since the year 2009 and is very popular ever since. Simpson has won the first season of an Australian show, “The Masked Singer Australia” and is most famous for his debut album “4U”.

Where was Cody Simpson born?

Cody Simpson was born on January 11, 1997, in Gold Coast, Queensland, Australia. As of 2020, his age is 23 and holds the nationality of Australia. His birth name is Cody Robert Simpson and his zodiac sign is Capricorn.

He was born as the eldest child to father Brand Simpson and mother Angie Simpson. Talking about his parents’ profession, her mother worked as a volunteer at the swimming club whereas his father’s occupation is still unknown. Simpson grew up along with his two siblings.

His brother Tom is into science research and sister Alli is also a musician. Academically, Simpson attended All Saints Anglican School and was a talented swimmer. He even won gold medals at the 2009 Queensland Swimming Championships.

How did Cody Simpson pursue his Career?

Before Cody found his fame, Shawn Campbell found him when he was in his pre-teens. Cody posted a couple of songs on YouTube and a few days later, he was called by Shawn who was amazed by the kid’s ability to perform instinctively.

Cody Simpson began recordings songs during the summer of 2009 by performing ‘I’m Yours‘ by Jason Mraz, ‘Cry me a river’, and ‘Senorita’ by Justin Timberlake. Later he introduced his debut song “iYiYi” on May 15, 2010. Following year, he released several other hits such as Coast to Coast and On My Mind.

Furthermore, he released the albums paradise in 2013 and Free in 2015. Taking consideration of his lifetime achievements, he has won the Nickelodeon Australian kid’s Choice for “Fresh Aussie Musos”. The same year, he won a breakthrough of the year for “Breakthrough Internet Sensation” along with MTV Europe movie awards for “Best Australian Act”. As a Hollywood star, he won young Hollywood awards for “Role Model” (2013) and World Music Awards for “Worlds Best Male Artists”.

How tall is Cody Simpson?

Cody stands with a decent height of 5 feet 11 inches and weighs about 73 kilograms. Additionally, his body features a pair of blue eyes and blonde hair. Moreover, his chest, waist, and biceps size measure at 39-14-32 inches.

Who has Cody Simpson dated?

The young and handsome singer has a pretty impressive dating history. Firstly he dated Sahara Ray in 2015, later in 2013 he was seen with American model GiGi Hadid.

Additionally, he was in a relationship with Kylie Jenner, Bella Thrones, and Hudgens. Moreover, the actor has also dated Model Charlotte Lawrence.

Most recently, he was in a relationship with pop sensation, Miley Cyrus. However, they recently broke up in August 2020 after less than a year of dating. Currently, he seems to be single.

What are the net worth and salary of Cody Simpson?

As a popular singer and actor, it is no doubt that Cody makes a great number out of his career. As of the report from several websites, Cody has an estimated net worth of about $4.5 million. His songs and acting skills have set an impression of perfection in the eyes of viewers. However, he hasn’t officially disclosed his exact earnings or salary.

Our contents are created by fans, if you have any problems of Cody Simpson Net Worth, Salary, Relationship Status, Married Date, Age, Height, Ethnicity, Nationality, Weight, mail us at [email protected]