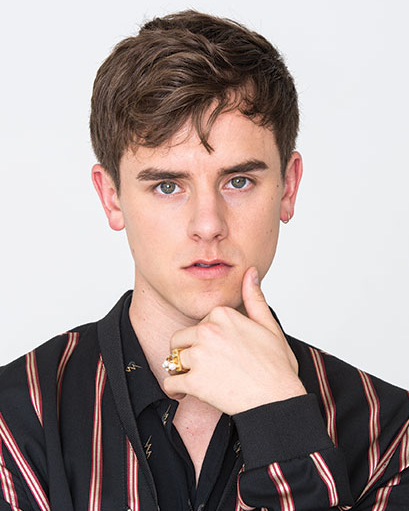 Connor Joel Franta is a popular YouTuber, Writer, Entrepreneur as well as Entertainer. He is a multi-talented person and famously recognized as Connor Franta. His total view till June 19, 2018, is 420 million. Currently, his associated network is “Big Frame”.

Youtuber, Connor Franta was born on 12th September 1992 in Wisconsin, U.S. He father name is Peter Franta and mother name is Cheryl Franta. As he belongs to American parents, his nationality is American. Connor went to St. Peter’s Catholic School, Hokah, Minnesota. He graduated from La Crescent High School in the year 2011.

The charming and handsome YouTuber height is of 175 cm and weight is of 67 Kg. The hair color of Franta is Light brown and Eye color is Green.

Connor has not revealed anything about his relationship to the media. There is no history of dating about him. His sexual orientation is Gay. On 8th December 2014, he came out as gay publicly through a YouTube video posted.

Our contents are created by fans, if you have any problems of Connor Franta Net Worth, Salary, Relationship Status, Married Date, Age, Height, Ethnicity, Nationality, Weight, mail us at [email protected]