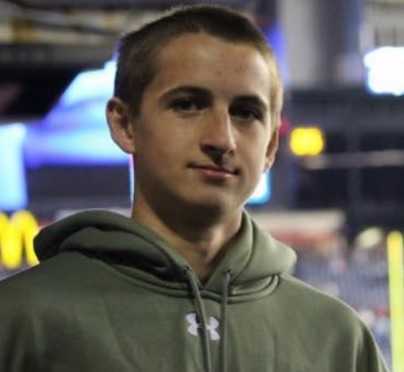 Conrad Roy was an American marine salvage captain. His birth name is Conrad Herni Roy III. He committed suicide at the age of 18. His 17-year old girlfriend, Michelle Carter was accused of encouraging Conrad Roy to commit suicide. They were in a long-distance relationship. Her noted investigation and involuntary manslaughter trial, Commonwealth v. Michelle Carter in Massachusetts became popular as the “texting suicide case”.  Carter was convicted by a judge of involuntary manslaughter.

Roy always insisted he wanted to die when he sought help from numerous mental health professionals.

Conrad Roy was born in 1995. His birth name was Conrad Henri Roy III. His birth place was Mattapoisett, Massachusetts in the United States. He held American nationality.

He graduated on the Honor Roll from Old Rochester Regional High School in Mattapoisett in June 2014. He was an athletic student at high school. He actively played baseball, rowed crew, and ran track. For his excellent GPA with 3.88, he was accepted to Fitchburg State University to study business. However, he decided not to study further.

After working in his family business, marine salvage business, he took classes for the license from the Northeast Maritime Institute.

Conrad Roy had social anxiety issues while attending school and going into the classroom. He later struggled with depression as well. He had visited several therapists and counselors to overcome his anxiety and depression. Prior to his death, he also visited a cognitive behavioral therapist.

He was once hospitalized for an acetaminophen overdose. He was 17 years old then. At the time, he was talking to a girl he had met in a group. The girl called the police.

Roy met Carter on a family vacation in Florida in 2012. They attended different high school. They started their affairs. They were far from each other and had been in an on-off long distance relationship. They met only a few times in three years. They mostly exchanged text messages and emails.

After learning Roy trying to kill himself for physical and verbal abuse by his father and grandfather, and he tried to commit suicide, Carter repeatedly discouraged him from killing himself. She also encouraged him to get professional help.

Roy had been taking Celexa for some time.

Roy and Carter were exchanging texts on 13 July 2014. Carter’s attitude changed when she started thinking that it would be a “good thing to help him die”. Roy then committed suicide. He poisoned himself with carbon monoxide fumes in his truck in the now-closed Kmart parking lot in Fairhaven, Massachusetts.

His Memorial Mass was celebrated on 19 July 2014 at St. Anthony’s Church in Mattapoisett.

Michelle Carter was indicted on 4 February 2015. She was 17 years old at the time. She was arraigned on 5 February at in New Bedford Juvenile Court on charges of involuntary manslaughter in Taunton, Massachusetts. The grand jury found enough to charge her with “wantonly and recklessly” assisting the suicide.

She was 17 at the time and was indicted a ‘youthful offender’ rather than a ‘juvenile’.

The Massachusetts Supreme Judicial Court denied the appeal on 1 July 2016 allowing the case to go forward.

Carter waived her right to jury trial on the day before trial on 6 June 2017.

The Bristol County Juvenile Court of Massachusetts, Judge Lawrence Moniz found Carter guilty of involuntary manslaughter ion 16 June 2017. He stated prior to his ruling that it was Carter’s phone calls with Roy when he was in his truck gassing himself, as described by Carter’s texts to friends, rather than the preceding text messages that caused him to go through with killing himself.

Judge Lawrence Moniz, on 3 August 2017, sentenced Carter to serve a two-and-a-half-year term with 15 months to be served in the Bristol County House of Corrections, the rest of the balance suspended and five years of probation to be served.

Judge Moniz also granted the stay with conditions that she stay away from the Roy family upon her lawyers request to issue a stay of the sentence until all of Carter’s Massachusetts court appeals options are exhausted.

The Massachusetts Supreme Judicial Court ordered her involuntary manslaughter conviction to stand on 6 February 2019 as the court ruled that Carter acted with criminal intent when she encouraged Roy to commit suicide.

She will face her 15-month prison sentence in the near future. However, the rest of the 2.5-year sentence was suspended, followed by five years of probation.

Our contents are created by fans, if you have any problems of Conrad Roy Net Worth, Salary, Relationship Status, Married Date, Age, Height, Ethnicity, Nationality, Weight, mail us at [email protected]