Cris Cyborg is a Brazilian-American mixed martial artist who is currently signed to Bellator MMA. 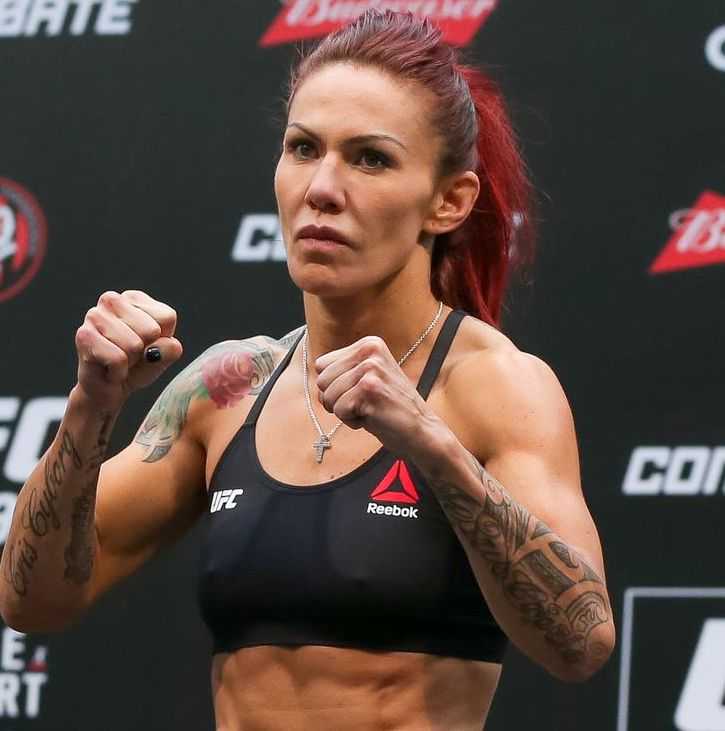 Cristiane Justino Venâncio, popularly known to be Cris Cyborg is a Brazilian-American mixed martial artist who is currently signed to Bellator MMA. Cyborg is the former UFC, Strikeforce and Invicta FC World Featherweight Champion.  Cyborg rose to fame after she won the Strikeforce title in 2009. She is #15 in official UFC pound-for-pound rankings as of 2019.

The shocking news and headline of MMA, has been none other than the UFC champion, Cyborg after it was released that Bellator and Scott Coker are about to sign Cyborg ina multi-year, multi-fight deal ever that MMA history ever had for women as announced on September 3, 2019.  Cris is supposed to be the strongest player among all the women in MMA history of all time.

What is Cris Cyborg Famous for?

When was Cris Cyborg Born?

Cris Cyborg was born on July 9, 1985, in Curitiba, Parana, Brazil. Her birth name is Cristiane Justino Venâncio. Her nationality is Brazilian, she also has got American citizenship. Cyborg belongs to Latino ethnicity while Cancer is her zodiac sign.

Cyborg was born to Brazilian parents. She was raised along with her brother named, Rafael Justino.

Cyborg was interested in sports since her childhood. She was even a national-level team handball player in Brazil before he got discovered by Rudimar Fedrigo, a Chute Boxe Academy trainer.

Later on, Cyborg started her career in Mixed Martial Arts(MMA) and he got trained under Rudimar Fedrigo, Chute Box Academy.

How is Cris Cyborg Popular In Among the People: Professional Career?

Some of Cyborg’s Championships and Accomplishment

Cris Cyborg was married to Evangelista Santos. Evangelista “Cyborg” Santos is also an MMA fighter. She adopted his nickname “Cyborg”. The couple first met during a training session at the Chute Box Academy.

Later, in 2005, the couple got officially married. However, their relation couldn’t last long and they divorced in December 2011.

Then after, Cyborg started dating Ray Elbe. Elbe is also an MMA player, who has been a four-time MMA Champion and BJJ Black Belt.  The couple is now engaged and has adopted a baby girl who is 12. They got engaged in 2017.

Currently, Cyborg along with her family resides in San Diego, California, USA. She got a naturalized U.S. citizen since 016.

How much is Cris Cyborg Worth?

The martial artist, Cyborg has an estimated net worth of $5 million. Considering the hard work that Cyborg has put on in her career, Cyborg has managed to amass a great fortune around $255,000 as an MMA fighter.

Cyborg has great earnings through her career as an MMA fighter.

How tall is Cris Cyborg?

The 34 aged, Cyborg has a well maintained athletic body physique. With her day-to-day workout routine, she has an incredibly tough muscular fame. Cyborg stands tall with a height of 5ft. 8inch.(1.73 m). She has a body weight of around 65.6kg(144.6 lbs). Cyborg has a shoe size of 7.5(US) while 6(US) is her dress size.

Talking about her outer looks, Cyborg has a fair complexion with light brown hair and dark brown eyes.

Our contents are created by fans, if you have any problems of Cris Cyborg Net Worth, Salary, Relationship Status, Married Date, Age, Height, Ethnicity, Nationality, Weight, mail us at [email protected]