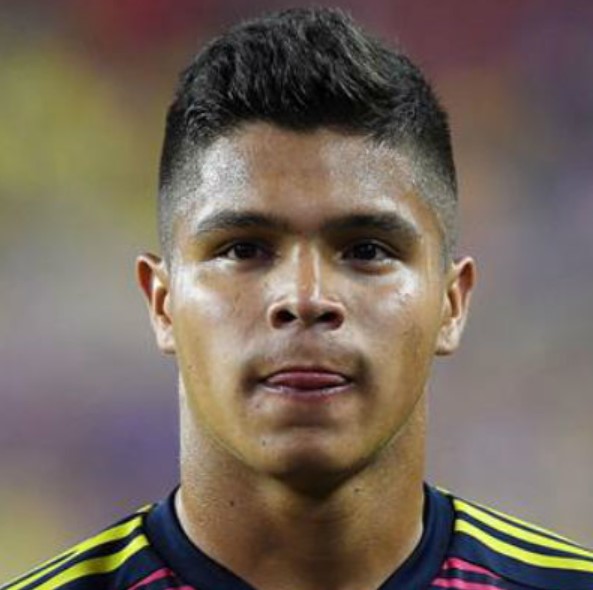 Juan Camilo Hernandez Suarez, professionally known as Cucho Hernandez is a Colombian football player. He plays as a striker. He started his professional football career from Colombian club Deportivo Pereira and currently plays for the Spanish club Mallorca. He played for several clubs including Granada, America de Cali, Watford, and Huesca before joining Mallorca on loan in 2019.

He has over 337k followers on his Instagram @cuchohernandez10.

What is Cucho Hernandez Famous For?

Where is Cucho Hernandez From?

Cucho Hernandez was born on 22 April 1999. His birth name is Juan Camilo Hernandez Suarez. His birth place is in Pereira in Colombia. He holds a Colombian nationality. He was born to Nestor Hernandez (father) and Yaneth Suarez (mother).

He was named Cucho since he was a toddler. His father would shave his head that led him to be compared to Argentine soccer player Esteban “Cuchu” Cambiasso. In Colombian slang, “cucho” means an old man. He was said to look like an old man.

Cucho Hernandez is unmarried but not single. He is too young to get married. He is in his early 20s. He is in a relationship with Daniel Zapataz.

How Tall is Cucho Hernanzez?

Cucho Hernanzed stands at a height of 1.75 m i.e. 5 feet and 9 inches tall. He has a body weight of 73 kg. He has an athletic body build. His eye color is dark brown and his hair color is black.

Cucho Hernandez earns from his career as a professional footballer. His income comes from contracts, salaries, bonuses, and endorsements. The young footballer has already played for several clubs, most notably for his first club Deportivo Pereira and Huesca, where he helped Huesca to promote to the La Liga in 2018. His contract details are not available at present. Thus, it is uncertain to determine his salary.

Our contents are created by fans, if you have any problems of Cucho Hernandez Net Worth, Salary, Relationship Status, Married Date, Age, Height, Ethnicity, Nationality, Weight, mail us at [email protected]