Dakota Johnson is an American actress and model. 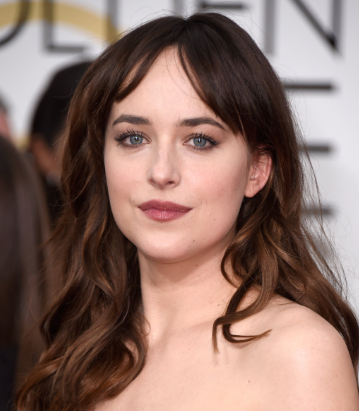 Dakota Mayi Johnsonsimply named as Dakota Johnson is an American actress and model. She also received the People’s Choice Award for Favorite Dramatic Movie Actress and a BAFTA Rising Star Award nomination for her performance in the series named “Fifty Shades”. She made her film debut in the year 1999 and appeared in the movies such as The Social Network (2010), Beastly (2011), 21 Jump Street (2012), The Five-Year Engagement (2012) and Need for Speed (2014).

Dakota Johnson denies she’s expecting a baby boy with her boyfriend Chris Martin. Dakota Johnson’s representative claims the actress isn’t expecting a baby with Chris Martin. The 29-year-old Hollywood star was reported to be expecting a son with her partner of over a year after pictures were taken depicting what appeared to be several stars turning up for a gender reveal party on Sunday, where a blue set of the balloon was released into the sky. On Sunday, pink and blue balloons were reportedly spotted above Coldplay singer Chris Martin’s home, leading a US publication to claim it was a bash to celebrate the baby news. However, a representative for the Fifty Shades star said she’s not pregnant.

Dakota Johnson was spotted leaving Jimmy Kimmel Live in Los Angeles on Thursday. The 29-year-old stunner looked every inch the silver screen starlet as she donned an unforgettable plunging black suit for the promotional event. And the outing comes just days after she denied pregnancy rumors on The Ellen Show regarding her rumored relationship with Cold Play’s lead singer Chris Martin.

Dakota Johnson opens up on ‘extremely’ difficult Fifty Shades Freed, ‘tedious’ sex scenes. She has opened up on the behind-the-scenes difficulties with the Fifty Shades movies. The actress starred in the R-rated trilogy with Jamie Dornan, which concluded with the release of Fifty Shades Freed back in February. Speaking to the Times, she was asked about the notorious backstage troubles that saw director Sam Taylor-Johnson leave after one movie amid a clash with creator EL James. A male director, James Foley, was recruited to finish the trilogy. Asked if it was “tricky” to continue, Johnson said: “Extremely.

29 years, Dakota Johnson was born on 4th October 1989 in Austin, Texas, the USA. Her nationality is American. She was born to Don Johnson and Melanie Griffith, her parents. At the time of her birth, her father was shooting the film “The Hot Spot” in Texas. She has six half-siblings; four on her father’s side, including actor Jesse Johnson, and two on her mother’s side. Her birth sign is Libra. Her ethnicity is Mixed(English, Welsh, German, Norwegian, Scots-Irish, Irish, Scottish, and distant Dutch and French Huguenot).

Moving towards her education, she attended Aspen Community School. She later attended the Santa Catalina School in Monterey, California, for her freshman year of high school before transferring to New Roads School in Santa Monica, California.

Dakota has got a very nice body figure. She has a good height of 5 feet 7.5 inches with body weight 54 kg. She has brown hair color and her eye color is blue. She has a well-shaped body of 34-24-34 inches. Her bra size is 32B, her shoe size is 8(US) and her dress size is 2(US). Her charming face and smile attract lots of fan towards her.

Dakota Johnson is not married yet but she is in a relationship. She is having an affair with Chris Martin who is a lead singer of the band, Coldplay. Recently, in December 2017 they were seen holidaying in Israel. The couple is living a happy life together and enjoying a luxurious life together.

Previously, she was in relationships with musician Noah Gersh and actor Jordan Masterson. Since 2014 she has been in an on/off relationship with model Matthew Hitt.

Net worth of Dakota

The net worth of this famous Actress, Dakota is estimated to have $5 Million as of 2018. The main source of her income is from her acting career. She is earning a considerable income from her work and she is satisfied with her earning. Her salary is not revealed yet and will be updated soon. She and co-star, Jamie Dornan were only paid $250,000 each for their work, including box office bonuses. However, it is said that the duo asked for seven-figure salaries for Fifty Shades Darker.

Our contents are created by fans, if you have any problems of Dakota Johnson Net Worth, Salary, Relationship Status, Married Date, Age, Height, Ethnicity, Nationality, Weight, mail us at [email protected]