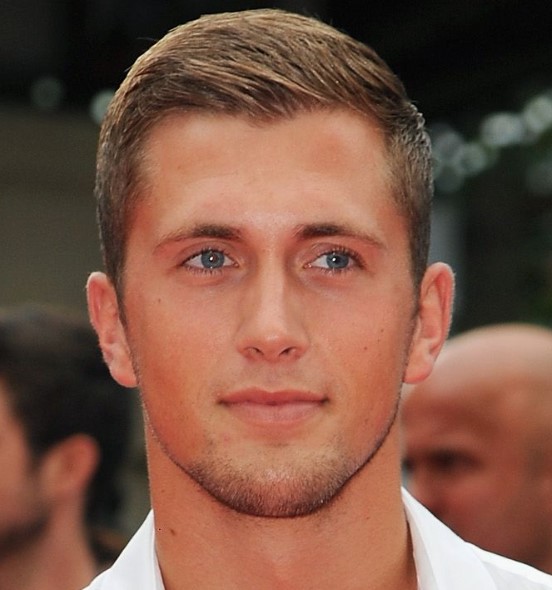 Dan Osborne is an English television personality, who is well-known for his appearance as a former cast member on the ITVBe reality series, “The Only Way Is Essex”. He worked as a professional model before landing his breakthrough role on “The Only Way is Essex”.

He also got selected as a contestant on the television show, “Splash!”. In 2018, he was a housemate on Celebrity Big Brother, reaching the final and finishing in third place.

Besides, Dan is in news for his relationship with his wife, Jacqueline Jossa as on July 17, 2020, Dan admitted of cheating on Jossa before. He is quite active in social media sites with over $1.1 million followers on his Instagram: @danosborneofficial.

What is Dan Osborne Famous for?

Where was Dan Osborne Born?

Dan Osborne was born on June 27, 1991, in Dagenham, England. His birth name is Daniel James Osborne. His nationality is English. Osborne belongs to White ethnicity while Cancer is his zodiac sign.

Dan grew up in his hometown along with his 3 siblings: Joe Kilduff, Mike Osborne, and Ryan Osborne. He attended Eastbury Community School in London in 2007 however, he dropped out and began his career initially as a tattoo artist.

He has also worked as a professional model and even has appeared on the cover of Attitude magazine and graced the pages of other publications, including OK!, Now, Reveal, and Star Magazine.

Dan Osborne is currently married to Jacqueline Jossa. Jossa is an English actress, best known for portraying the role of Lauren Branning in the BBC soap opera “East Enders”. After dating for a year and brief separation, they got engaged after Dan proposed to her during a trip to Greece for her sister’s wedding in June 2015.

On February 15, 2015, Jossa gave birth to their first daughter together named Ella Selina Osborne. Two years later, on June 24, 2017, the couple got married at Delamere Manor, Cheshire, in a grand wedding attended by 170 guests.

Osborne is also the father of his son named Teddy Osborne, born in 2013 from his previous relationship with his ex-girlfriend Megan Tomlin.

Besides, on July 17, 2020, Osborne admitted cheating on his wife and also explained that he had “made mistakes” and he admitted he was at fault doing things he “shouldn’t have done”. Despite the fact that Osborne cheated on Jossa, they are still together.

Dan Osborne has quite good earnings from his professional career as a television personality. Having been in the field for over 5 years, Osborne has managed to earn quite a healthy fortune from his several appearances on TV shows.

His net worth is estimated to be around $2 million.

Dan Osborne is a handsome man in his late 20s. With his good looks and brown hair, Dan has managed to win several hearts all around the country. He stands tall with a height of 6ft. 5inch.(1.96m) while his body weighs around 87kg. He has a fair complexion with blue eyes and brown hair.

Our contents are created by fans, if you have any problems of Dan Osborne Net Worth, Salary, Relationship Status, Married Date, Age, Height, Ethnicity, Nationality, Weight, mail us at [email protected]