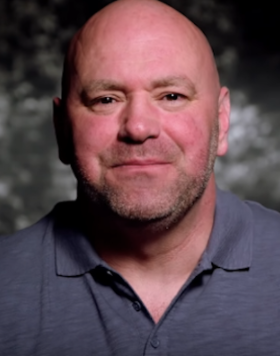 An American businessman as well as the current President of the Ultimate Fighting Championship (UFC) who is known for his success with the UFC as under his leadership, the largest mixed martial arts (MMA) organization in the world is named for Dana White. He was 17 years old when he started boxing. He has worked on projects which include UFC: Road to the Octagon, UFC Fight Flashback, UFC 25 Years in Short, UFC 200 Greatest Fighters of All Time, and The Ultimate Fighter: Brazil as a producer. His mother, June published a book titled “Dana White, King of MMA: An Unauthorized Biography” in the year 2011 and alleged that after tasting success with the UFC, he “turned his back on his family and friends who were there for him when he needed help and support” and also said that he has often engaged in acts of infidelity with UFC ring girls like Rachelle Leah and Arianny Celeste. Not only this but also he has supported Donald Trump and endorsed him while speaking at the 2016 Republican National Convention in Cleveland, Ohio as he revealed that Trump helped the UFC in the beginning and White also added, “No arenas wanted us. This guy reached out, and he’s always been a friend to me”. He has also appeared in shows like It’s Always Sunny in Philadelphia, Jimmy Kimmel Live!, The League, and Silicon Valley. He has been honored with awards such as the Wrestling Observer Newsletter Award and World MMA Award. He is also active in social media with more than 6 million followers on Twitter, more than 5 million followers on Instagram, and more than 2 million followers on Facebook.

In a fiery speech at the Republican National Convention, Dana White rips calls to defund police.

During a fiery speech in favor of President Trump at the Republican National Convention on Thursday night, UFC President Dana White slammed calls to defund the police. In remarks broadcast at the 2020 Republican National Convention on Thursday night, he gave a no-holds-barred endorsement of President Trump. In a pre-recorded video, White said, “We need President Trump’s leadership now more than ever.” ‘America, come on—defunding these crucial positions is not the solution,’ he said. Prior to the coronavirus pandemic, he congratulated the Trump administration for creating “the best economy in our nation’s history.” In a time of increased violence, he blasted demands from top Democratic lawmakers to defund the police, claiming it led to “the lawless destruction that is now happening in a few of our great cities.” “It astounds me how easily some of our country’s leaders have overlooked the vital position first responders play in our society,” White said. “Police departments and other law enforcement agencies, as well as some fire departments, have faced criticism from many in this country, but they are still the first to respond when things are at their worst, putting themselves in danger.” Trump had previously invited White and other sports and business leaders to join a task force tasked with determining how to safely reopen the economy in April 2020. Trump, he said, understood the value of sports in returning a sense of normalcy to Americans’ lives as they grappled with an unparalleled health threat.

Being a businessman in the United States of America.

For the sale of UF to W G Group for $4 billion.

Being the President of the Ultimate Fighting Championship at the moment (UFC).

Dana White was born in what city?

Dana White’s birth name/real name is Dana Frederick White Jr., and he was born on July 28, 1969, in Manchester, Connecticut, United States. He is of mixed race, since he is of Irish white descent and holds an American nationality. His ethnicity is White. June White (mother) and Dana White Sr. were his parents when he was born (father). In 2011, his mother, June, published “Dana White, King of MMA: An Unauthorized Biography.” June wrote in the book that Dana had “turned his back on his family and friends who were there for him when he needed help and support” after his success with the UFC. He has a sister named Kelly White who is his sibling. He went to Hermon High School in Maine for his studies. He started boxing at the age of seventeen. He enrolled in college twice, once at Quincy College and once at UMass Boston, but dropped out both times within the first semester. He spent the majority of his childhood under the supervision of his mother and maternal relatives. His zodiac sign is Leo. He was raised as a Catholic, but now identifies as an atheist. In the year 2020, he will be 51 years old.

Dana began her career as a consultant for Tito Ortiz and Chuck Liddell.

He contacted his childhood friend Lorenzo Fertitta after learning that Meyerowitz was planning to sell the UFC.

Lorenzo and his older brother Frank bought the UFC for $2 million in January 2001, and it later became a subsidiary of Zuffa, where he was named president.

He said that all he and the Fertittas got when they bought the UFC was the name “UFC” and an old octagon.
As a result of his tenure as president of the UFC, the company has evolved into a highly profitable corporation, with gross sales of $600 million in 2015.

He was also granted an interest in the new company and would continue in his position as president.
In May 2017, the UFC announced that White will host “Dana White’s Contender Series.”

On March 18, 2019, he announced that he had signed a new seven-year contract to serve as president of the UFC, following the UFC’s agreement with ESPN.

Due to McGregor’s UFC contract, he also joined the boxing scene by co-promoting Floyd Mayweather Jr. vs. Conor McGregor.

He also appeared at the 2016 Republican National Convention in Cleveland, Ohio, where he endorsed Donald Trump, the Republican nominee.

He also reaffirmed his support for Trump in the 2020 election, appearing at one of Trump’s reelection rallies in Colorado from the podium.

Foundation for the Armed Forces

Dana White’s Wife: Who Is She?

In terms of Dana White’s marital status, he is happily married. In the year 1996, he married Anne White, his long-term beautiful girlfriend. Dana and Anne met while they were in eighth grade and have been together ever since. When the pair married in a private ceremony in Las Vegas, Anne was just 18 years old. The couple also has three children: Dana White II and Aidan, two sons, and Savannah White, a daughter. As of now, the couple is living happily in their new situation with no interruptions. He is not gay and has a straight sexual orientation.

Going into the specifics of Dana White’s personal life, he was embroiled in a sex-tape controversy in Brazil in 2014, when a stripper reportedly filmed a sexual encounter with White without his consent. White, according to the stripper, had been seeing her for months during his marriage. White allegedly charged the stripper $10,000 to dance and have s*x with him, according to the lawsuit.

Dana White’s net worth is undisclosed.

Dana White is the new President of the Ultimate Fighting Championship in the United States (UFC). With such a high status, his net worth will undoubtedly be in the millions. According to reports, Dana Whitte’s net worth is expected to be $550 million by 2020. He made a lot of money when the biggest deal in professional sports history happened, which was the sale of UF for $4 billion to the W.G. Group, for which he earned $360 million, which was equivalent to a million dollars. He raises $20 million as a president of the UFC, where he works for five years and collects about 9% of the company’s earnings. In terms of his homes and automobiles, he acquired three vehicles in 2006, 2017 and 2017. In 2006, he paid $1.95 million for a mansion in Pine Island Court, Las Vegas, from Frank Fertitta III. From October 2016 to June 2017, he purchased three more mansions in the same location for a total of $6.2 million. Pawn Stars, a History Channel show, aired an episode from season 15 of the show (originally airing on February 5, 2018), White spent over $60,000 on Katana blades, including a 16th-century Japanese Katana owned by Rick Harrison. He also owns a Range Rover, a Ferrari, a Bentley, and a number of motorcycles. In 2010, he also donated $50,000 to Tuptim Jadnooleum, the daughter of “Kru Nai” Rattanachai, one of Tiger Muay Thai and MMA’s instructors in Phuket, Thailand. He gave $100,000 to his former high school to assist with athletic facility upgrades. In 2017, he gave $1 million to the families of the Las Vegas shooting. He is now enjoying a lavish lifestyle thanks to his earnings.

Dana White is a calm and beautiful young woman with a charming personality and attractive demeanor. He stands at 5 feet 10 inches tall and weighs 95 kilograms. His physique is imposing. His eyes are dark brown, and his hair is bald. His eyes are set far back in his head. His other body measurements are currently unavailable. He keeps his body in good shape by exercising often. He is really concerned about his health. In May of 2012, he was diagnosed with Meniere’s disease, a neurological condition, he said. “It’s like vertigo on steroids,” he said. For Meniere’s disease, he is seeking Orthokine medication, which he believes has significantly reduced his symptoms.

Our contents are created by fans, if you have any problems of Dana White Net Worth, Salary, Relationship Status, Married Date, Age, Height, Ethnicity, Nationality, Weight, mail us at [email protected]