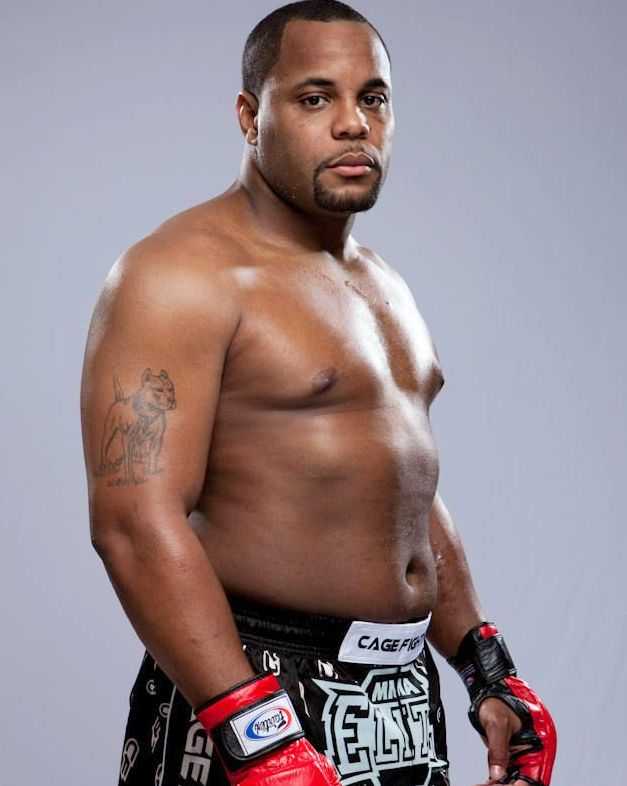 No matter how bad things get, eventually the sun is going to shine. If you just keep at it, pursuing your goals, eventually good things happen to decent people. For a person who is set on his goals, good things will happen. Everyone deals with adversity, it's how you bounce back from it.

Work ethic, confidence, a laser focus and commitment to accomplish a goal that most people can never imagine.

If you truly believe in yourself and your skills, most times, it's enough.

Daniel Ryan Cormier, professionally known as Daniel Cormier is an American mixed martial artist. He is also a former Olympic wrestler. He is currently signed to the UFC. He fights in the Heavyweight division. He is a former heavyweight world champion in the UFC. He is ranked No. 1 pound-for-pound (P4P) and No. 1 Light Heavyweight fighter in the UFC. He was Strikeforce Heavyweight Grand Prix Champion and King of the Cage Heavyweight Champion before joining the UFC.

What is Daniel Cormier famous for?

Considered one of the greatest mixed martial arts fighters of all time.

The second of four fighters in UFC history to hold titles in two weight classes simultaneously.

The first and only fighter to defend titles in two weight classes.

Where was Daniel Cormier Born?

Daniel Cormier was born on 20 March 1979. His birth name is Daniel Ryan Cormier. His birthplace is in Lafayette, Louisiana in the United States. He holds an American nationality. He was born to a father, Joseph Cormier, and a mother, Audrey Cormier. He has 3 siblings, Joseph, Felicia, and Ferral.

He attended Northside High School. He won 3 Louisiana state championships in wrestling while in high school. He was twice voted the most outstanding wrestler of the state tournament. He also won a bronze medal in the world championships in Greco-Roman Wrestling in the cadet (15-16 years old) division. He was also an all-state football player at high school. LSU offered him a scholarship to play college football but he rejected the offer to pursue a wrestling career.

After high school, he attended Colby Community College. He won junior college national champion at 197 pounds twice in 1998 and 1997. He then transferred to Division I wrestling powerhouse Oklahoma State University. He went 26-5 in 2000 and 27-5 in 2001. He graduated from OSU with a degree in sociology.

After graduating from OSU, he went on to have a successful career in Freestyle Wrestling.

He started representing Team USA at the world level in 2003.

He won a gold medal at the quadrennial Pan American Games in 2003.

He won a gold medal at the Golden Grand-Prix Ivan Yarygin in 2005.

He was pulled out from the 2008 Olympic wrestling team for the USA due to kidney failure.

He won a bronze medal at the 2007 Wrestling World Championship.

He represented the Oklahoma Slam team and won the now-defunct Real Pro Wrestling league in 2004.

He was appointed the head wrestling coach at Gilroy High School in 2018.

He decided to pursue a career in MMA in the Heavyweight division after the 2008 Olympics.

He trained at American Kickboxing Academy.

He made his professional MMA debut in September 2009.

He signed an eight-fight deal with Strikeforce in 2010.

He made his Strikeforce debut against Gary Frazier, where he won via TKO.

He became the Strikeforce Heavyweight Grand Prix Champion defeating Josh Barnett via unanimous decision in May 2012.

He made his UFC promotional debut against Frank Mir in April 2013, defeating Mir via unanimous decision.

His teammate Cain Velasquez was then the current UFC Heavyweight Champion. Thus, Cormier moved down to the Light Heavyweight division.

He made his Light Heavyweight division debut against Patrick Cummins in February 2014. He won the bout via TKO.

He defeated Dan Henderson via technical submission in May 2014.

He was chosen as spokesperson for his new Cage Fighter signature wrestling shoe when he competed in an exhibition wrestling match against Chris Pendleton during the UFC Fan Expo.

He defeated Anthony Johnson in May 2015 to win the vacant UFC Light Heavyweight Championship.

He defeated Alexander Gustafsson via a split decision in October 2015.

He signed a new eight-fight contract with UFC in November 2015.

He defeated Anthony Johnson via submission in a rematch in April 2017.

He returned to the Heavyweight division.

He defeated Stipe Miocic to win the UFC Heavyweight Championship in July 2018.

He became one of only four fighters to have held two UFC championships simultaneously. He also became only the fighter to defend at least one of his belts.

Cormier provoked and challenged Brock Lesnar following his win against Stipe Miocic. Lesnar emerged from the audience and came into the octagon to accept the challenge.

He made his first defense of his heavyweight championship against Derrick Lewis in October 2019, where he defeated Lewis via a rear-naked choke.

He became the first UFC fighter to win and defend both the Light Heavyweight and Heavyweight belts.

He also became the first UFC fighter to be a double champion who successfully defended both belts.

He lost in a rematch with Miocic via technical knockout in August 2019 for the UFC Heavyweight Championship.

2018 CombatPress.com Male Fighter of the Year

2018 MMAJunkie.com Male Fighter of the Year

2018 MMA Fighting Fighter of the Year

2018 MMADNA.nl Male Fighter of the Year

2018 Wrestling Observer Newsletter Most Outstanding Fighter of the Year

2018 World MMA Analyst of the Year

Who is Daniel Cormier Married to?

Daniel Cormier is a married man. He is married to Salina. Salina gave birth to their son, Daniel Jr. in February 2011. Their second child, a daughter was born in March 2012. They tied a knot to each other in June 2017.

Cormier also had a daughter with his former girlfriend. His daughter died in a car accident in June 2003. He was also previously married to Robin.

How Tall is Daniel Cormier?

What is Daniel Cormier Net Worth?

Daniel Cormier earns from his professional MMA career. His income comes from contracts, salary, prize money, and endorsement. He has earned several fights of the night and performance of the night bonuses. One of the greatest MMA Fighters has not retired from professional fighting as of August 2019. His net worth is estimated at $4 million.

Our contents are created by fans, if you have any problems of Daniel Cormier Net Worth, Salary, Relationship Status, Married Date, Age, Height, Ethnicity, Nationality, Weight, mail us at [email protected]