Last Updated: January 28, 2022 | By Samyog Malakar
Share this
In Relation 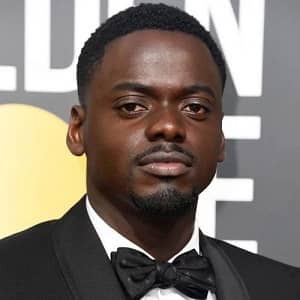 Daniel Kaluuya is a British actor and writer. An Academy Award nominee for his role in ‘Get Out’, Kaluuya is also famous for his works in ‘Black Mirror’, ‘Suckerpunch’, ‘Psychoville’, ‘Black Panther’, etc.

How old is Daniel Kaluuya?

Daniel Kaluuya was born on February 24, 1989, in London, England. As of 2020, his age is 31. He was born to Ugandan parents. His father, Stephen lived in Uganda and rarely visited him due to UK visa regulations so he lived with his mother, Damalie on a council estate in Kentish Town. He also has an older sister. Kaluuya attended St Aloysius College, London.

His nationality is British and his ethnicity is Ugandan.

Kaluuya started his acting career with small roles in ‘The Whistleblowers’, ‘Comedy Shuffles’, ‘Shoot the Messenger’, etc. In 2007, he landed the role of Posh Kenneth in the drama, ‘Skins’ in which he also served as a contributing writer on the first two seasons.

After starring for two years in the Skins, he made guest appearances in Silent Witness, Doctor Who, Lewis, That Mitchell and Webb Look, Harry and Paul, etc.

He appeared in several short films such as Baby, which premiered at the Sundance Film Festival, and received the Best Short Film Award at the Edinburgh International Film Festival and the British Independent Film Awards.

In 2011, he appeared alongside Rowan Atkinson in Johnny English Reborn, as Agent Tucker. After appearances in ‘The Fades’, ‘Kick-Ass 2’, and ‘Sicario’, he landed a role in an episode of the critically acclaimed Netflix series, Black Mirror. He was one of the lead characters of an episode titled Fifteen Million Merits. His brilliant performance in Black Mirror attracted the attention of Jordan Peele.

He auditioned for the role of the lead character in ‘Get Out’. Jordan Peele gave him the role in the spot after his amazing audition. This role would be a career-defining one for Kaluuya. The thriller was released in cinemas on 24 February 2017 to great critical acclaim. For his performance, he received numerous accolades, including nominations for the Academy Award, BAFTA Award, a Golden Globe, a SAG Award, and a Critics’ Choice Award.

In 2016, he became a part of the Marvel Cinematic Universe with his appearance in Black Panther. Since then, he has appeared in the movies, ‘Widows’ and ‘Queen & Slim’. He is set to star in the upcoming movie, ‘Judas and the Black Messiah’.

What is the Net Worth of Daniel Kaluuya?

Daniel Kaluuya has an estimated net worth of around $5 million as of 2020. The talented Brit is one of the most sought after actors right now.

How tall is Daniel Kaluuya?

Kaluuya stands at a height of 5 feet 9 inches and weighs around 76 kg. He has black hair and a pair of dark brown eyes.

Who is Daniel Kaluuya dating?

Daniel Kaluuya is reportedly dating Amanda Crichlow. She is an actress and producer known for her works in ‘The Bill’, ‘Anonymous’, etc. The couple has kept their relationship very private and has not revealed much about it. They have been spotted together on several occasions and have been pictured together a lot of times.

Kaluuya likes to stay low key and does not reveal much about his personal life. He is absent from Facebook and Twitter but does have an Instagram account. However, for some reason, as of August 2020, he has deleted or archived all of his posts on Instagram. He has over 309k followers on the site.

Our contents are created by fans, if you have any problems of Daniel Kaluuya Net Worth, Salary, Relationship Status, Married Date, Age, Height, Ethnicity, Nationality, Weight, mail us at [email protected]