Dániel Zsóri is a Romanian-born Hungarian professional footballer who plays as a forward for Budafok, on loan from Fehérvár. 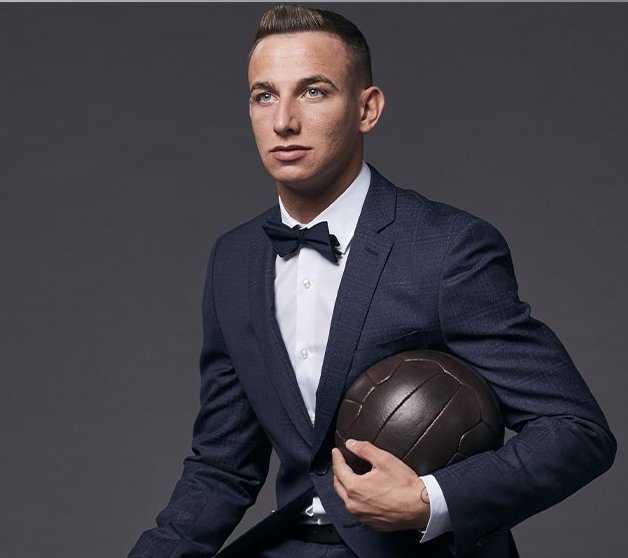 What is Daniel Zsori Famous For?

Where was Daniel Zsori Born?

Daniel Zsori was born on 14 October 2000. His birth place is in Oradea in Romania. He holds Hungarian nationality. Information about his parents and siblings will be updated soon.

Debrecen signed Zsori in September 2017. He was 17 years old when he signed his first professional contract.

Debrecen promoted Zsori to their senior team for the 2018-19 season.

He made his first-team debut in the Magyar Kupa against Teskand on 31 October 2018.

He made his league debut (Nemzeti Bajnoksag I) during a home fixture against Ferencvaros on 16 February 2019.

He made his debut replacing Mark Szecsi.

Zsori’s goal was shortlisted for the FIFA Puskas Award.

He later went on to win the FIFA Puskas Award 2019 for his goal. The other two nominees for the award were legendary forward Lionel Messi and Juan Fernando Quintero.

He appeared in 2 fixtures for Debrecen in the 2019-20 season before transferring to Fehervar in the same league.

He signed with Magyar Kupa holders Fehervar on 1 September 2019.

Who is Daniel Zsori Dating?

Daniel Zsori is unmarried. He is reportedly single. He is an aspiring young footballer. He is focused on his football career. New information about his dating will be updated soon.

What are Daniel Zsori Body Measurements?

Daniel Zsori stands at a height of 1.77 m i.e. 5 feet and 10 inches tall. He has an athletic body build. He has hazel eyes and his hair color is dark brown.

What is Daniel Zsori Net Worth?

Daniel Zsori earns from his football career. He is a young aspiring footballer. He won the FIFA Puskas Award for his overhead goal in 2019. He was only 18 years old when he won the Puskas. His contract details are not available. Thus, his salary and net worth will be updated soon.

Our contents are created by fans, if you have any problems of Daniel Zsori Net Worth, Salary, Relationship Status, Married Date, Age, Height, Ethnicity, Nationality, Weight, mail us at [email protected]