Dan Trejo is an American actor and restaurateur who has appeared in numerous Hollywood films. His films include Heat, Con Air, and Desperado, the last with frequent collaborator and his cousin Robert Rodriguez. 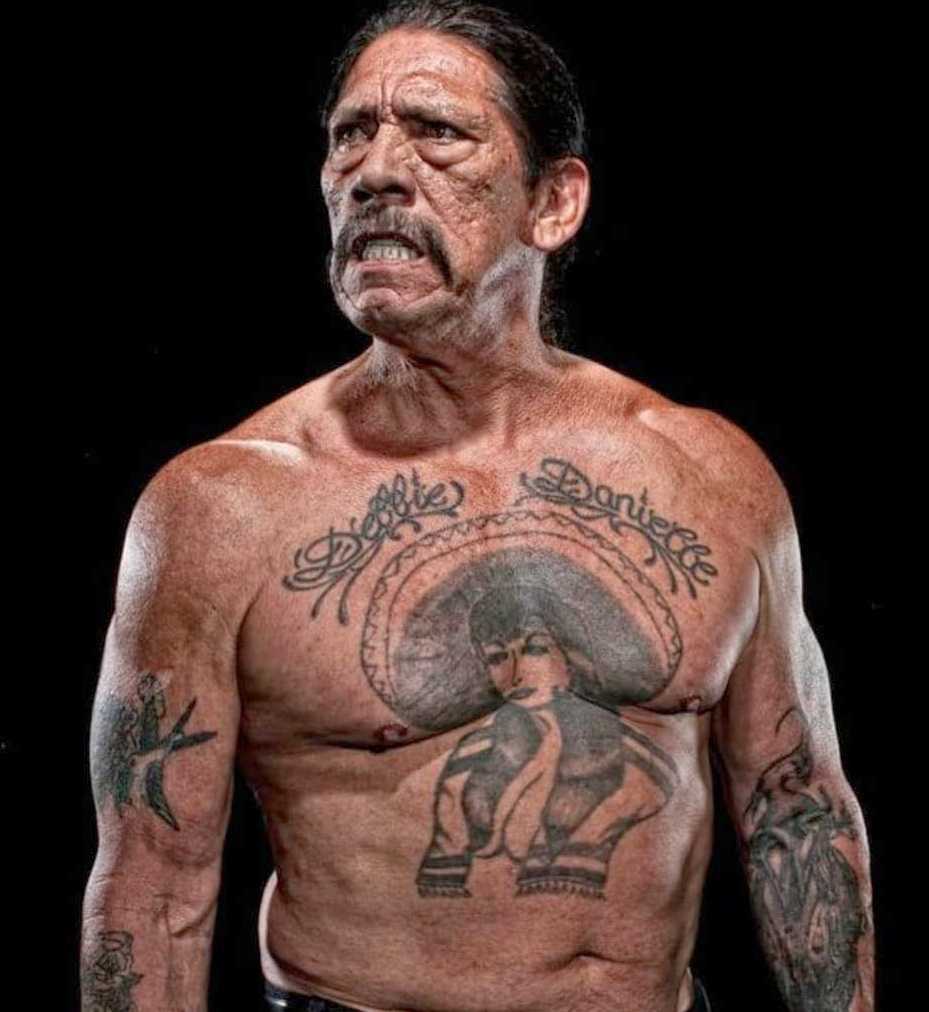 Everything good that's ever happened to me came out of helping others.

Everything good that's ever happened to me came out of helping others.

Acting is just a job. I'm exactly the same as that lady bringing us coffee, and I have to remember that

Daniel Trejo, popularly known as Danny Trejo is an American actor. He has often appeared in films as a villain or an antihero. He has appeared in numerous films and tv series. He is also a voice actor and has given voice for several films, television series, and video games.

Trejo Rescues A Baby From an Overturned SUV

Trejo rescued a baby from an overturned SUV on 7 August 2019. The SUV was overturned following an accident. Trejo or his vehicle was not involved in the accident.

What is Danny Trejo Famous For?

Where was Danny Trejo Born?

Danny Trejo was born on 16 May 1944. His birth name is Daniel Trejo. His birthplace is in Echo Park, Los Angeles, California in the United States. He holds an American nationality. He was born to a father, Dionisio “Dan” Trejo, and a mother, Alice Rivera. His zodiac sign is Taurus.

He worked as a labor foreman in construction prior to his film career. He was in and out of jail and prison throughout the 1960s. He became a champion boxer while serving prison in San Quentin. He was champion in the prison’s lightweight and welterweight divisions. He became a member of a 12-step program that helped him to overcome his drug addiction. He later started working as a drug counselor.

While working as a youth drug counselor, a teenage patient asked for his assistance dealing with cocaine problems on the set of the 1985 independent thriller film, Runaway Train. He also got the job as an extra in the film.

Edward Bunker, a former convict who served time in San Quentin with Trejo offered him $320 per day to train one of the movie’s stars, Eric Roberts for a boxing scene. He later got a small role as a boxer in the film as well.

Since then, he got frequent roles in movies and television series.

He appeared in Penitentiary III, The Hidden, Death Wish 4: The Crackdown, Bulletproof, Kinjite: Forbidden Subjects, Lock Up, Bail Out, Cage in the late 1980s.

He also has voice roles in MFKZ, Pig Goat Banana Cricket, The Book of Life, Top Cat: The Movie, The Haunted World of El Superbeasto, Battle for Terra, and The Curse of El Charro.

His life is documented in the 2005 independent biographical film Champion.

He produced his first film Ambition in 2014.

He produced his second film Bad Ass in 2015.

He has guest appeared in numerous television series.

His major television work includes The Young and the Restless, Sons of Anarchy, Dr, Fubalous, Saint George, From Dusk till Dawn: The Series among others. He has voice roles in tv series, 2Below: Tales of Arcadia, Big City Greens, Elena of Avalor, American Dad!, Rick and Morty, Tangled: The Series, Trip Tank, Pig Goat Banana Cricket, Mickey Mouse, The Adventures of Puss in Boots, Teenage Mutant Ninja Turtles, Phineas, and Ferb: Mission Marvel, Young Justice, The Spectacular Spider-Man, El Tigre: The Adventures of Manny Rivera, and King of Hill.

He appeared on Hell’s Kitchen as a guest in season 16’s final dinner service in 2017.

He appears as a playable character in a fighting video game, Def Jam: Fight for NY. He also has a voice role in the game.

He voiced Raul Tejada, a Ghoul in Fallout: New Vegas.

He has also appeared in video games, The Fight: Lights Out, Call of Duty: Black Ops, Guns of Boom.

He is participating in promotions of Magic: The Gathering Arena as of 2019.

He has opened a series of restaurants in Los Angeles.

He opened his first restaurant, Trejo’s Tacos in 2016.

His other restaurants are Trejo’s Cantin and Trejo’s Coffee & Donuts.

He is expanding a donut food truck in Las Vegas, Nevada.

He offers his own brands of beer, coffee, and various merchandise.

Who is Danny Trejo Married To?

Danny Trejo was previously married to Debbie Shreve. The couple got married in 1997. They later got divorced in 2009.

He owns a home in the San Fernando Valley.

He rescued a baby from an overturned SUV on 7 August 2019. The SUV was overturned following an accident. Trejo or his vehicle was not involved in the accident.

How tall is Danny Trejo?

What is Danny Trejo Net Worth?

Our contents are created by fans, if you have any problems of Danny Trejo Net Worth, Salary, Relationship Status, Married Date, Age, Height, Ethnicity, Nationality, Weight, mail us at [email protected]