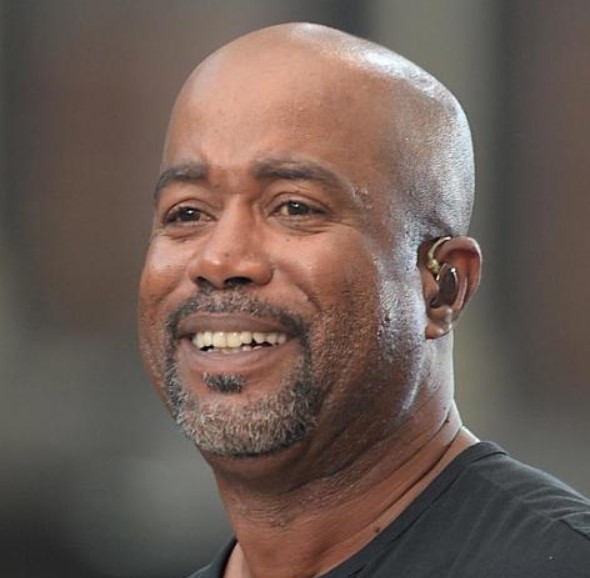 Darius Rucker is an American singer and songwriter who is well known as the lead vocalist and rhythm guitarist of a rock band, “Hootie & the Blowfish”. The band was founded in 1986 which released 5 studio albums that charted six top 40 hits on the Billboard Hot 100 including “Only Wanna Be With You” and “Hold My Hand.”

Rucker started his solo career with the release of his solo debut album, “Black to Then” in 2002. His hit single, “Don’t Think I Don’t Think About It” from his second album, “Learn to Live” made him the first black artist to reach number one on the Hot Country Songs charts since Charley Pride in 1983.

With the release of his third Country album, “True Believers”(2013), Rucker entered no. 2 on the US Billboard 200 and No. 1 on the US Top Country Albums Billboard chart with the hit single “Wagon Wheel”(#1). Since then all of his albums have charted on Billboard charts, earning Rucker 3 Grammy Awards for “Best New Artist”, “Best Country Solo Performance” and “Best Pop Performance by a Duo or Group with Vocal”.

On July 11, 2020, Rucker announced of getting divorced from his wife, Bethe Leonard after 20 years of marriage via his Instagram post: @dariusrucker with a beautiful caption.

What is Darius Rucker Famous for?

Where was Darius Rucker Born?

Darius Rucker was born on May 13, 1966, in Charleston, South Carolina, United States. His birth name is Darius Carlos Rucker. His nationality is American. Rucker belongs to African-American ethnicity while Taurus is his zodiac sign.

Darius Rucker was raised by his mother, Carolyn, who was a nurse at the Medical University of South Carolina, along with his three sisters and two brothers. His father was in a gospel band called “The Traveling Echoes” and was never around Rucker through his childhood.

He had a typical Southern African-American upbringing and his family attended church every Sunday. His family had a poor economic condition that his mother, her two sisters, his grandmother, and 14 children lived in a three-bedroom house.

He attended the University of South Carolina where he met his future band members, Mark Bryan, Dean Felber, and Jim Sonefeld. They met during their first year and eventually got together after Bryan first heard Rucker singing in the shower, and the two became a duo, playing R.E.M. covers at a local venue and later recruited Felber and Sonefeld.

Darius Rucker was married to Beth Leonard. Leonard is a beautiful woman whom Ricker met in 1998 and got married in 2000. They welcomed their first daughter together on May 16, 2001, named Daniella Rose and their son named Jack in 2005. The couple lived together for almost 20 years before they announced getting divorced on July 11, 2020. However, they have agreed on terms of keeping their family together even though they will not be together.

Previously, Rucker dated Elizabeth Ann Phillips with whom he has his first child named Carolyn Pearl Phillips born on April 21, 1995. Besides, Rucker is a friend of the golfer Tiger Woods, whom he met in a bar when Woods was 18. Rucker even sang at the Woods’ wedding with Hootie & the Blowfish and at his father’s funeral.

Rucker also has regularly worked with charities that support sick and underprivileged children. He also serves as a board member of the MUSC Children’s Hospital in Charleston, SC. where his mother worked for over 30 years from the time Rucker was a child.

Darius Rucker has quite great earnings from his professional career as a singer and musician. Having been in the field of music for over 35 years, Rucker has managed to amass a healthy fortune from his several songs, albums, and concerts. His net worth is estimated to be around $14 million.

Darius Rucker is a good-looking man in his 50s. With his soothing voice and charming personality, Rucker has managed to win several hearts all around the world. He stands tall with a height of 1.76m while 75kg is his body weight. He has a dark complexion with bald hair and brown eyes.

Our contents are created by fans, if you have any problems of Darius Rucker Net Worth, Salary, Relationship Status, Married Date, Age, Height, Ethnicity, Nationality, Weight, mail us at [email protected]