Darren Criss is an American actor, singer, and songwriter 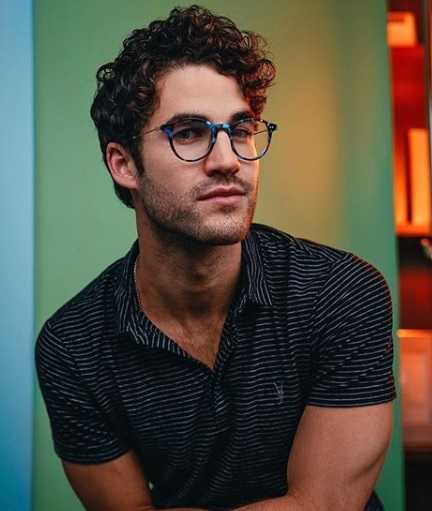 Darren Everett Criss popular by the name Darren Criss is an American actor, singer, and songwriter. He is one of the founding members and co-owners of a musical theater company, StarKid Productions based in Chicago. He earned recognition after he played the lead role of Harry Potter in StarKid’s musical production of A Very Potter Musical. He also wrote most of the music and lyrics for it. They made Billboard history when their original album, Me and My Dick, became the first charting student-produced musical recording. He rose to prominence for playing the role of Blaine Anderson on the Fox musical comedy-drama series, Glee.

The  31-years old actor, Darren Criss has added one more award in his collection after he won Golden Globe Award in Best actor is a limited series or TV movie category for his role of the serial killer Andrew Cunanan in the second season of Murphy’s anthology series, The Assassination of Gianni Versace: American Crime Story.

Accepting the award, he dedicated the recognition to his Filipino mother, Cerina Criss.

He told, “This has been a marvelous year for representation in Hollywood, and I am so enormously proud to be a teeny tiny part of that as the son of a firecracker Filipino woman from Cebu that dreamed of coming into this country and getting to be invited to cool parties like this. Mom, I know you’re watching this. I love you dearly. I dedicate this to you. This is totally awesome,”.

Darren Criss was born on 5 February 1987. His birth name is Darren Everett Criss. He was born to Charles William Criss and Cerina Criss. His birthplace is in San Francisco, California in the United States. He holds an American nationality. He has a sibling, an older brother, Charles “Chuck” Criss. Darren and his brother grew up in San Francisco. They shortly lived in Honolulu, Hawaii. His zodiac sign is Aquarius. He attended Roman Catholic schools and completed his elementary education at Stuart Hall for Boys. He completed his high school at Saint Ignatius College Preparatory in 2005. He enrolled at the University of Michigan, where he acquired a Bachelor of Fine Arts degree majoring in Theatre Performance and minoring in Musicology and Italian.

His interests in music led him to take violin lessons at a very young age. He obtained classical training for the next fifteen years.

He studied theatre performance in the American Conservatory Theater.

He made his professional stage debut in 42nd Street Moon’s production of Fanny in 1997. He was just 10-years old then. He has then appeared in the Do I Hear a Waltz?, Babes in Arms, A Christmas Carol, A Midsummer Night’s Dream, and others.

After graduating from the University of Michigan, he co-founded StarKid Productions, with his friends.

He made his Broadway debut in the revival of How to Succeed in Business Without Really Trying at the Al Hirschfeld Theatre in January 2012. He replaced Daniel Radcliffe in the role of J. Pierrepont Finch.

He then appeared in the role of Hedwig in the Hedwig and the Angry Inch at the Belasco Theatre from April to July 2015.

He started his television career playing the role of Josh Burton on Eastwick in 2009.

He earned recognition after he played the role of Blaine Anderson on the Fox television series, Glee from 2010 to 2015.

He has also appeared in The Cleveland Show, Web Therapy, Six by Sondheim, Whose Line Is It Anyway?, American Horror Story: Hotel, Supergirl, and The Flash.

He appeared as the serial killer Andrew Cunanan in the second season of Murphy’s anthology series American Crime Story in 2017.

He made his feature film debut in the comedy film Girl Most Likely in September 2012.

He has also appeared in short films, I Adora You and The Chicago 8.

he has voice-over roles in The Wind Rises, The Tale of the Princess Kaguya, and Stan Lee’s Mighty 7.

He started his solo music career while at the University of Michigan.

In 2010, he released an independently produced EP, Human.

In January 2013, he performed for US President Barack Obama, First Lady Michelle Obama, and Vice President Joe Biden at the inaugural balls of the 57th Presidential Inauguration.

In 2011, he participated in StarKid’s first national concert tour, The Space Tour, and the second national tour, Apocalyptour in 2012.

His first solo music tour visited 17 cities in the United States, Canada, and France in 2013.

He has appeared on the magazine covers of Billboard, Entertainment Weekly, Out, Playbill, TV Guide, Da Man, GT, Essential Homme, and Prestige.

The 31-years old Darren Criss is unmarried but engaged. He is engaged to Mia Swier. They got engaged in January 2018. They started their affairs in 2010.

Net Worth of Darren Criss

He is an investor and partner of a California-based men’s grooming e-tailer, The Motley.

He was featured in the fall ad campaign for a Japanese clothing line, Uniqlo, in 2011.

Our contents are created by fans, if you have any problems of Darren Criss Net Worth, Salary, Relationship Status, Married Date, Age, Height, Ethnicity, Nationality, Weight, mail us at [email protected]