Dave Chappelle is a stand-up comedian and actor. 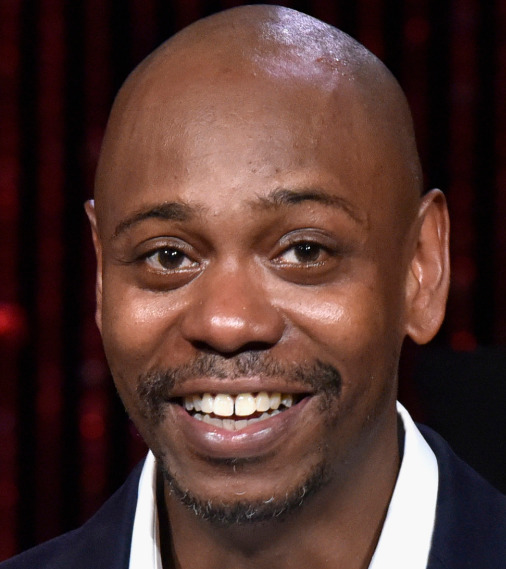 David Khari Webber Chappelle famed as Dave Chappelle is a stand-up comedian and actor. He rose to fame after appearing in his sketch comedy television series, Chappelle’s Show. He is the recipient of numerous accolades, including two Emmy Awards and two Grammy Awards. He also featured in a couple of hit shows such as Saturday Night Live, Crank Yankers, and few more. In 2017, Rolling Stone ranked him No. 9 in their “50 Best Stand Up Comics of All Time.” In 2016, he signed a $20 million-per-release comedy-special deal with Netflix and in 2017, he has released four stand-up specials so far. In 2018, he received a Grammy Award for his Netflix specials The Age of Spin & Deep in the Heart of Texas. In 2019, Chappelle was selected to receive the Mark Twain Prize for American Humor presented by the Kennedy Center as America’s highest comedy honor. Overall, he is a very talented actor.

“This is the worst time ever to be a celebrity,” he says in the special, which was released Monday. “You’re gonna be finished. Everyone’s doomed.” Dave Chappelle was quick to address the controversies surrounding Michael Jackson, R. Kelly and Kevin Hart, all within the first 20 minutes of his new Netflix special, Sticks & Stones, which was released Monday. In his fifth special in the past two years, the comedian tackles “cancel culture,” or as he describes it, “celebrity hunting season.” “This is the worst time ever to be a celebrity,” Chappelle says in the special. “You’re gonna be finished. Everyone’s doomed. Michael Jackson has been dead for 10 years, and this  has two new cases.” He then reiterated for those who have yet to watch HBO’s Leaving Neverland, which detailed Jackson’s alleged child abuse throughout his career, “Don’t watch it. … It’s fucking gross.” He then went on to explain that though it may not be the right thing to say, he admits that he doesn’t believe the accusers who allege that the King of Pop sexually abused and raped them. “I don’t think he did it, but you know what? Even if he did do it … you know what I mean?” he paused, as the audience erupted into laughter. “I mean, it’s Michael Jackson. I know more than half the people in this room have been molested in their lives, but it wasn’t no goddamn Michael Jackson, was it?” He also took a moment to defend “poor Kevin Hart,” explaining that he was aware it was the comedian’s “dream to host the Oscars.”  “I don’t know what you know about Kevin, but I know that Kevin Hart is damn-near perfect,” said Chappelle. “As close to perfect as anybody I’ve ever seen. In fact, Kevin is precisely four tweets shy of being perfect.”

Dave was born on 24th August 1973, in Washington, D.C., the United States as David Khari Webber Chappelle. As of 2019, he celebrated his 46th birthday. He is the son of William David Chappelle III and Yvonne K Chappelle Seon. He grew up in Silver Spring, Maryland along with his parents. Talking about his nationality, he is American and his ethnicity is African-American. From the beginning of his childhood, he had a keen interest in comedy and also began to learn from an early age. Moving towards his education, he attended Woodlin Elementary School and later completed his graduation from Duke Ellington School of the Arts in theatre arts.

Dave is a very handsome person with bald hair color. He has a height of 5 ft 11 inches and his weight is unknown. He has a pair of dark brown eyes. There is not any information regarding his other body measurements. Overall, he has got a healthy body with a charming smile on his lips attracting a lot of people towards him.

Net Worth of Dave

Dave is a very famous comedian and he earns a massive amount of money from his career. With his various endorsements and shows, Dave has a net worth of $42 million. But his exact salary has not been revealed yet but it will be added soon.

Dave is a married man. He tied the knot with his longtime girlfriend Elaine Chappelle in 2001 after dating her for a couple of years. Together, they have also welcomed three children, Sonal Chappelle, Sulayman Chappelle, and Ibrahim Chappelle. Since their marriage, the couple has maintained a sound relationship with them. Moreover, he has never been involved in any extramarital affairs to date. Currently, Dave and Elaine are enjoying their married life and living happily without any disturbances.

Our contents are created by fans, if you have any problems of Dave Chappelle Net Worth, Salary, Relationship Status, Married Date, Age, Height, Ethnicity, Nationality, Weight, mail us at [email protected]