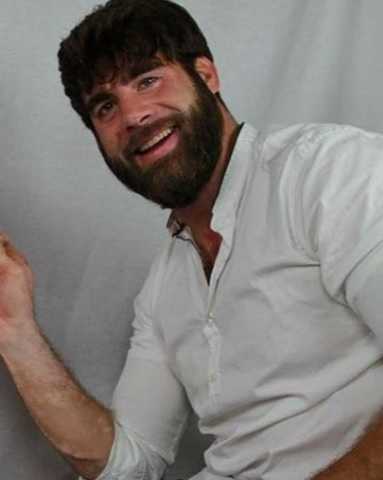 David Eason is an American reality star. He rose to prominence after he started his romantic affair with Teen Mom 2 star Jenelle Evans. Later, they got married in September 2017. He was a pipe welder before he rose to fame.

Teen Mom 2 aired the dramatic 911 call on Monday night where she accused her then-drunk husband had assaulted her. She told the 911 operator, “My husband, he just assaulted me.” The incident occurred earlier on 13 October 2018.

She later revealed that they both were drunk and their discussion about David’s effort to stop a televised pumpkin patch visit with his kids led to misunderstanding.

The incident occurred while Jenelle was recovering from septum surgery on her nose.

David Eason was born on 23 June 1988. Information regarding his parents is currently unavailable. His birth place is in North Carolina in the United States. He holds American nationality and belongs to white ethnicity. His zodiac sign in Cancer. He has a sister named Jessica Eason Miller. Information about his education and childhood will be updated soon.

Following the massive criticism he received, MTV fired him from the Teen Mom 2 reality show. MTV released a statement stating Eason’s personal comments does not reflect the views of MTV and they have immediately terminated his contract with the network.

However, his wife Jenelle defended his husband saying they don’t hate LGBTQ community and apologized for comments made by her husband.

David Eason is a married man. He is married to Jenelle Evans. They first met on Tinder and started dating. They tied a knot to each other on 23 September 2017. The couple has a daughter named Ensley Jolie, born in January 2017.

Previously, he was married to Whitney Johnson. They got married in a secret ceremony on 21 October 2006. The couple had two children from his previous relationships, a daughter, Maryssa Rose and a son, Kaden David. They got divorced in September 2013.

In late 2017, his wife Jenelle revealed that her husband Eason battled with cancer and stated that it was kept a secret to maintain her husband’s privacy. She mentioned her husband received thyroidectomy and radiation therapy. Detail information was not provided.

David Stands at a height of 6 feet tall. He has average body build. He is fit and maintains his body. He has brown eyes and his hair color is also brown. Other information including shoe size, dress size, and other body measurements will be updated soon.

The reality star, David Eason has an estimated net worth of $1.5 million as of 2019. Their salary on the reality show was reported around $250 to $300 thousand. American Media Inc. paid them $15 thousand to publish pictures of his wedding ceremony. His major source of income comes from participating in the reality show. Previously, he was a pipe welder. He bought a luxurious house for his family in 2017. He owns a Chevrolet Silverado.

Our contents are created by fans, if you have any problems of David Eason Net Worth, Salary, Relationship Status, Married Date, Age, Height, Ethnicity, Nationality, Weight, mail us at [email protected]