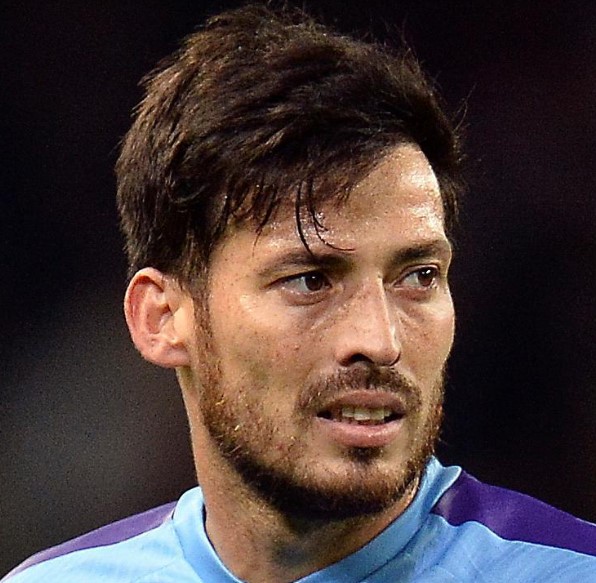 David Josue Jimenez Silva, professionally known as David Silva is a Spanish professional football player. He is considered one of the greatest players ever in Manchester City history, as well as one of the greatest midfielders in the Premier League and in the world. He currently plays as a midfielder for the English club Manchester City. Silva started his professional football career from the Spanish club Valencia. He then played for Eibar and Celta on loans before joining Manchester City in 2010. Silva established himself as a club’s legend with his playmaking and assists. He won 4 Premier Leagues, 2 FA Cups, 5 EFL Cups, and 3 Community Shields with Manchester City. Silva will leave the club at the end of the 2019-20 season. He has won Copa del Rey with Valencia as well.

On the international level, he represented Spain national team at various age levels before making his senior international debut in 2006. He went on to win the FIFA World Cup 2010 and two UEFA European Championships for Spain. Silva retired from international football in 2018.

What is David Silva Famous For?

Where is David Silva Born?

David Silva was born on 8 January 1986. His birth name is David Josue Jimenez Silva. His birth place is in Arguineguin in Spain. He holds Spanish nationality. He was born to a father, Fernando Jimenez, and a mother, Eva Silva. His zodiac sign is Capricorn. He belongs to white ethnicity and is multiracial. He has Japanese ancestry on his mother’s side. He has two siblings: Nando Jimenez Silva (younger brother) and Natalia Jimenez (Older Sister).

David Silva is not married. He is in a relationship with Yessica Suarez Gonzalez. With Yessica, he has a son, Mateo. Mateo struggled to live as he was born extremely prematurely. Mateo recovered and was reported healthy. Mateo then came home.

How Tall is David Silva?

David Silva stands at a height of 1.7 m i.e. 5 feet and 7 inches tall. He has a body weight of 148 lbs i.e. 67 kg. He has an athletic body build. His eye color is dark brown and his hair color is also dark brown. His sexual orientation is straight.

David Silva earns from his professional career as a football player. His income comes from contracts, salaries, bonuses, and endorsements. He started his football career from Valencia and played for several clubs before joining Manchester City in 2010. He played 10 seasons at City and became one of the greatest midfielders in the world. He signed 3 contract extensions while at Manchester City. He has an estimated annual salary of $15 million. He has an endorsement deal with Adidas. He appeared alongside Spain football teammates in commercial in 2013. Silva accumulated his fortune from his football career. His net worth is estimated at $55 million at present.

Our contents are created by fans, if you have any problems of David Silva Net Worth, Salary, Relationship Status, Married Date, Age, Height, Ethnicity, Nationality, Weight, mail us at [email protected]