Dax Shepard is an American Actor and is popular in the world for portraying his role in movies like ‘Employee of the Month’, ‘Without a Paddle’, and much mor 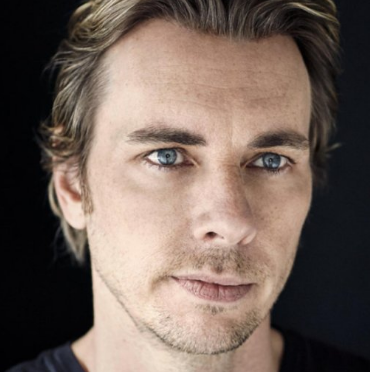 Dax Shepard is an American Actor and is popular in the world for portraying his role in movies like ‘Employee of the Month’, ‘Without a Paddle’, and much more. He has also established himself as a Comedian, Writer, and Director. Let’s look at his wiki, to get more information regarding his career, net worth, personal life.

What is Dax Shepard’s claim to fame?

Dax Shepard was born in the United States.

Dax Shepard was born Dax Randall Shepard in Highland Township, Oakland County, Michigan, in Suburban Detroit. He has an American nationality and is of mixed race (English, French-Canadian, and Belgian). Capricorn is his zodiac sign.

Dave Robert Shepard, Sr. was his father, and Laura Labo was his mother. Dave Robert Shepard, Sr. was a car dealer who passed away recently. His mother was a General Motors employee. When he was three years old, his parents divorced. His mother has had four marriages. He grew up with three stepfathers. David Shepard, his older brother who lives in Oregon, and Carly Hatter, his younger half-sister, both starred in the films Hit and Run and CHips.

When did Dax Shepard plan to try acting?

After a year in Santa Barbara, California, Dax Shepard relocated to Los Angeles in 1996. He heard about The Groundings improve troupe from a Santa Barbara acquaintance, Kareem Elseify, and ended up auditioning (for the first time) and taking classes while at UCLA. After about five years of classes, he was accepted into The Groundlings’ Sunday Business, where he was joined by Melissa Mccarthy, Tate Taylor, and Nat Faxon.

However, as time passed, he became more involved in acting, and in 1998, he made his acting debut in the film Hairshirt.

Shepard rose to prominence after starring alongside Ashton Kutcher in the revamped Candid Camera-style show Punk’d, which premiered in 2003. He returned to the show when it was revived in 2012. Dax said he auditioned for Punk’d and became friends with Kutcher during the pilot, who helped him find an agent. He auditioned for the part for ten years without success before landing it.

In 2004, Dax starred alongside Seth Green and Mathew Lillard in the comedy Without a Paddle. Despite mixed reviews, the film was a commercial success, grossing $69,631,118 globally. Dox was in the main cast of the NBC drama Parenthood from 2010 to 2015, playing Crosby Braverman.

Along with Bell and his close friend Bradley Cooper, Dax Shepard wrote, produced, co-directed, and starred in the 2012 low-budget film Hit and Run. In the 2014 film The Judge, Dax played a supporting role alongside Robert Downey Jr., Robert Duvall, and Vera Fa. He has starred in over a dozen films and television shows to date.

Shepard and co-host Monica Padman launched the podcast Armchair Expert on February 14, 2018. The show delves into the backstories of their well-known guests. Kristen Bell, Ashton Kutcher, and Joy Bryant have all appeared as guests on the program. The show’s first episode of “Experts on Expert,” in which Shepard and Padman interview experts in their fields, premiered on June 7, 2018. Wendy Mogel, David Sedaris, and Jon Favreau have all been guests on the show. In 2018, the podcast was the most popular new podcast on iTunes.

Who did Dax Shepard marry?

In terms of his personal life, Dax met the love of his life, Kristen Bell, at a mutual friend’s birthday party in 2007. The couple began dating shortly after that, at the end of the year. They got engaged in January 2010 after years of dating.

On October 17, 2013, the couple married after three years of engagement. The couple is in good health and enjoys their time together. Delta Bell Shepard and Lincoln Shepard, the couple’s two children, were born to them. Currently, the couple enjoys a happy life with their children.

Dax Shepard’s net worth is unknown.

Dax must have amassed a sizable fortune from his career as an actor. His net worth is estimated to be around $15 million dollars, according to some online outlets. His salary, however, has yet to be announced. If there is a need for transparency, we will inform you.

Dax Shepard is 6 feet 3 inches tall, according to his body measurements. His body weight is 88 kilograms. His hair is light brown, and his eyes are blue. Furthermore, his chest measurement is 44 inches, waist measurement is 33 inches, and bicep measurement is 16 inches. Aside from that, his shoe size is a ten.

Our contents are created by fans, if you have any problems of Dax Shepard Net Worth, Salary, Relationship Status, Married Date, Age, Height, Ethnicity, Nationality, Weight, mail us at [email protected]