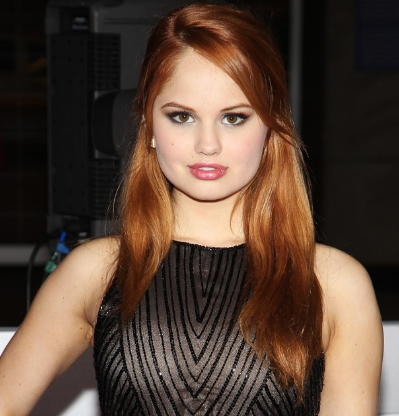 One of the well-known American actresses and singers is Deborah Ann Ryan who is famous as Debby Ryan. At the age of 7, she started her professional acting career in theatres. She got engaged to Twenty One Pilot Drummer, Josh Dun in December 2018.

Christmas came early for Disney Star, Debby Ryan, 25, and Twenty One Pilot Drummer, Josh Dun, 30, as they got engaged on Saturday. Debby Ryan and her boyfriend, Josh Dun’s relationship stepped to the next level when Josh proposed to her during their Christmas vacation celebration in New Zealand.  And Debby said “Yes”. They shared one of their happiest moments via their social accounts.

Josh posted a series of pictures on his Instagram and wrote about his proposal to Debby. He wrote, “I found a treehouse in the woods in New Zealand and proposed to my girl. She my dude for life. I love you, Debby”. One of his pictures shows him getting down on one knee and proposing to her. Another picture shows Debby in tears of joy after she accepted his proposal.

Debby also posted a series of pictures on her Instagram sharing her happiest moments. She wrote, “My dude asked me on a date. I said yeah because I always want to go on dates with him. Then he asked me to be his forever dude. He does things well, and right. His timing has pressed us and never failed us. He’s sincere and fun and disciplined and strong as heck and a nerd and a rockstar and a good midwestern man and a silly shirtless boy, and his family is endlessly warm and delightful and are such champions”.

Debby wrote on Twitter as well, “I said yes! Well technically I said “NO WAY” twice but I meant yes”.

Debby has displayed the beautiful engagement ring in most of the pictures. Both of them seem super excited about the new beginning of their life together.

This charming young actress, Debby Ryan was born on 13th May 1993 in Huntsville, Alabama, United States of America. She holds an American nationality. Her parent’s names are John Ryan and Missy Ryan who is an American. She has a brother named Chase Ryan. Her horoscope is Taurus. She follows Christianity. She belongs to a white ethnical background. As for her education is concerned, Debby Ryan completed her high school education from studying at Fossil Ridge High School. She was determined to make her career in the acting world since she was a small child. Debby used to perform in theater and participate in various talent competitions while studying at high school.

At her early age, Debby Ryan appeared in various television commercials. In 2006 she made a guest appearance in the show Barney and Friends. She was also in various commercials as iDog and various board games. She had a major role in the film The Longshots. She also played the major character role in The Suite Life on Deck. The series was one of the number one top scripted for teens in 2008 as well as in 2009. She also did a starring role in the independent feature film What if which was released on 20 August 2010. She also hosted Twin Girl Summit Music Festival. In 2010 she starred in the young film 16 wishes.

Debby Ryan is currently engaged to Twenty One Pilot’s drummer, Josh Dun. They got engaged on 22 December 2018 in New Zealand. Debby went through an on-off relationship with Dun from 2013 to 2014. In March 2015, Debby told in an interview with Teen Vogue that she is in romantic involvement with someone else. Her relationship with Dun was reportedly assumed finished.

She has dated many famous personalities in her life. At first, she dated dashing Jason Dolley in 2008. Their relation lasted from 2008 to 2009. In the year 2009, she was seen hanging around with Sean Marquette. However, their relationship ended very soon. That same year in 2009, she dated Gregg Sulkin. She shared a strong love companion with Gregg from 2009 to 2010. In the year 2013, she dated Josh Dun. She spent some blissful moments with him for a year. Debby has also been a part of the rumor by being linked up with Spencer Boldman in 2013 and Lucas in 2010.

Debby Ryan’s net worth is estimated to be $4 Million. She is a famous American actress and singer.

Debby Ryan’s height is 5 feet 5 inches which is equivalent to 1.65 m and weighs about 59 kg. She has a balanced and healthy body.

Our contents are created by fans, if you have any problems of Debby Ryan Net Worth, Salary, Relationship Status, Married Date, Age, Height, Ethnicity, Nationality, Weight, mail us at [email protected]