Debra Messing, an American actress, who got a breakthrough role with the NBC sitcom, Will & Grace. 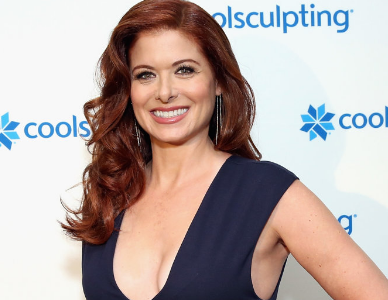 Debra Messing, an American actress, who got a breakthrough role with the NBC sitcom, Will & Grace. She played a part of an interior designer, Grace, and got nominated for six Golden Globes. She also won Outstanding Lead Actress in a Comedy Series in 2003 and nominated for five times. Along with TV series, she also landed roles in the film industry like A walk in the clouds, Nothing like Holidays and so on. Here are lesser-known facts regarding the actress.

Debra Messing is famous for portraying Grace Adler in the popular NBC sitcom, Will & Grace. For her stellar performance in the show, she won 5 Primetime Emmy Award nominations and 6 Golden Globe Award nominations. She managed to win an Emmy for Outstanding Lead Actress in a Comedy Series.

She also starred as Molly Kagan, the ex-wife of a Hollywood film mogul, on the television miniseries The Starter Wife, for which she received two Golden Globe nominations, a Primetime Emmy Award nomination and a Screen Actors Guild Award nomination for her performance.

Where is Debra Messing born?

Recalling her early life, Debra was born in Brooklyn, New York. She is American by nationality, and her birth sign is Leo. Her ethnicity is Ashkenazi Jewish. She was born to parents Brian and Sandra Messing.

Regarding her education, She graduated from New York University’s Tisch School of the Arts with a Bachelor’s degree in arts and a Master’s degree in Fine arts three years later.

What is the profession of Debra Messing?

What are the achievements of Debra Messing?

Is Debra Messing married or not?

Reflecting her personal life, Debra Messing is the mother of her son Roman Walker Zelman who was born from her love that she got a married relationship and his name is Daniel Zelman. Debra and Daniel got married in the year 2000 and since from the very first time they were in a deeply committed relationship but that could not last for a long duration of time and they got a divorce in 2016.

Currently, Debra stated that she does not progress to get married as well as her ex-husband is the greatest lesson for her life. She is currently single and very happy too.

How much net worth does Debra Messing?

Debra Messing has an estimated net worth of $20 million US dollars as of 2019. She takes $125 thousand as salary per episode. She made a huge amount of money from television and films, not to mention her lucrative brand endorsement deals.

How tall is Debra Messing?

Observing her body physics, Debra has a height of 5 feet 8 inches. Her body weighs 60kg. She has red hair and brown eyes. Furthermore, her body measurements are 35-25-35 inches. Her bra size is 34A, shoe size is 9.5 and dress size is 6.

Our contents are created by fans, if you have any problems of Debra Messing Net Worth, Salary, Relationship Status, Married Date, Age, Height, Ethnicity, Nationality, Weight, mail us at [email protected]