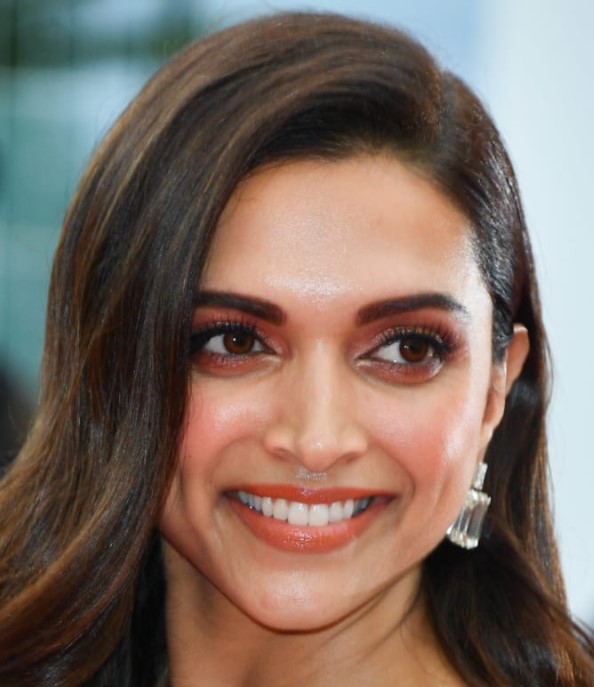 Deepika Padukone is an Indian Bollywood actress and producer who is well-known as one of the highest-paid actresses in India and is one of India’s most popular personalities. Padukone got her initial recognition and break with a dual role in her first Bollywood movie, “Om Shanti Om”(2007) alongside Shah Rukh Khan, which earned her first Filmfare Award.

Padukone was one of the national hot topics to be discussed on September 21, 2020, after the Narcotics Control Bureau (NCB) summoned her manager Karishma Prakash and the CEO of a talent management agency, Dhurv Chitgopekar, in connection with its investigation into the alleged Bollywood-drug nexus, which was followed by Padukone’s alleged drug chats that surfaced on the internet becoming the massive talk of the day.

What is Deepika Padukone’s most well-known role?

She is well-known as an award-winning and well-paid Indian actress.

Deepika Padukone was born in India.

Prakash Padukone (father) and Ujjala Padukone (mother) were Saraswat Brahmins who raised Deepika in a Saraswat Brahmin household (mother). Prakash Padukone, her father, is a former Indian badminton player who won the All England Open Badminton Championships and was ranked World No. 1 in 1980. He was also awarded the Arjuna award in 1972 and the Padma Shri in 1982 by the Government of India for his outstanding athletic achievements, while her mother, Ujjala, works as a travel agent.

She grew up playing competitive badminton with her younger sister, Anisha, who is a professional Indian golfer, as the eldest daughter of her badminton player father. Deepika’s family moved to Bangalore, India, when she was a year old, where she attended Sophia High School and then Mount Carmel College, where she completed her pre-university education. She then enrolled at the Indira Gandhi National Open University to pursue a Bachelor of Arts in sociology, but dropped out due to scheduling conflicts with her modeling career.

Padukone continued to pursue a badminton career during her school years, competing in national competitions and even competing in state-level baseball tournaments. While working as a child model, she realized and changed her focus to become a fashion model at the age of eight, and started a full-time career as a model in 2004 under the tutelage of Prasad Bidapa.

She made her runway debut for designer Suneet Varma at the Lakme Fashion Week when she was 19 and received the Kingfisher Fashion Awards’ “Model of the Year” award. Designer Wendell Rodricks praised her, saying, “We haven’t had a girl as beautiful and new since Aishwarya Rai.” Padukone rose to prominence after appearing in the music video for Himesh Reshammiya’s “Naam Hai Tera.”

Deepika Padukone’s name has been circulating on the internet since it was discovered in the ongoing drug investigation into the death of late actor Sushant Singh Rajput by the Narcotic Control Bureau (NCB) on September 21, 2020. In connection with its investigation, the NCB summoned her boss Karishma Prakash and the CEO of a talent management agency, Dhurv Chitgopekar.

Some news channels have also challenged Padukone to provide evidence of her involvement in the Bollywood drug ring based on her WhatsApp chats from October 2017. Padukone and her manager Karishma are discussing drug supplies with Sushant’s former manager Jaya Saha in the conversation, and Padukone is asking Karishma for “Maal,” to which Karishma answers that she has it at home. Padukone then clarifies that she wants “Hash,” not marijuana, since they are meeting at a restaurant.

Padukone has been making headlines on every news channel and on the internet since the chat was leaked on the news channel. #MaalHaiKya has been trending on Twitter since the incident, and Kangana Ranaut has twisted Deepika’s tweet ‘Depression is a type of mental illness,’ which she tweeted on her Twitter page “Remind yourself that depression is a result of substance abuse. “MAAL HAI KYA?” asks the manager of so-called high society wealthy star children who claim to be classy and have had a successful upbringing. #DeepikaPadukone #boycottBollywoodDruggies”

In 2006, Deepika Padukone made her acting debut in the Kannada film “Aishwarya.” The movie was a financial success.

Padukone made her Bollywood debut in 2007 with a dual role in Shah Rukh Khan’s hit melodrama film “Om Shanti Om.” The film was the highest-grossing film of the year, grossing $1.49 billion (US$21 million) worldwide.

In 2008, she appeared alongside Ranbir Kapoor in the Yash Raj Films romantic comedy “Bachna Ae Haseeno.”
Padukone had another hit in 2009 when she co-starred with Saif Ali Khan in the romantic drama “Love Aaj Kal.” In the same year, she co-starred in Nikhil Advani’s kung fu comedy “Chandni Chowk To China” with Akshay Kumar.

Her next role was opposite Shah Rukh Khan in Rohit Shetty’s action comedy “Chennai Express,” which went on to become one of India’s highest-grossing films.

Padukone starred alongside Rajinikanth in the Tamil film “Kochadaiiyaan” in 2014. In the same year, she co-starred with Shah Rukh Khan in the cynical comedy “Seeking Fanny” and in one of the year’s biggest hits, “Happy New Year.”

In Shoojit Sircar’s comedy-drama “Piku,” Padukone plays a headstrong Bengali architect (2015). Padukone won her second Best Actress award at Filmfare and Screen for her performance in the film.

Padukone played Rani Padmavati, a Rajput queen, in Bhansali and Singh’s period drama “Padmaavat” in 2018, marking her third collaboration with them.

In the same year, she established her own production company, “Ka Productions,” whose first film, “Chhapaak” (2020), starred her as an acid attack survivor based on Laxmi Agarwal.

“83,” a sports film about India’s victory at the 1983 Cricket World Cup, starring Ranveer Singh as Kapil Dev and Padukone as Dev’s wife, Romi, will be Padukone’s next movie.

Her other upcoming film is a retelling of the Mahabharata in which she will play Draupadi. She will also produce and star in a remake of the American comedy film “The Intern,” as well as a sci-fi film with Prabhas.

Deepika Padukone is reportedly dating Ranveer Singh, her long-term boyfriend. Ranveer Singh is a well-known Indian actor who has received various awards, including four Filmfare Awards. He is also one of India’s highest-paid actors, and has been listed in Forbes India’s Celebrity 100 list since 2012. Despite the fact that Singh began his career later than Padukone, he has achieved the same amount of success as Padukone thanks to his outstanding acting abilities.

She became reticent to discuss her personal life after that, but in 2017, she spoke openly about his long-term boyfriend Ranveer Singh, who is just a year older than her, and thanked Sanjay Leela Bhansali for their relationship, as they had been cast in every Bhansali drama since 2012.

In October 2018, the couple announced their impending marriage, and the following month, in November, they married in Lake Como, Italy, in traditional Konkani Hindu and Sikh Anand Karaj ceremonies (Singh’s paternal grandfather is Sikh). Their wedding made headlines at the time, and it was followed by a slew of wedding celebrations for their friends, families, and relatives, as well as Bollywood stars, actresses, producers, directors, and authors.

Previously, she was in a romantic relationship with her co-star Ranbir Kapoor, who is now dating Alia Bhatt, one of Padukone’s best friends. They started dating while filming “Bachna Ae Haseeno” in 2008, and she had even talked publicly about it and had a tattoo of his initials on the nape of her neck. She also said that her relationship with Kapoor had a huge impact on her, transforming her into a more positive and outgoing person.

Many speculated about their engagement when they were dating, but they broke up soon after, and she confessed in an interview to feeling betrayed for a long time and even accused him of infidelity, which Kapoor later admitted to. They are currently on good terms after reconciling their friendship while filming “Yeh Jawaani Hai Deewani.”

What is Deepika Padukone’s net worth?

Deepika Padukone earns a lot of money in her professional life as an actress and a filmmaker. Padukone has come a long way since she began her career in 2006, and she is now one of the most talented and well-paid actresses in Hindi cinema. Padukone has certainly amassed a healthy fortune of millions of dollars, estimated to be about $20 million, over the course of her 13-year career.

Moreover, the pair owns a range of branded vehicles together, including the Audi Q7, Audi A8, Mini Cooper, Aston Martin Rapide S, Jaguar XJL, Mercedes-Benz E-Class, and others. The couple has been enjoying a lavish and prestigious lifestyle thanks to their million dollar fortune.

How Tall is Deepika Padukone?

Deepika Padukone is a beautiful brown lady often regarded as one of the beautiful actresses ever currently in her 30s. With her heart-touching smile with that on spot dimple and marvelous acting skills, Padukone has managed to establish herself as one of the respectful and loved celebrities all around the world. Padukone has a well maintained slim body physique of measurement 34-26-34 inches with 34B as her bra size, 4(US) as her dress size, and 8 (US) as her shoe size.

She has a perfect height as she stands tall with a height of 5ft. 8inch.(1.73m) while her body weighs around 57kg(120 lbs). She has a perfect brown complexion with brown eyes and dark brown hair.

Besides, Padukone is a keen fitness freak and gym trainer as she often visits the gym for workouts to keep herself fit and in the shape that she has been maintaining for years. She also has tattoos one on her ankle and the other on her neck.

Our contents are created by fans, if you have any problems of Deepika Padukone Net Worth, Salary, Relationship Status, Married Date, Age, Height, Ethnicity, Nationality, Weight, mail us at [email protected]