Demi Moore is an American actress, former songwriter, and model who is best known for her personal relationship with the actors Bruce Willis and Ashton Kutcher. 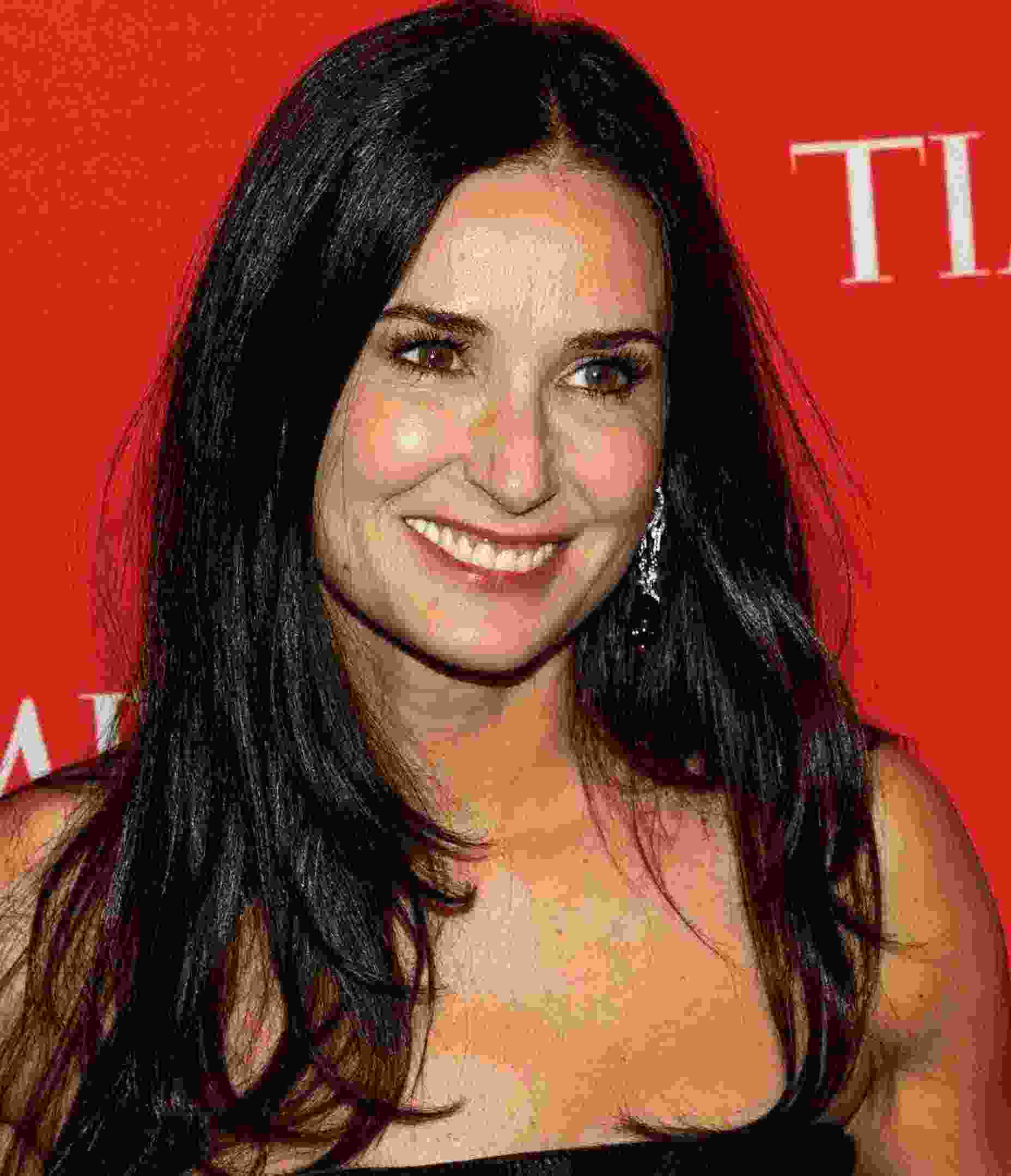 You have to acknowledge a problem exists before you can actually go about finding a solution.

Don't let your wounds make you become someone you're not

Demi Moore is an American actress, former songwriter, and model who is best known for her personal relationship with the actors Bruce Willis and Ashton Kutcher. Moore is best known for her appearance in the movie, “Ghost”, “Blame It on Rio”, “St. Elmo’s Fire”, and “About Last Night”. Moore’s memoir titled “Inside Out” is set to be released on September 24, 2019.

What is Demi Moore Famous for?

When was Demi Moore Born?

Demi Moore was born on November 11, 1962, in Roswell, New Mexico, United States. Her birth name is Demi Gene Harmon. Her nationality is American. Moore belongs to mixed(English and Scottish) ethnicity while Scorpio is her zodiac sign.

Demi Moore was born to an Air Force airman Charles Harmon, Sr.(father) and Virginia(mother). Her biological father, Charles left her mother after two-months of their marriage before the birth of Moore.

Later, when Moore was three months old, her mother married Dan Guynes, a newspaper advertising salesman. Dan adopted her and raised her.

Moore moved to West Hollywood, California, where she attended Fairfax High School. However, when she was 16, she moved out of my family’s house and left high school in her junior year.

Moore as a child suffered from strabismus and kidney dysfunction. She came to know about her biological father when she was 13.

When did Demi Moore Start Her Professional Career?

Is Demi Moore Married? How Many Children Does She Have?

Demi Moore is married for thrice throughout her entire life until date. Moore was previously married to a musician, Freddy Moore who is 12 years senior to her. Moore at the age of 17 got married to Moore on February 8, 1980, just after Freddy got divorced from his first wife, Lucy.

After then, Demi began using Freddy’s surname as her stage name. However, Demi filed for divorce and they got separated officially on August 7, 1985. Later, Moore got engaged to actor Emilio Estevez. The couple planned to marry in December 1986 but called off the engagement.

Moore married her second husband, the actor Bruce Willis on November 21, 1987. The couple together has three daughters together: Rumer, Scout, and Tallulah. However, after 11 years of marriage, they announced for separation on June 24, 1998, and filed for divorce on October 18, 2000.

Moore also dated the martial arts instructor Oliver Whitcomb, for three years from 1999 to 2002. After then, Moore began dating actor Ashton Kutcher(15 years younger) in 2003. The couple married on September 24, 2005. However, the couple got divorced on November 27, 2013, after Moore filed for divorce in 2011.

In her upcoming memoir, “Inside Out” it has been written that Moore had a miscarriage from Kutcher. The reason is given that she was drunk.  The couple even had thought the name for their upcoming baby girl but couldn’t do so. Currently, Moore is single.

Is Demi Moore A Millionaire?

Considering all the hard works and time that Demi Moore has put on her career as an actress, Moore has managed to amass a great fortune of the amount in dollars through her movies and TV shows. Moore has an estimated net worth of $150 million dollars.

Moore adds more to fortune through her modeling and endorsement deals. Moore has a great car collection as she has a 2012 Lexus LS 600h, Toyota Prius and Mercedes-Benz S 500 Sedan.

With all the million dollars that Moore has earned till date, Moore has been able to live a lavish and luxurious lifestyle.

How Tall is Demi Moore?

The 56-year-old actress, Demi Moore has a well maintained perfect slim body physique though her age is too old to believe. Moore has managed to get a slim body even in her fifties. Moore stands tall with a height of 5ft. 5inch.(1.65m) while her body weighs around 54kg(119 lbs).

Moore has a body measurement of 36-25-36 inches with 32 B as her bra size, 7(US) as her shoe size and 4(US) as her dress size. Talking about her looks, Moore has a fair complexion with dark brown hair and hazel green eyes.

Our contents are created by fans, if you have any problems of Demi Moore Net Worth, Salary, Relationship Status, Married Date, Age, Height, Ethnicity, Nationality, Weight, mail us at [email protected]