Derek T. Brunson is an American mixed martial artist who currently competes in the middleweight division for the Ultimate Fighting Championship. As of August 4, 2020, he is #7 in the UFC middleweight rankings. 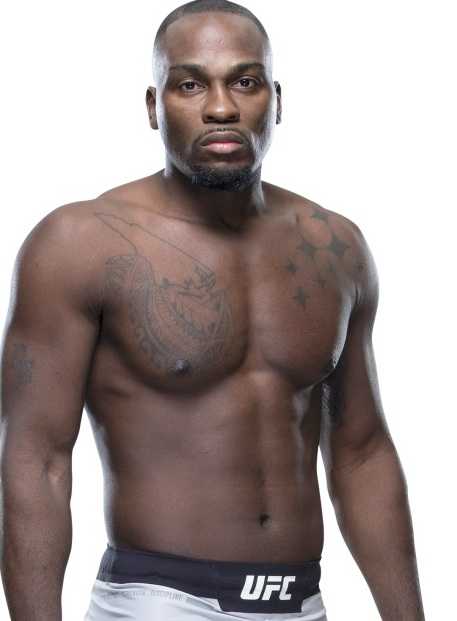 Sports are sometimes unforgiving, and it is what it is. Take my fight with Jacare. I had the flu and I went to the doctor and I had to get nursed back. I didn't train for like 10 days and I fought four or five days later.

I match up against everybody well. I just have to stay consistent and keep going out there winning fights.

Middleweight is the best division in the UFC, in MMA in my opinion.

Derek Brunson is an American mixed martial artist with a purple belt in Brazilian Jiu-Jitsu. Brunson currently fights in the middleweight division for the “Ultimate Fighting Championships”. Brunson is ranked as the #8 in official UFC middleweight rankings.

Derek Brunson was born on January 4, 1984, in Wilmington, North Carolina, United States. His birth name is Derek T. Brunson. His nationality is American. His ethnicity is African with Capricon as his zodiac sign.

Brunson attended John T. Hoggard High School and got a scholarship in both cheerleading and wrestling under the coach Dan Willis.

He graduated from the University of North Carolina at Pembroke, with a Bachelor of Arts in criminal justice.  He was a 3-time Division II All-American wrestler during college.

When he finished college, he immediately turned his attention to mixed martial arts and started his training at Renzo Gracie Jiu-Jitsu and Jackson’s MMA along with Jon Jones.

The tall and darkly handsome, Derek Brunson is married. His wife’s name is still unknown.

He is proudly the father of three children: two daughters and a son Elijah.

Derek Brunson has an estimated net worth of $1 million.

Derek Brunson has a well maintained athletic body figure with biceps and triceps. He stands tall with a height of 6ft. 1inch.(1.85m) and weighs around 76 kg(185 lbs).

Our contents are created by fans, if you have any problems of Derek Brunson Net Worth, Salary, Relationship Status, Married Date, Age, Height, Ethnicity, Nationality, Weight, mail us at [email protected]