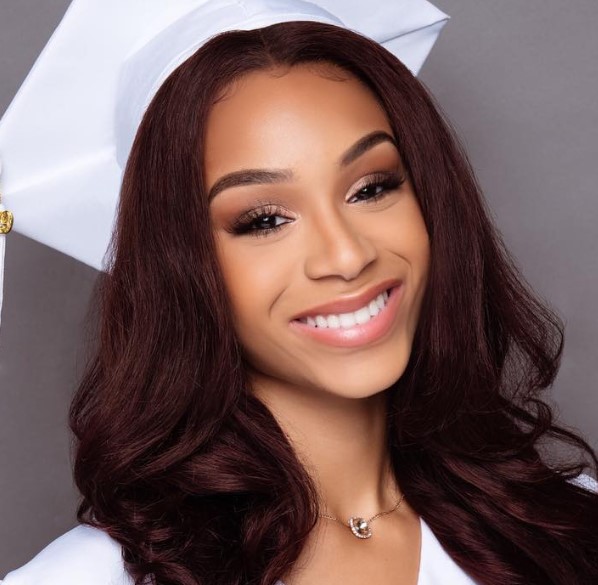 Deyjah Harris is an Instagram star who is known for the eldest daughter of the famous rapper T.I. She is also a model and she recently opens her clothing line at her young age. She often posted her social media accounts with numerous dresses. She has more than 1.5M followers on her Instagram, 157.4K followers on her Twitter, and 592.1K followers on her Facebook accounts. Let’s know more about her through this article.

What is Deyjah Harris famous for?

Where is Deyjah Harris from?

Recalling her early life, Deyjah was born in Atlanta, Georgia, the USA to her parents, T.I. and Ms. Niko in the year 2001. Her father is a famous rapper while her mother is a singer. Similarly, she is of American nationality and belongs to Afro-American. Sadly, her parents divorced in 2016 and they are working for reconciliation. Further, she has six half-siblings from her parent’s previous relationship. They are Messiah Ya’Majesty Harris, Domani Harris, King Harris, Major Harris, Jaela, and Soniah. Her birth sign is Gemini.

For education, She was a graduate from Woodward Academy.

What does Deyjah Harris do?

Who is Deyjah Harris’s boyfriend?

Reflecting on her personal life, Deyjah has kept secrets her private life out of media. At present, She seems pretty busy flaunting her dresses and other personal stuff to her Instagram followers. Similarly, She is quite closed to her family and often shares about her parents and siblings on her social media. Further, She made a huge controversy among her fans after she posted photos with a massive ring on her ring finger. As of now, she probably single and currently resides in Los Angeles, California.

Deyjah is back in action weeks after her father caused controversy with his virginity test admission. After that, She was dragged into the public eye with T.I.’s comments about taking her to a gynecologist annually. He dropped the bombshell while on the podcast “Ladies Like Us.” T.I. said, he checked to see if her hymen was still intact every visit. He believed it would tell him if she was a virgin or not. The rapper even admitted making her sign medical releases to allow him to see her tests.

After receiving major backlash from social media users, the rapper eventually apologized for his comments. She, on the other hand, remained mute. On the new season of “T.I. & Tiny: Friends & Family Hustle,” She finally broke her silence about her father’s remarks and how it impacted her. She said in the new trailer, “After all of this, it’s changed, honestly.”

His father later apologized to her for his comments on Jada Pinkett Smith‘s “Red Table Talk.” He said on the Facebook series, “She did have a problem with me talking about it and I understand that and I am incredibly apologetic to her for that.”

Also, The hosts of the podcast “Ladies Like Us”, issued an apology for not criticizing T.I. in the moment, “To everyone confused, angry and hurt by the recent episode of “Ladies Like Us”, we want to start off by saying that we sincerely apologize for our knee jerk reaction to the uncomfortable topic. We were completely caught off guard/shocked and looking back, we should have reacted much differently in the moment.”

How much is Deyjah Harris worth?

Being an Instagram star, Deyjah has a decent amount of money and fame through her profession. He earned $1500 per her Instagram post. Also, She earned through her clothing line which she invests for her study and essentials. As of now, she enjoys a lavish lifestyle.

How tall is Deyjah Harris?

Observing her body physics, Deyjah stands a height of 5 feet 5 inches and weighs around 55 Kg. Similarly, she has a pair of brown eyes and black hair color. Further, her body measures around 34-24-35 inches and she used 34B bra size.

Our contents are created by fans, if you have any problems of Deyjah Harris Net Worth, Salary, Relationship Status, Married Date, Age, Height, Ethnicity, Nationality, Weight, mail us at [email protected]